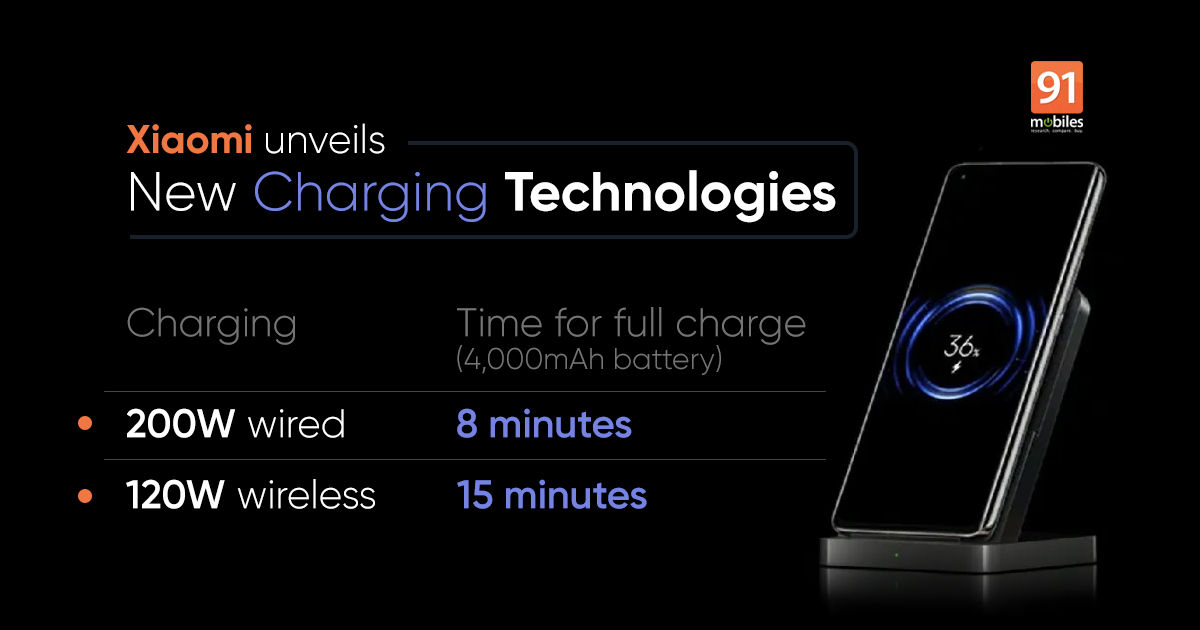 Charge up to 100% in just 8 minutes using wired charging and 15 minutes wirelessly! #XiaomiHyperCharge

Too good to be true? Check out the timer yourself! #InnovationForEveryone pic.twitter.com/muBTPkRchl

Having a phone charged from 0-100 in under 10 minutes will be very convenient for users. However, it could have adverse effects on the health of the battery. Xiaomi hasn’t said anything on how it plans to protect the battery health while charging the smartphone at such a high wattage. Hopefully, we will get a deeper dive into the HyperCharge tech soon. Also, the Chinese smartphone maker hasn’t revealed if the HyperCharge technology will actually make it to any of its smartphones. Even if Xiaomi plans to bring this technology to its upcoming smartphones, it will take quite a lot of time for the brand to do so as it will have to solve a lot of issues that will arise with high wattage charging.