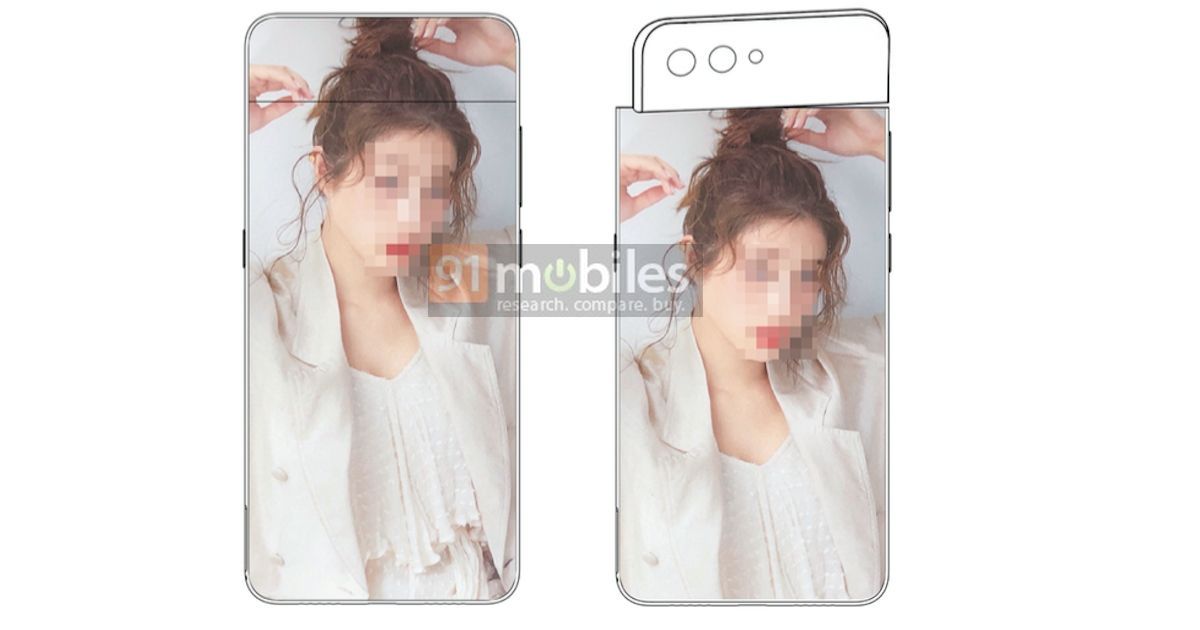 Xiaomi has patented a unique smartphone design, wherein the camera module can rotate to the front to act as the selfie camera. First spotted by 91mobiles, the Xiaomi design patent filed with China’s National Intellectual Property Administration (CNIPA) shows a phone whose display panel is split into two parts — the bigger portion is the main display panel, while the smaller portion has the display on the front and the camera module on the back. The smaller portion can twist to the front to bring the camera module to the front to take selfies or to do video calls. The part of the display can also act as a secondary screen when it moves to the back. We have seen a few phones with a flip camera or rotating camera designs in recent times, but none of them are quite like the design that Xiaomi has patented.

As you can see from the patent images above, a small part of the top display is separate from the rest of the screen and can horizontally twist via some hinge mechanism. The display can be rotated to the back, allowing the rear cameras to come to the front. When moving the top part of the display, we see that the content on the screen will automatically (almost) fit to the new aspect ratio. This is yet another design that primarily aims to eliminate the selfie camera to reduce the bezel size. It is unclear whether the camera module will automatically switch to the front when the phone is unlocked to authenticate the user via face unlock.

When moving the top part of the display, we see that the content on the screen will automatically (almost) fit to the new aspect ratio.

The overall design looks fairly challenging and it may not be seen on a commercial smartphone. It essentially requires the display to be divided into two parts, and this could cause some unease while viewing as the separating line would likely be noticeable. The design also brings about durability concerns with regards to the display as the accumulating dust build-up in the mechanically twisting module to slow down or not work.

Xiaomi has previously patented a design in which the flexible display moves to the back to turn the selfie cameras into the rear camera setup. Such a design is more likely to be real since we have seen phones with foldable displays already.

In the past, there have been smartphones from brands like Samsung and Asus such as the Samsung Galaxy A80 and ASUS 6Z that offer a flip camera design, wherein only the camera mechanism rises and flips to the front. A similar design has been patented by Xiaomi earlier this year, and it is possible that we may see this solution on a Xiaomi phone in the near future. In fact, a leaked teaser poster last year showed a Meitu phone with a flip camera module is in the works; Xiaomi handles the designing, manufacturing, marketing, and sales of Meitu-branded phones.