The JioFiber Entertainment Bonanza plans start at Rs 399 and go up to Rs 3,999, depending on the internet speed. The plans offer unlimited FUP and calling capabilities. Prepaid customers can move to postpaid to enjoy new benefits at no additional cost. The new plans will be made available to all users from April 22nd this year. 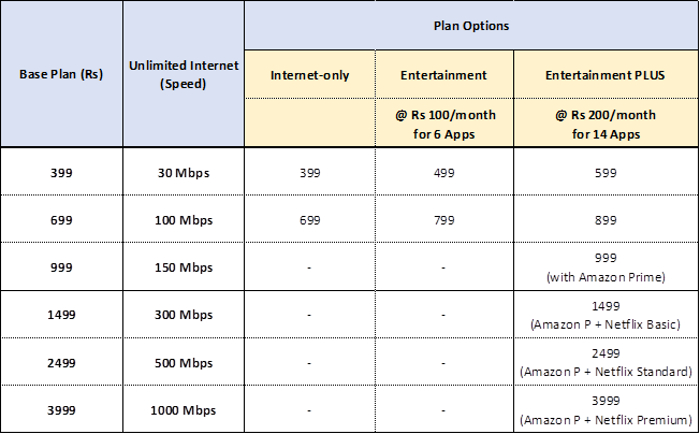 As mentioned, JioFiber prepaid customers can also access these plans by migrating to postpaid. They can do so by initiating a migration to postpaid and verifying through an OTP. For users without STB, they can schedule an appointment for the delivery of Set Top Box after the payment of the JioFiber Entertainment Bonanza plan.