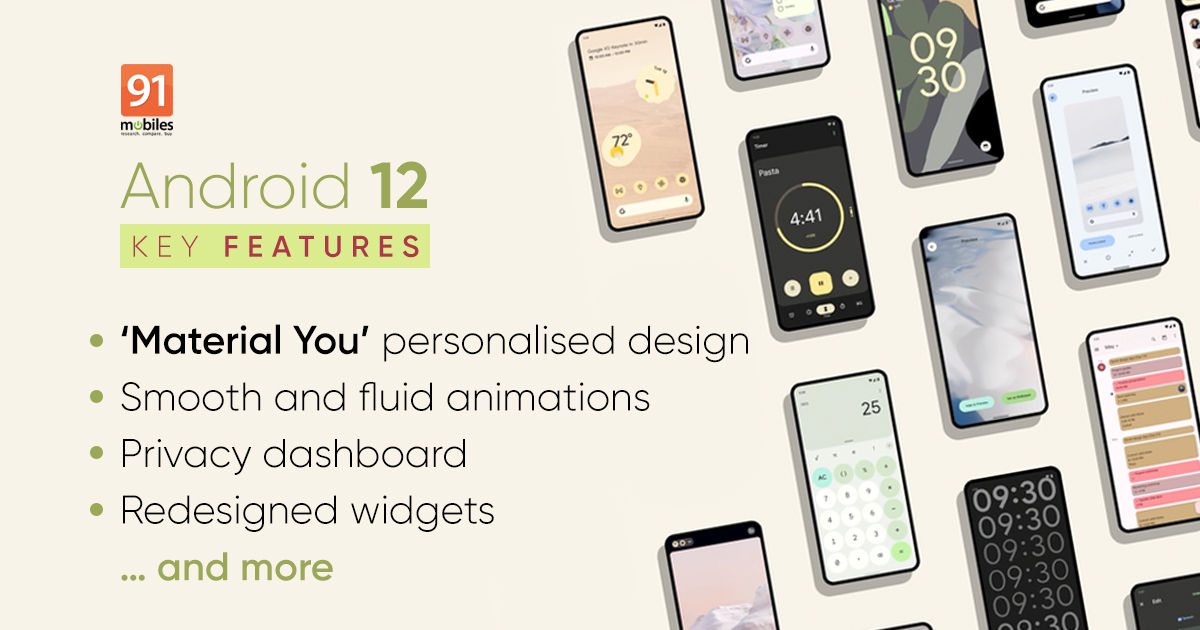 Android 12 features, update, and release details have officially been announced by Google at its I/O 2021 keynote. The company revealed the Android 12’s user-facing features, including a Material You design, tweaked UI, and more, which weren’t there in the developer previews that have been released so far. Additionally, the next major version of Android is said to be more personal, secure, and work with other devices. It also comes with a new clock animation, stacked notifications, new icons, a new media widget, redesigned brightness slider, a brand new look for the calculator app, and some new privacy and security features. The Android 12 update will start rolling out to eligible devices, including Pixel phones, later this fall. 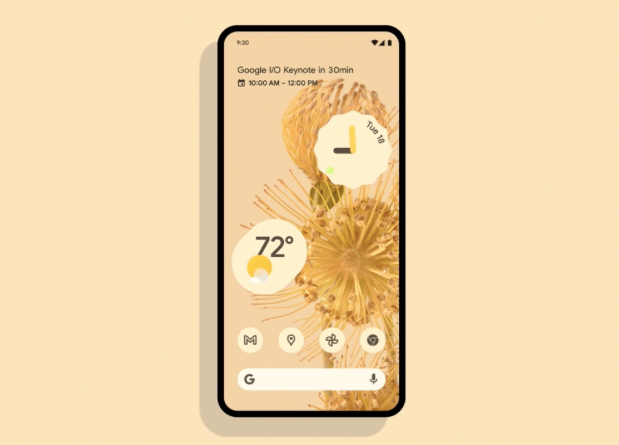 The biggest feature of Android 12 is the Material You design that features big, bubbly buttons, shifting colours, and smoother animations. It is “the biggest design change in Android’s history,” according to Sameer Samat, VP of product management, Android and Google Play. Android 12 is also said to be more personalised, expressive, and dynamic than ever before, with a custom colour palette and redesigned widgets. “Based on the wallpaper you choose, the system will automatically determine which colours are dominant and apply them across the entire OS: the notification shade, the lock screen, the volume controls, new widgets and much more,” the company explained in its blog. 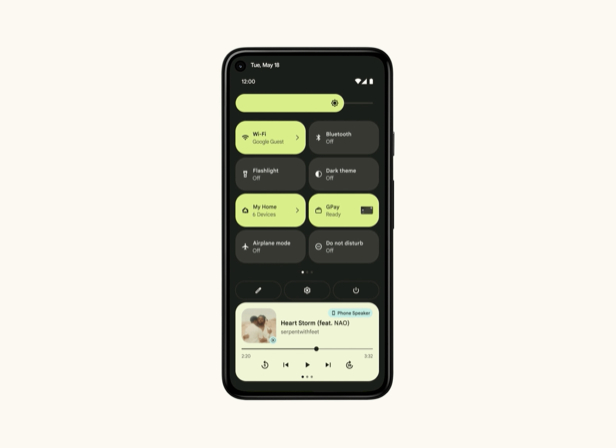 Android 12 is claimed to be faster and more responsive with better power efficiency. “This was achieved by some under-the-hood improvements including reducing the CPU time needed for core system services by up to 22 percent and reducing the use of big cores by the system server by up to 15 percent,” added Google.

There are improvements on the animations and scrolling as well. For example, when you dismiss your notifications on Android 12 on the lock screen, the clock will appear larger so you know when you’re all caught up. Additionally, Google has redesigned the notification shade, quick settings, and the power button. The Android 12’s notifications shade is said to be more intuitive and playful, whereas the Quick Settings will let you control ‘practically the entire operating system with a swipe and a tap.’

On the privacy and security front, the Android 12 comes with a new privacy dashboard that is believed to offer a single view into your permissions settings as well as what data is being accessed and an option to revoke it. The OS will also keep you posted on which apps are accessing your microphone or camera, with a new indicator to the top right on the status bar. Then, there are approximate location permissions, which give a rough location to the app that wants to access your location instead of the actual, and Private Compute Core for features like Live Caption, Now Playing and Smart Reply.