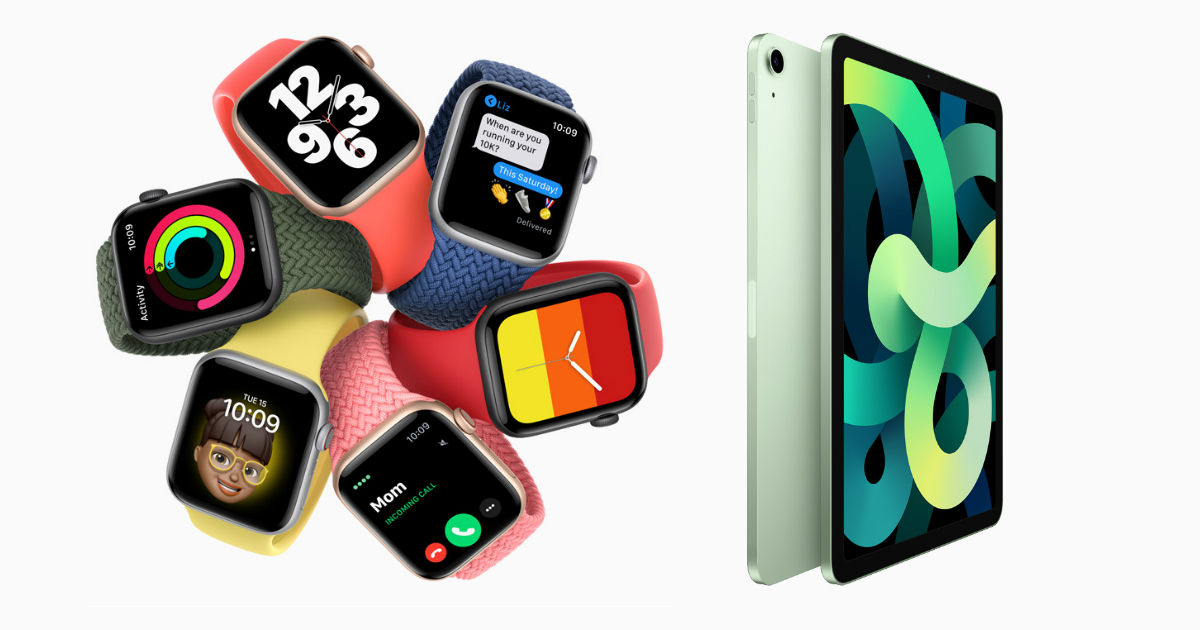 Apple announced some brand new Apple Watch and iPad models at its ‘Time Flies’ event on Tuesday. The event, which saw no new iPhone announcement, still managed to entertain one and all with some impressive hardware. The company unveiled the Apple Watch Series 6 flagship smartwatch alongside the low-cost Apple Watch SE model. We also saw the new iPad Air 2020 powered by the latest A14 Bionic chipset and the iPad (8th Gen) featuring the A12 Bionic. All of these products, including the new Apple One bundle plan, are coming to India soon and the company has revealed their India prices as well.

In addition to the starting prices, Apple has revealed the prices for all variants of the iPad Air 4th Gen and iPad 8th Gen in India. The prices are as below:

Apple hasn’t revealed the exact release dates for these products, but we expect some of them to go on sale by the end of the month or early October. Note that the Apple Watch SE and Series 6 come in 40mm and 44mm sizes and the company is yet to reveal the full set of prices for all the variants.