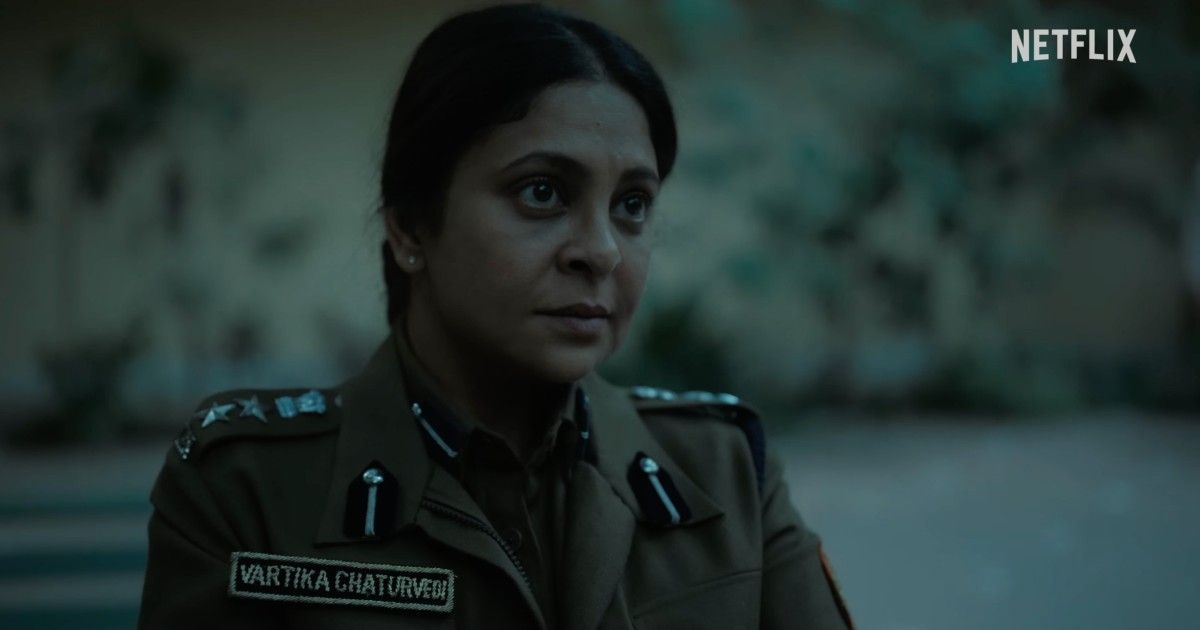 List of Delhi Crime-like shows: IMDb rating and where to watch

Breathe is a crime drama streaming on Amazon Prime. The 2018 series star R. Madhavan and Amit Sadh in lead roles, where they both are engaged in a cat and mouse game. It shows to what extent a father can go to in order to save his dying kid. An ordinary man becomes an extraordinary father when faced with an extremely difficult situation, but a CBI officer is out there to stop him. It is a game between the right and the wrong, but who is wrong actually? Watch Breathe to find out. Along with Breathe, you can also watch season 2 – Breathe: Into the Shadows, starring Abhishek Bachchan and Amit Sadh in yet another thrilling crime drama.

Another Amazon Prime crime drama that will keep you tossing and turning unless you reach the last episode is Paatal Lok. The crime based drama is loosely based on Tarun Tejpal’s novel The Story of My Assassins and stars Jaideep Ahlawat, Gul Panag, Neeraj Kabi, Swastika Mukherjee, Ishwak Singh, and Abhishek Banerjee in pivotal roles. It is a story of a police officer who is given the case to solve an attempted assassination of a journalist. Although all the four suspects have been nabbed, the case is not simple in the least. While trying to unravel the mystery, he comes across shocking incidents that eventually lead him to the dark and scary netherworld or Paatal Lok.

One of the most popular crime based dramas is Sacred Games, which is based on Vikram Chandra’s novel of the same name. This neo-noir crime series is India’s first Netflix original and its Season 1 was released in 2018 and Season 2 was released in 2019. Saif Ali Khan and Nawazuddin Siddiqui star in lead roles with each giving an impressive performance as a cop and a criminal, respectively. The story revolves around a troubled cop and a crime lord who share a common link in the past. This connection comes to the fore when the honest police inspector tries to save the city of Mumbai after getting a cryptic warning from the fugitive gang boss.

Jamtara – Sabka Number Ayega is a crime drama based on a phishing scam operated by youngsters of Jamtara, which is a district in Jharkhand. Inspired by true events, the story of this Netflix crime based drama revolves around a bunch of youngsters, who use their intelligence to run a social engineering operation instead of doing something great and lawful. Everything is going smoothly as per the two masterminds – Rocky and Sunny – until a corrupt politician comes to know about their phishing operation and wants a share in it. There is a cop as well who wants to put an end to the phishing scam and capture the culprits.

Crime Stories is a Netflix original docuseries that follows the work of Bengaluru city police as they try to solve heinous cases. Inspired by true events, this crime-based drama comprises four episodes with three focusing on murder investigation while the fourth one deals with the kidnapping of a baby girl. The series focuses on a team of police officers that work tirelessly to solve these cases so that justice is served in the end. It shows the trials and tribulations of solving any criminal case by police officers whose careers are marked with challenges and uncertainty. The simple and realistic approach of this series separates it from the other crime-based dramas on our list.

Another Netflix crime drama that will pique your interest is Aranyak, which stars Raveena Tandon, Parambrata Chatterjee, and Ashutosh Rana, among others. Two honest police officers are in-charge of rape case of a teenage girl Aimee, who is visiting her mother in the fictional town of Sironah in Himachal Pradesh. While investigating, they come across a myth about a supernatural being called the Nar Tendua, challenging political ploys and a couple of suspects that make it daunting for them to solve the case. Along with professional problems, these two officers are battling their own demons. However, they need to bury the hatchet to solve this puzzling murder case.

Created by Imtiaz Ali, She is a popular crime-based drama streaming on Netflix. It is a story of a young female constable in the Anti Narcotics team who needs to go undercover to expose an infamous drug lord. During her undercover assignment, she pretends to be a prostitute and subsequently, discovers her dormant sexuality’s potential which works in her favour and bails her out of trouble many times. However, this undercover mission is not easy for her as she is always under the pressure of getting exposed. Moreover, at home too, she doesn’t have it easy as she has to work on her divorce, look after her ailing mother, and help her younger sister who is studying in college.

Abhay is a ZEE5 Original Indian Hindi-language crime-based drama which stars Kunal Khemu in the titular role and marks his digital debut. Superintendent of Police Abhay Pratap Singh is a smart and gutsy police officer who is on a mission to justice. He is smart, intelligent, and sharp but with a mind of a criminal which makes it easy for him to outwit any criminal. This investigating officer can go to any extent to solve the case and catch the criminals. To date, three seasons have been released on ZEE5 with the plot getting edgier and darker with each season.

Asur is a crime-based drama on Voot that stars Arshad Warsi, Barun Sobti, Sharib Hashmi, and Amey Wagh in pivotal roles. Asur is an adaptation of Hindu mythology and is set in the holy city of Varanasi. The story revolves around Nikhil Nair (Barun Sobti) who is a former forensic expert and now a teacher. After a sabbatical, he returns to the Central Bureau of Investigation, hereafter he teams up with Dhananjay ‘DJ’ Rajpoot – his former mentor – to catch a ruthless serial killer that leads to a deadly cat and mouse chase that is full of uncertainty, mythology, and murders.

10. Indian Predator: The Butcher of Delhi

Indian Predator: The Butcher of Delhi is a true-crime-based docuseries that recounts one of the most atrocious serial killings in the history of India. This story follows the gruesome killings by Chandrakant Jha between 2003 and 2007. He would mutilate the bodies of victims he killed and leave notes for the Delhi police showing his hatred against the system. Upon getting arrested, Chandrakant Jha narrates his troubled and dark history with the police force. Investigations reveal his disturbed mental health and social implications. This true account of the serial killing by Chandrakant Jha is not for the faint-hearted.