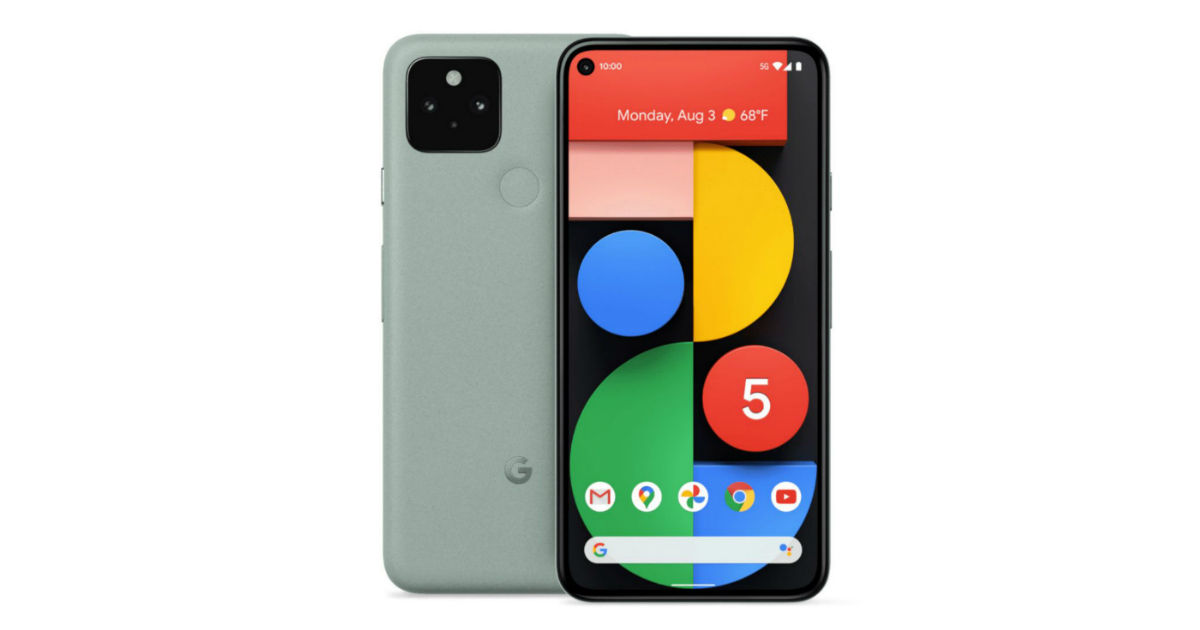 A UK-based YouTuber has posted a hands-on video of the latest Google Pixel 5. The video reveals an interesting tidbit about the flagship, which was launched alongside Pixel 4a 5G a few days ago. The Pixel 5 leverages an under-display speaker, which is a technology that has been seen previously on phones like the LG G8. Unlike the Pixel 4a and Pixel 4a 5G, the Pixel 5 doesn’t have a visible top speaker. The top speaker is placed under the 6-inch OLED display. This is in line with the Pixel 5 hardware diagram that was earlier spotted on Reddit. The under-display speaker technology vibrates the screen to emit sound.

Also read: Google Pixel 4a price in India listed on Amazon, but don’t buy it just yet

While Google hasn’t said anything about the technology, LG and Sony – which have been using the tech on some of their devices – claim that the under-display speaker offers impressive sound and acoustic experience. That said, the YouTuber has given a tour of the Pixel 5 in a couple of videos he posted on his channel totallydubbedHD. The first video shows the general features of the phone such as design, along with in-box content, which includes USB Type-C to Type-C cable, a Type-C to Type-A adapter, and a Type-C adapter in the box. The second video, on the other hand, shows off the elements of Pixel 5 such as the wireless charging, display brightness, battery life, camera app, video stabilisation, and more.

Talking about the Pixel 5 specifications, it ships with Android 11 out of the box to take care of the software side of things and dual-SIM (Nano + eSIM) support for 5G connectivity. The handset sports a 6-inch full-HD+ (1,080×2,340 pixels) OLED punch-hole display with 19.5:9 aspect ratio, 90Hz refresh rate, and Corning Gorilla Glass 6 protection. At its core lies Snapdragon 765G SoC paired with 8GB of LPDDR4 RAM and 128GB of onboard storage that isn’t expandable via a microSD card.

In optics, the phone features dual selfie cameras, which includes 12.2MP primary sensor with an f/1.7 lens and a 16MP secondary sensor with an f/2.2 ultra-wide-angle lens. For selfies and video chats, the Google Pixel 5 features an 8MP camera at the front with an f/2.0 lens. Both the rear and front cameras support 4K video recording at up to 60fps.

The handset houses a 4,080mAh battery with support for 18W fast charging, wireless charging, and reverse charging. Connectivity options include 5G, 4G LTE, Wi-Fi 802.11ac, Bluetooth 5.0, GPS/ A-GPS, NFC, and a USB Type-C port. Sadly, Google Pixel 5 (and Pixel 4a 5G) will not be launching in India. The phones will go on sale only in nine countries including Australia, Japan, the UK, and the US. Meanwhile, the Pixel 4a will be releasing in India this month.