A couple of years back, Samsung seemingly followed the mantra “throw everything at the wall, and see what sticks“. However, in 2019, I think this could be changed to “throw those things at the wall, which will definitely stick“. To say that the Korean behemoth has been under immense pressure – not just from Xiaomi, the current number one smartphone maker in India, but also other players like OPPO, Vivo and the new entrant Realme – would be an understatement. In 2019 however, the Chaebol seems to be taking the fight to the competition in a concerted manner. In fact, Samsung has already launched more than half a dozen smartphones this year and the first quarter of 2019 isn’t even over yet. The assault started with the Galaxy M10 (review) and M20 (review) which were part of the brand’s strategy to cater to millennials, with the latest offering in the series being the Galaxy M30 (first impressions). Having reviewed the Galaxy M20, I was quite excited to check out its pricier sibling and I have to say that Samsung has managed to impress yet again. Wondering why I’m saying that? Read on to find out in this review of the Samsung Galaxy M30. 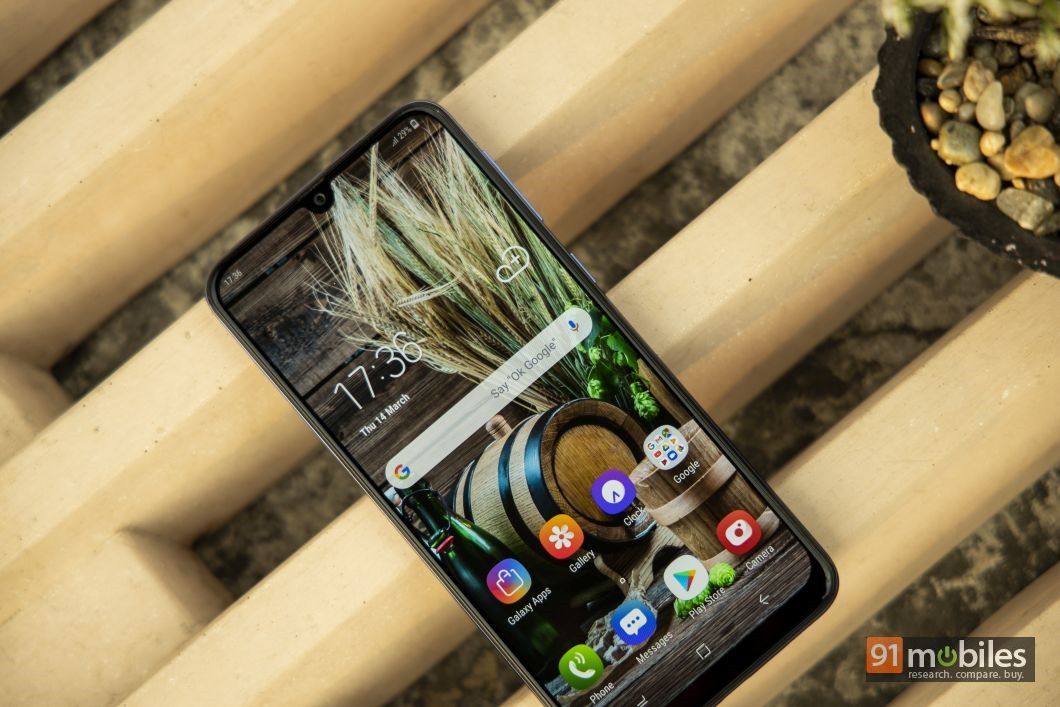 Considering that the Samsung Galaxy M30 is currently the most affordable smartphone with triple rear cameras, let’s start the review by taking a look at the handset’s imaging prowess. But before that, here’s a look at what the setup includes – a 13-megapixel shooter, an 8MP wide-angle lens and a 5MP sensor for depth-sensing purposes. Of course, you also get an LED flash for shooting in dim settings. At the front, the device ships with a 16-megapixel snapper. 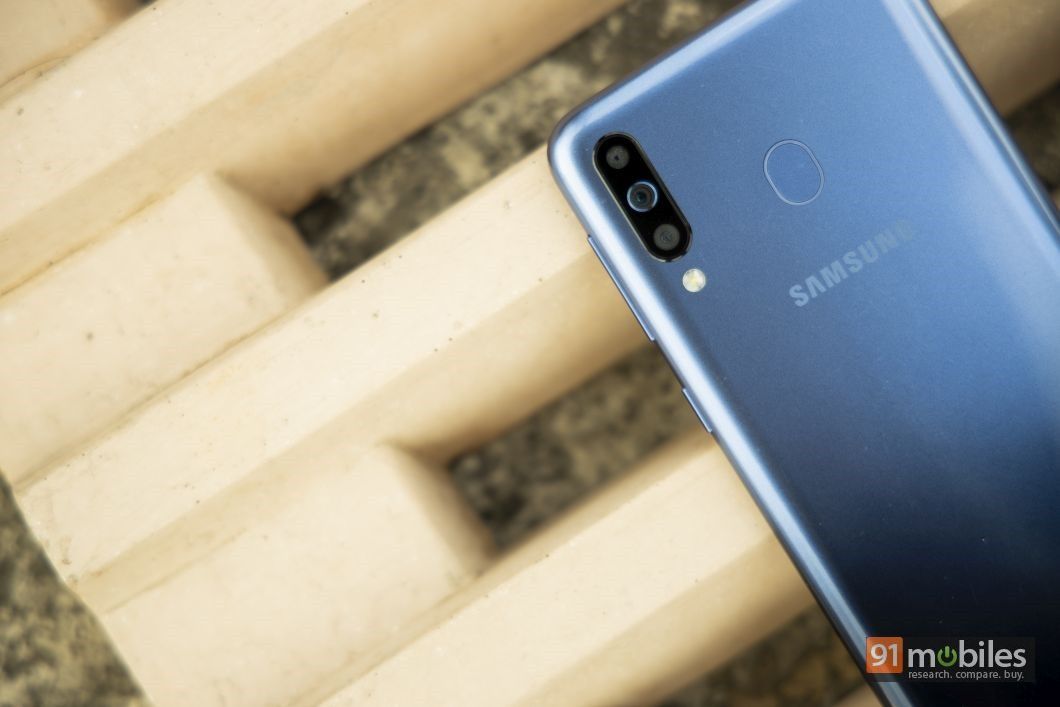 In terms of the camera interface, there’s no difference from the one on the M20. That means, all the options are nicely laid out, and switching between normal and wide-angle mode also requires just a single tap.

But of course, you’d be interested in knowing about the picture quality. Well, I’m glad to tell you that the Samsung Galaxy M30 won’t disappoint you with its image quality. Images shot in daylight have a high level of detail, and the colours are also reproduced quite accurately. The close-ups are pleasing as well, though the phone struggles in focusing in close quarters and autofocusing isn’t blazingly fast either. Sadly, low light isn’t the phone’s strongest suit as the sensor overexposes light sources, which takes away from the otherwise decent images (unless of course, you zoom in and see the grains). The wide-angle sensor however, is certainly what makes the M30 stand apart from its peers as not many devices can boast of this feature. It can give you a much wider perspective of the scene in front of you, though you need to compromise on sharpness and autofocusing ability in this mode. The fish-eye effect can be fixed with the use of the ‘Shape Correction’ option in the Gallery. Then there’s the depth sensor that ensures that you get a better depth-of-field effect with the subject being nicely separated from a blurred-out background. You also get the ability to control the amount of blur to ensure that you don’t get an artificial-looking image. I’ll now let the pictures do the talking, so without further ado, here’s a look at the camera samples of the Galaxy M30.

There’s no doubt that Samsung’s offering will draw most comparisons with Xiaomi’s 48-megapixel rear camera-toting Redmi Note 7 Pro, so if you’re wondering how these two phones stack up against each other, then I do have an answer for you. In daylight, while the M30 isn’t far behind, the shots captured by the Note 7 Pro are simply sharper and more vibrant, and no, you don’t need to click in the 48MP resolution to get such a high level of detail. In dim settings, the Sony IMX586 sensor in the Redmi Note 7 Pro does a brilliant job by combining four pixels into one to offer much better sharpness and colour reproduction. 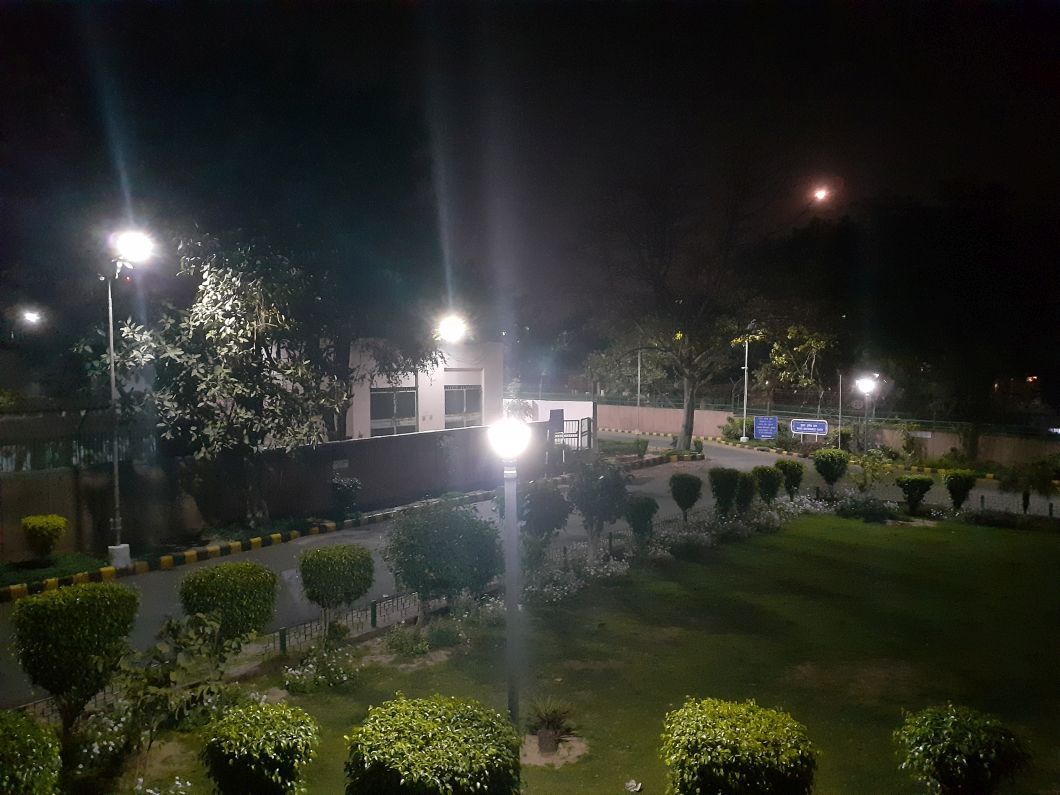 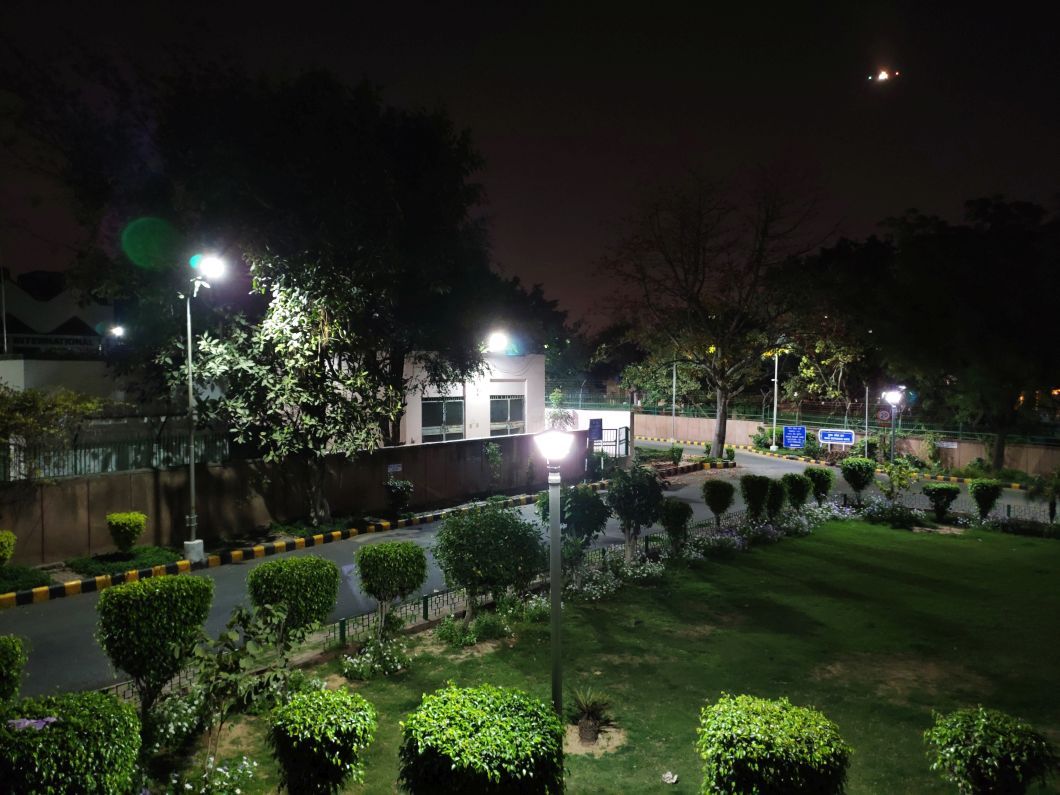 The M30 also loses out on the video recording front when compared to the Note 7 Pro, as the former can only capture up to full HD videos, while the latter supports up to 4k. But the footage is surely quite good and smooth, thanks to the inclusion of EIS. The Galaxy M30 also comes out ahead in selfie capabilities thanks to a better sensor, which ensures well-detailed, natural-looking images. The Live Focus mode to get the depth effect for selfies also works surprisingly well.

In terms of the build quality and looks, the Samsung Galaxy M30 isn’t much different from its siblings. You get the same, high screen-to-body ratio, thanks to an Infinity-V display panel and plasticky finish on the rear. That said, there are some subtle differences that make the M30 more attractive. 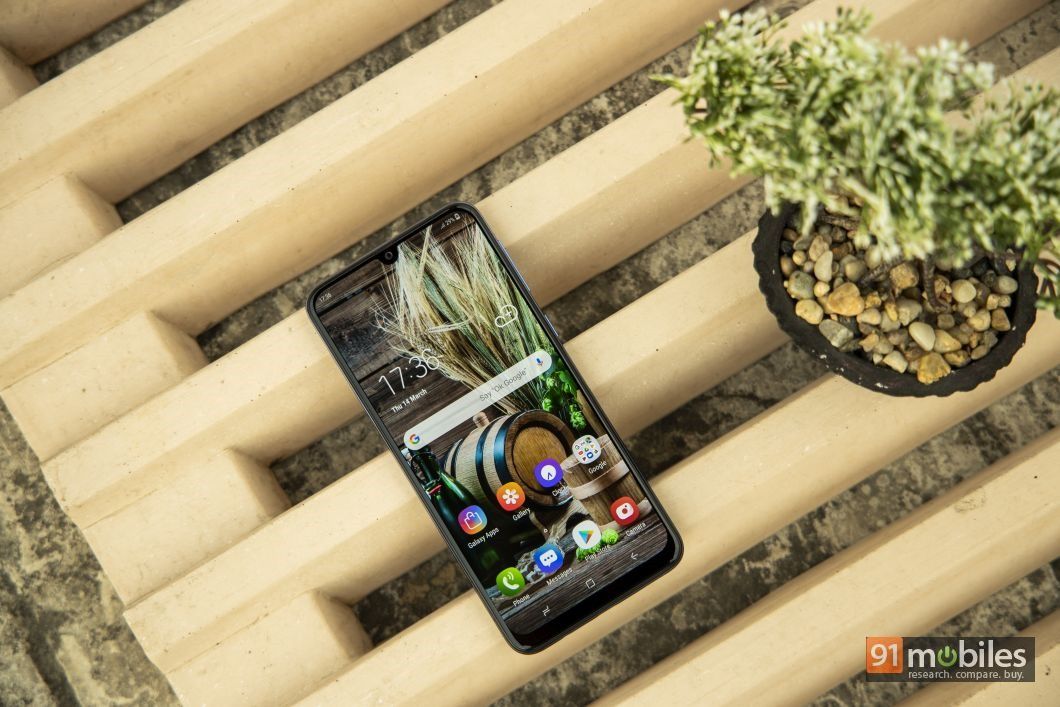 First and foremost, the South Korean giant has opted for a two-tone gradient finish on the back of the M30 that gives it a distinct characteristic. While you’ll find the blue colour on the upper portion – similar to the M10 and M20 – there’s a darker shade towards the bottom. The good thing is that the gradient is present on the sides too. Another interesting thing you’ll notice is the ring around the secondary camera of the M30, which is a rather nice touch, if you ask me. 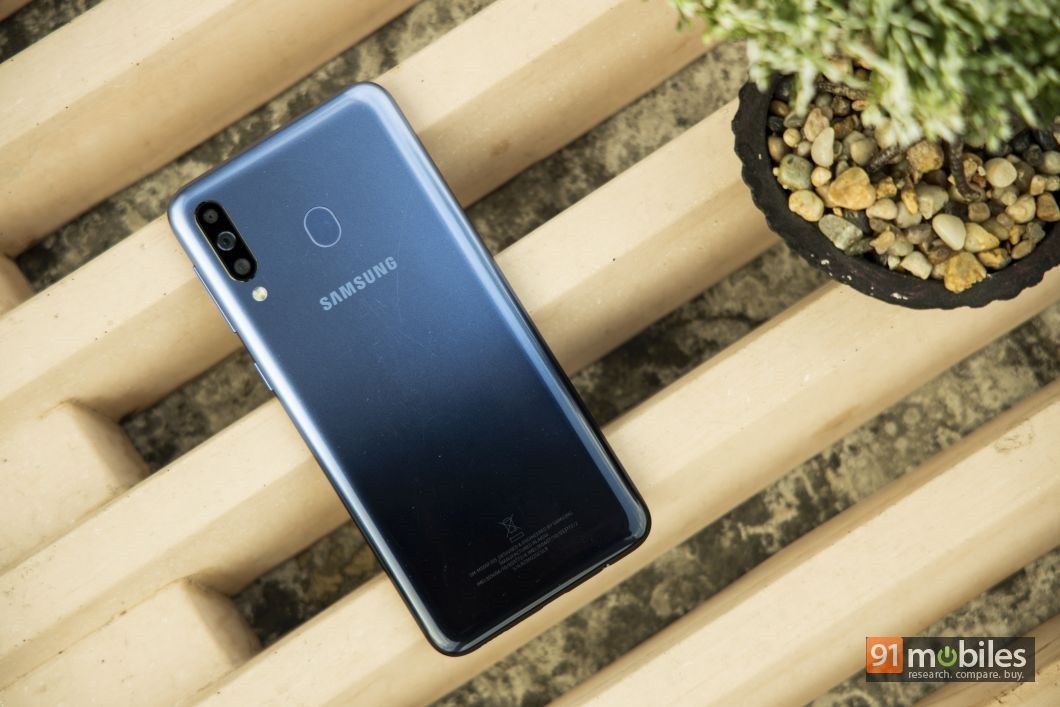 Other than that, the M30 has exactly the same design elements as its younger brothers (except for featuring a triple-camera array on the rear). What this also means is that the phone offers good ergonomics, thanks to the slightly curved edges and rounded corners. Along with the fast and accurate fingerprint reader, the device can also be unlocked with your face. While I won’t say that the the phone isn’t slippery, it certainly offers a better grip than glass-back phones. Not to mention that the Galaxy M30 is also able to keep fingerprints at bay, at least when compared to handsets with glass-sandwich designs.

Samsung Galaxy M30’s window to the world is a 6.4-inch screen, which uses a Super AMOLED panel unlike its siblings. Now I don’t have to tell you the benefits of the tech. Simply put, you get darker blacks and brighter whites, along with better contrast while being battery efficient. The tiny waterdrop-shaped notch up top also helps deliver an immersive multimedia experience. Plus, you even get the Always-on display feature which negates the need to picking up the phone every time to check your notifications. 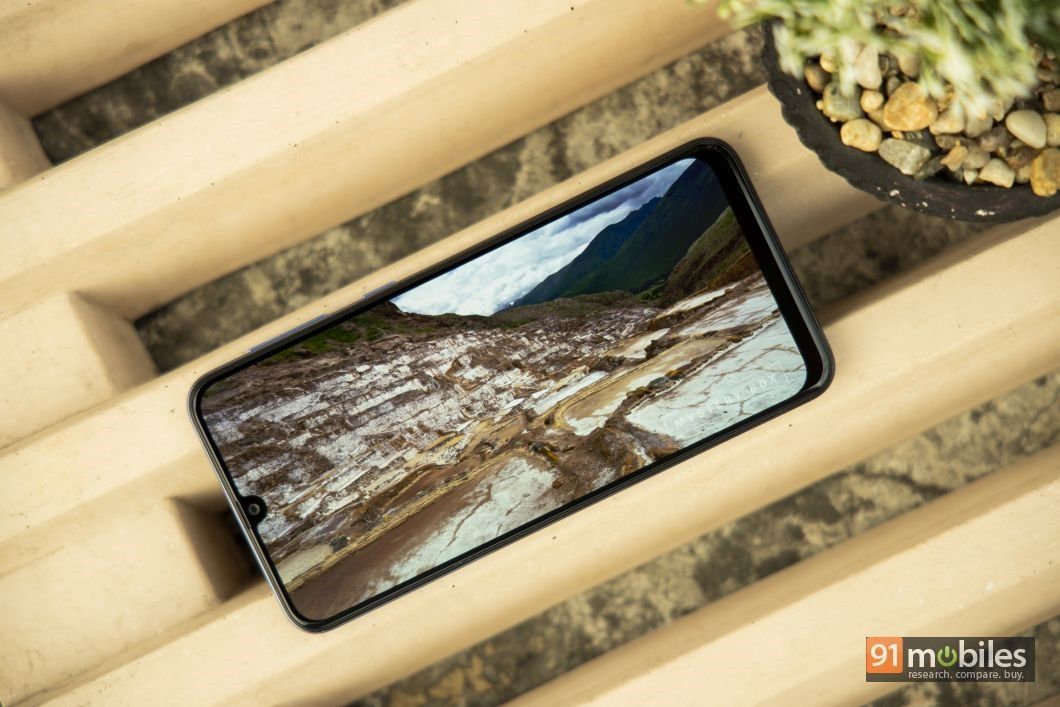 This is yet another area where the M30 doesn’t differ much from the M20. The phone draws power from the Exynos 7904 chipset, which works in tandem with 4GB / 6GB of RAM. Like I said in my review of the M20, the octa-core processor is more than capable of handling day-to-day tasks and multitasking is good too on the 4GB RAM model I reviewed. And while games like PUBG run fine, the handset does run into frame drops every now and then, and that too with medium graphics settings. Thankfully, thermals are kept in check and the phone only feels slightly warm after gaming for 30 to 40 minutes. 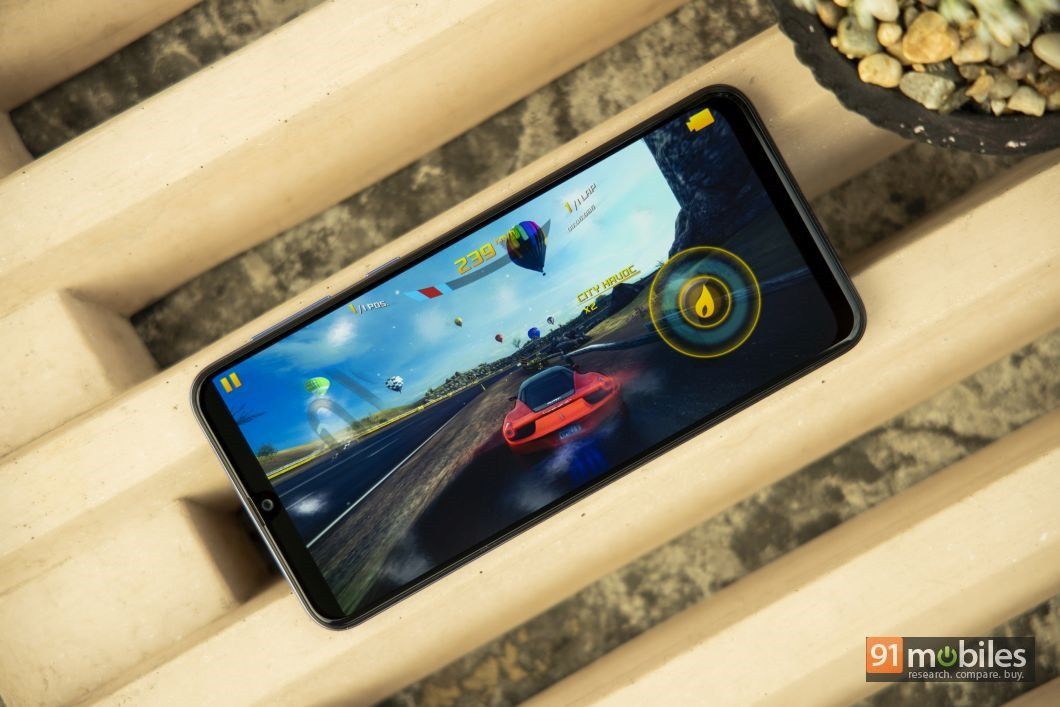 Taking care of your storage needs is 64GB memory onboard, which spares around 50.5GB for the end user. Courtesy a dedicated microSD card slot, you can expand the storage further by up to 512GB.

At the time of the launch of the M10 and M20, the phonemaker hadn’t launched smartphones with its new and refreshed One UI. But since then, Samsung has introduced the S10 lineup and the A series, both of which boot One UI out of the box. Which is why, it’s perplexing to see the M30 continuing with Experience UI 9.5, which is based on the last-gen Android 8.1 Oreo. As far as pre-installed apps go, you get My Galaxy, Samsung Max, and Galaxy Apps, among others. You also get a prompt to install more apps while setting up the device, but thankfully you can choose not to.

Of course, the battery continues to be the trump card of the M30. Similar to the M20, it comes with a 5,000mAh cell, which ensures that the phone can last more than a day of use and then some more. This reflected in our battery loop test as well, as the smartphone was able to playback an HD video on a loop non-stop for around 17 hours. And when you need to juice it up, you’ll be able to do that in a little more than two hours, thanks to the bundled 15W adapter.

To say that Samsung has made a solid comeback in the race would be underplaying the South Korean titan’s efforts. Within less than three months into 2019, the company has turned the Indian smartphone market on its head. It’s clear that the brand won’t let go of the numero uno position out of its sights, and that Chinese brands will have to work harder to grab its market share. The Galaxy M30 continues that stance by bringing never-seen-before features in the sub-Rs 15k segment. With an asking price of Rs 14,999 for its base model, it’s a solid all-round offering. 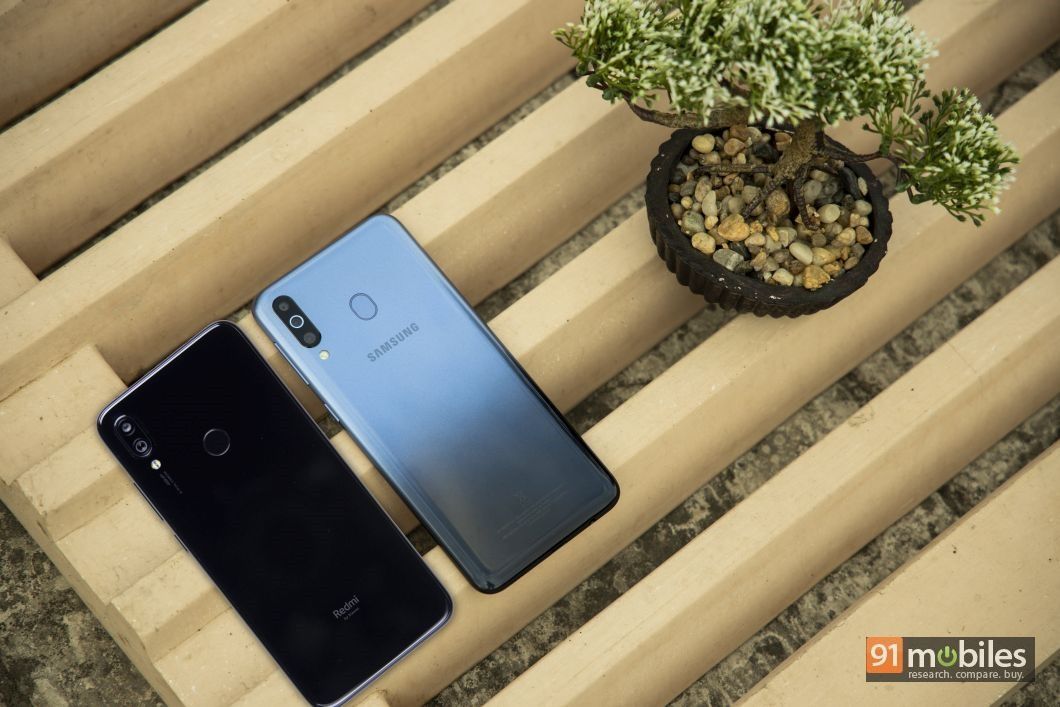 Having said that, the price tag pits the device squarely against the Redmi Note 7 Pro (review). And, Xiaomi does know a thing or two to entice spec-obsessed buyers. Due to the Redmi Note 7 Pro’s more powerful Snapdragon 675 SoC, high-res 48MP rear camera, and a sticker price that’s Rs 1,000 lower, it becomes hard to recommend the Galaxy M30. Then there are options like the ASUS ZenFone Max Pro M2 (review), which are also quite powerful. The upcoming Realme 3 Pro should also be a loaded offering in this price bracket, if its predecessor is anything to go by.

All said and done, the Galaxy M30 has definitely turned up the heat in the Rs 15,000 category and is among the best buys in the category.