“The Honor 4C is the latest entrant into the budget smartphone category. Our review” 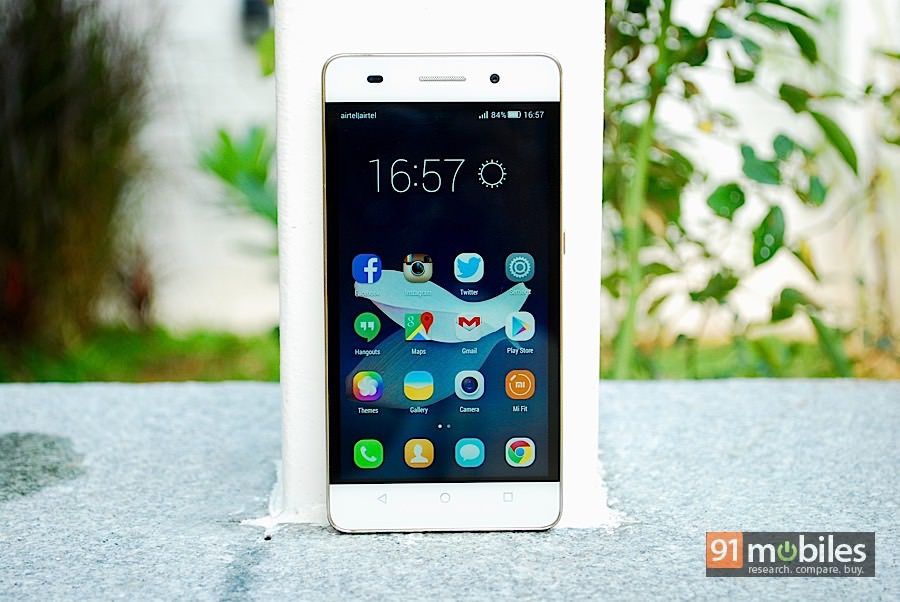 Huawei’s Honor sub-brand was announced back in December 2013, but the company didn’t actively market it in India until this year, when it launched the Honor 6 Plus (first impressions) and Honor 4X (review). Piggybacking off last year’s popular Honor 6 (review), both smartphones have received significant user interest, cementing the Honor brand as a formidable contender in the affordable smartphone space. A few weeks ago, Honor launched two new devices in India, the Honor 4C and the Honor Bee (first impressions). While the entry-level Honor Bee is targeted at first-time smartphone users, the Honor 4C is a lite version of the Honor 4X, and falls into the crowded sub-Rs 10,000 price band. But does it have what it takes to create a stir in the budget space? Our review has the answer.

The Honor 4X in a smaller guise 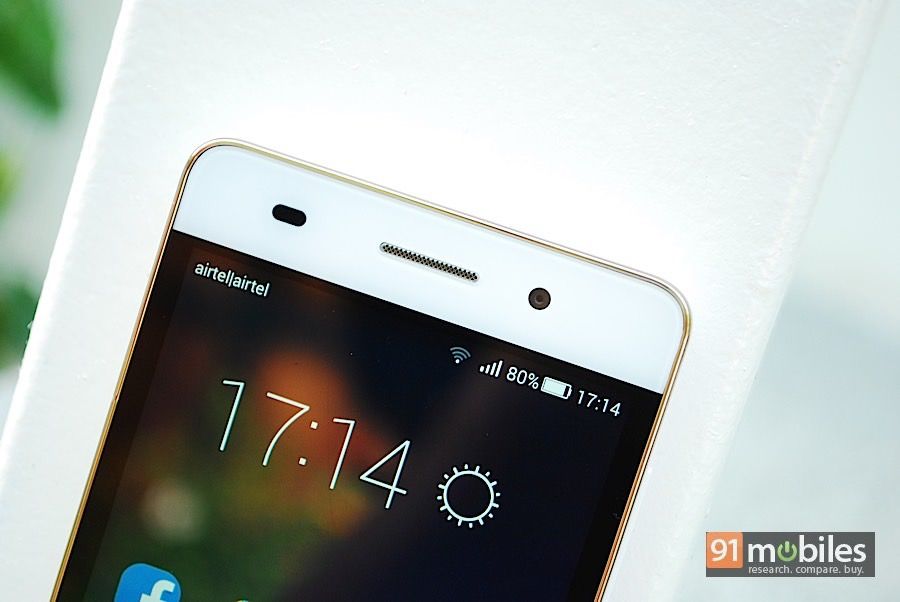 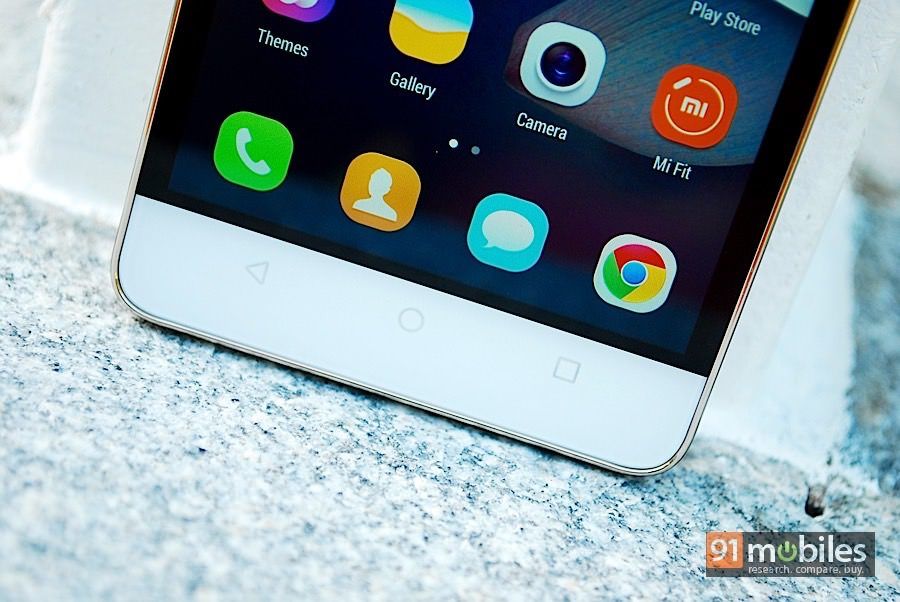 If you’ve seen the Honor 4X before, the 4C will look instantly familiar. It features the same blocky shape with rounded corners, and an identical textured rear panel too. The smartphone comes in black and white colour variants, and we had the former for review. Unlike the 4X, the white variant of the 4C features a gold trim around the display, adding an instant stylish touch to its otherwise staid looks. Above the screen you’ll find the earpiece, sensors, front camera and notification LED. On the fascia below are a row of capacitive Android keys. They’re not backlit, but are outlined in a shiny finish, which makes them easily discernable. 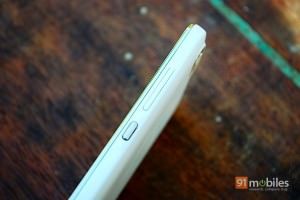 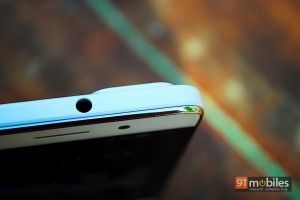 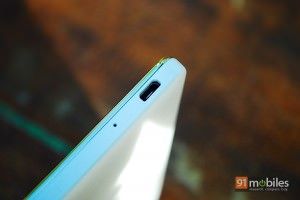 Located on the right spine are the volume rocker and power button, while the top edge houses the 3.5mm audio jack. The micro-USB port and primary microphone are situated on the bottom edge. Flipping the phone around, you’ll be greeted by Honor branding on the rear panel. On the top left is a metallic gold oval holding the primary camera and LED flash. There’s a secondary microphone on the top as well, along with a loudspeaker grille at the bottom. 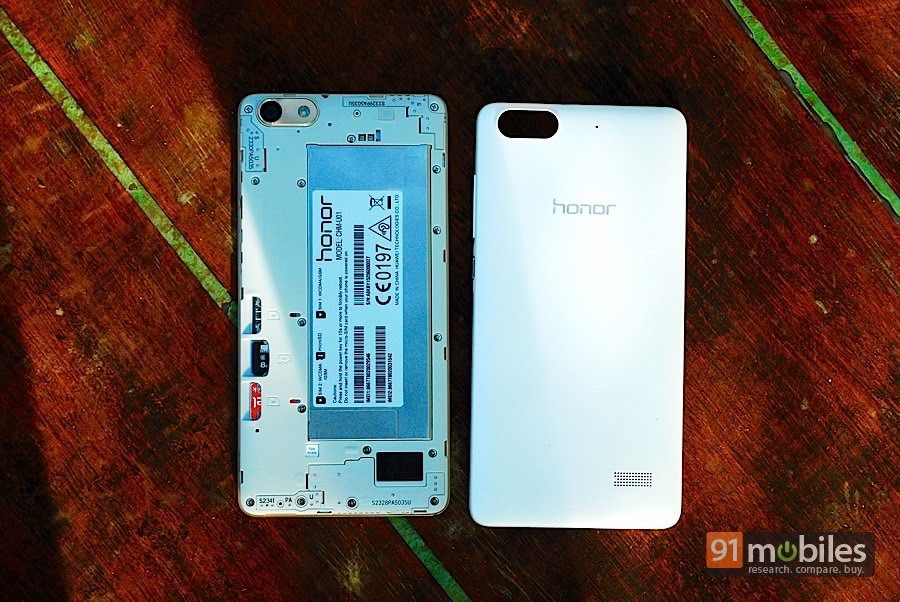 The back panel can be removed, and inside you’ll find the sealed 2,550mAh battery. There are two micro-SIM card slots, as well as a microSD card slot on the side. The Honor 4C is quite slim at 8.8mm, making it comfortable to use with one hand. However, the trim form factor is offset by its weight, which at 162g is a whole 30g heavier than the Xiaomi Redmi 2. 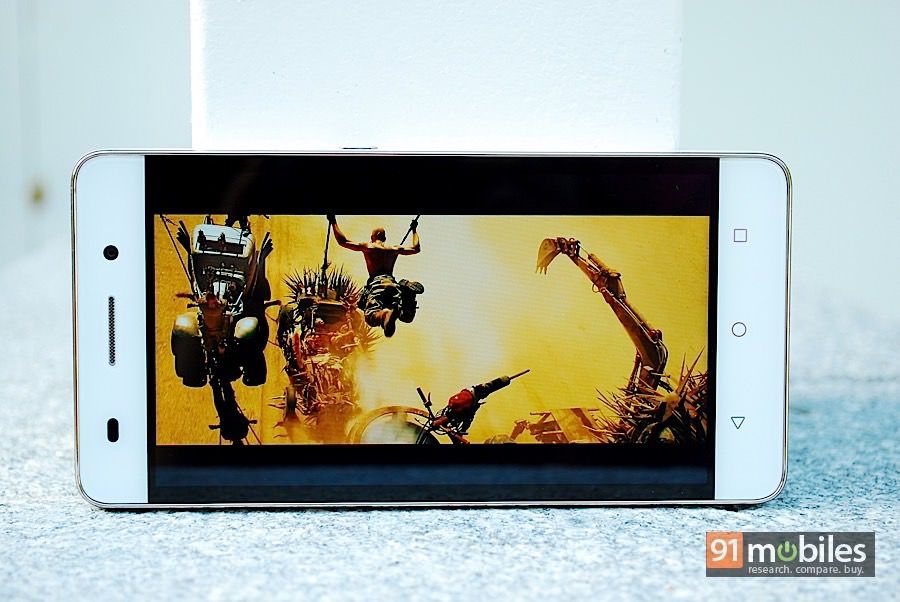 The 5-inch display on the Honor 4C features a resolution of 1,280 x 720 pixels, equating to a pixel density of 294ppi. The screen is crisp and clear, with icons and text looking visibly sharp. Colours are a bit on the saturated side, but are well suited to Emotion UI’s colourful theme. Viewing angles are good and while sunlight legibility isn’t the finest we’ve come across, it gets the job done. 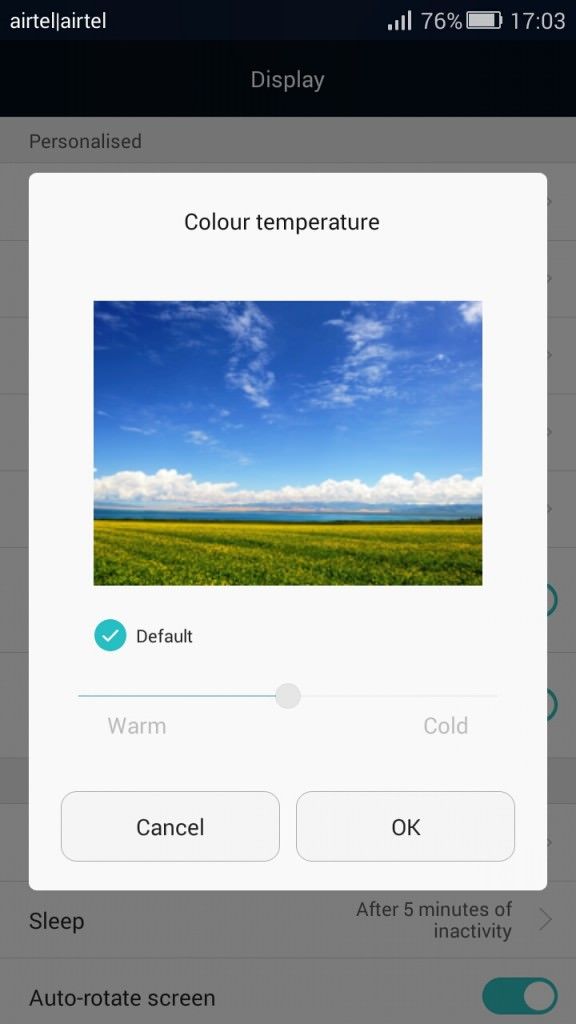 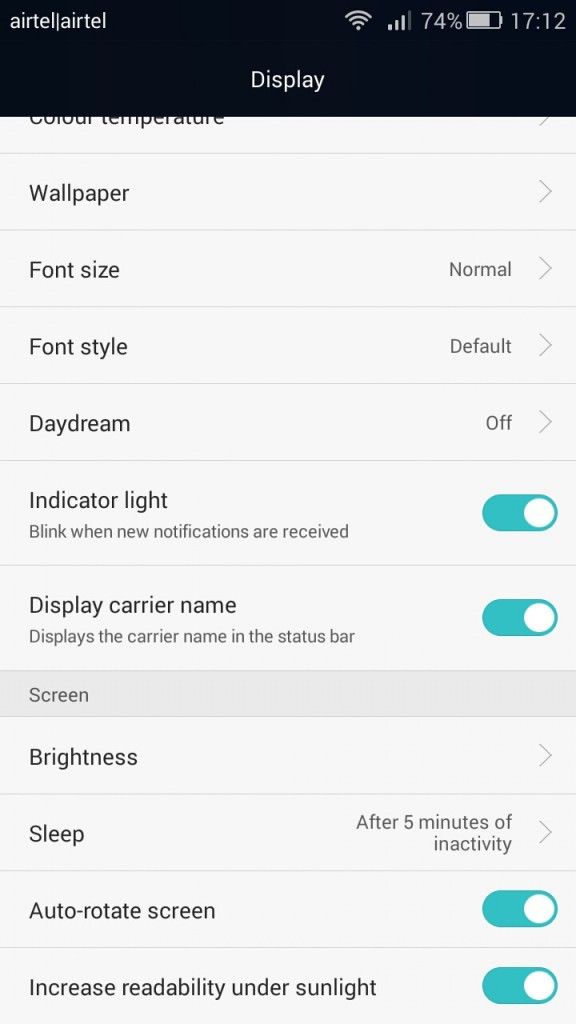 In settings, you can adjust the colour temperature between warm and cool via a slider. You can also enable a sunlight readability mode. Our only gripe with the display is the lack of any screen protection, which is a surprising omission when you consider the phone’s pricing. 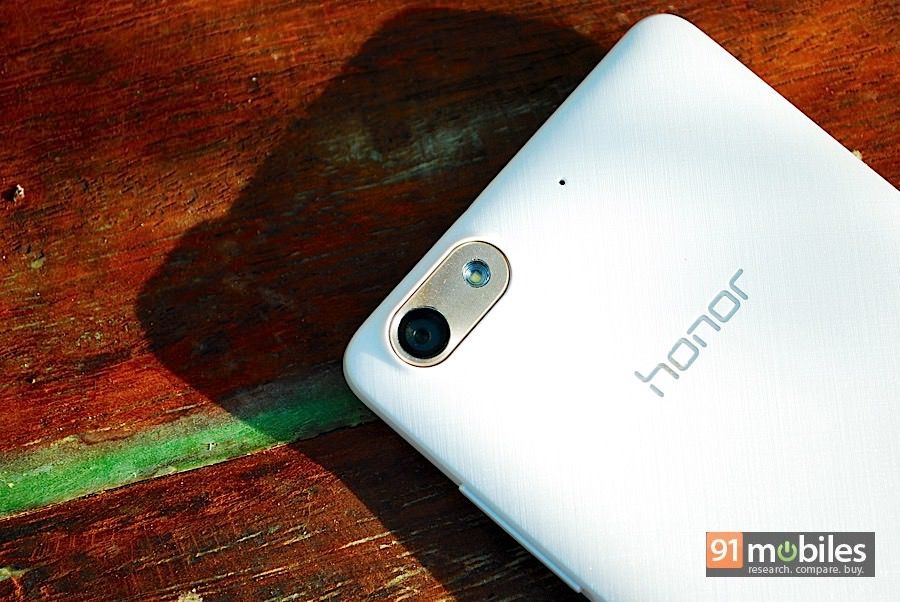 The photography department on the Honor 4C is handled by a 13MP shooter at the rear, and a 5MP camera in the front. The camera app is identical to what we saw on the Honor 4X. When viewed in landscape mode, you’ll find the shutter button, gallery shortcut and various filters on the right side. The controls to switch cameras, access flash and open settings are on the left. 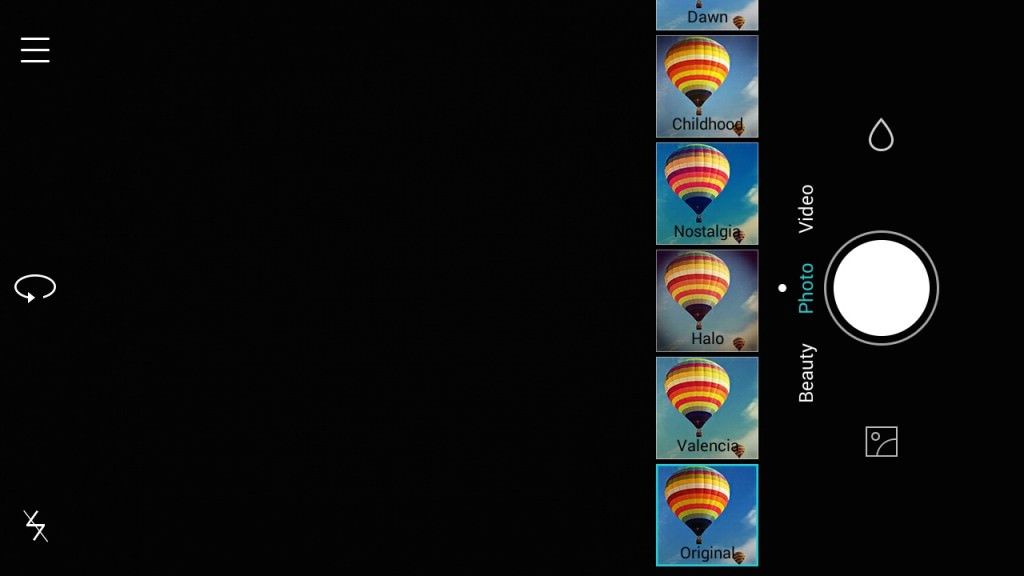 You can swipe through the viewfinder to toggle between Photo, Video and Beauty mode. The Beauty mode is set to level 5 by default, but you can use the slider to adjust it to your liking, or turn it off completely. In terms of the available modes, you get Panorama, HDR, Audio Note, Best Photo, All focus and Watermark. In camera settings, you can enable Touch to capture, Capture Smiles and Object Tracking modes. 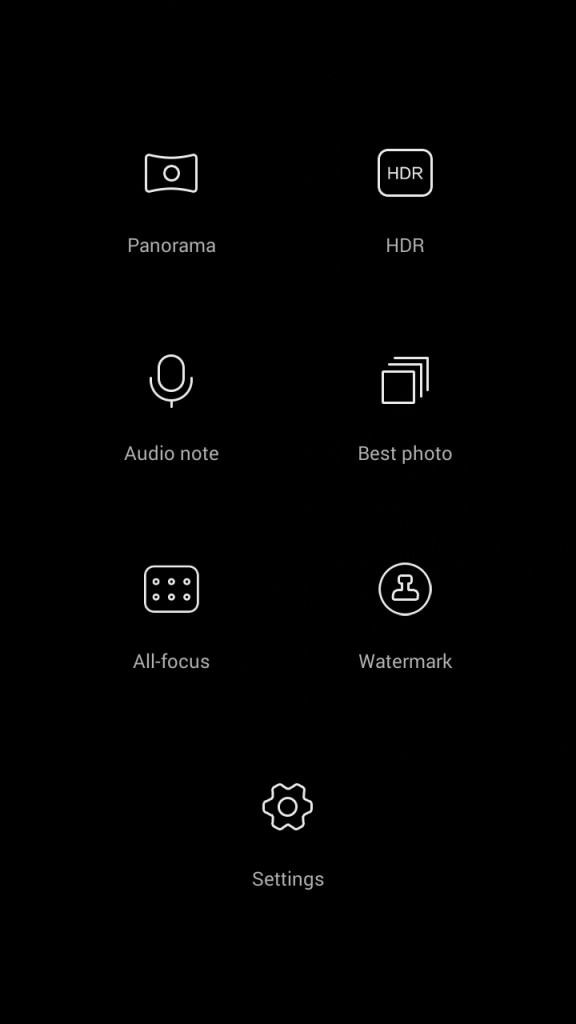 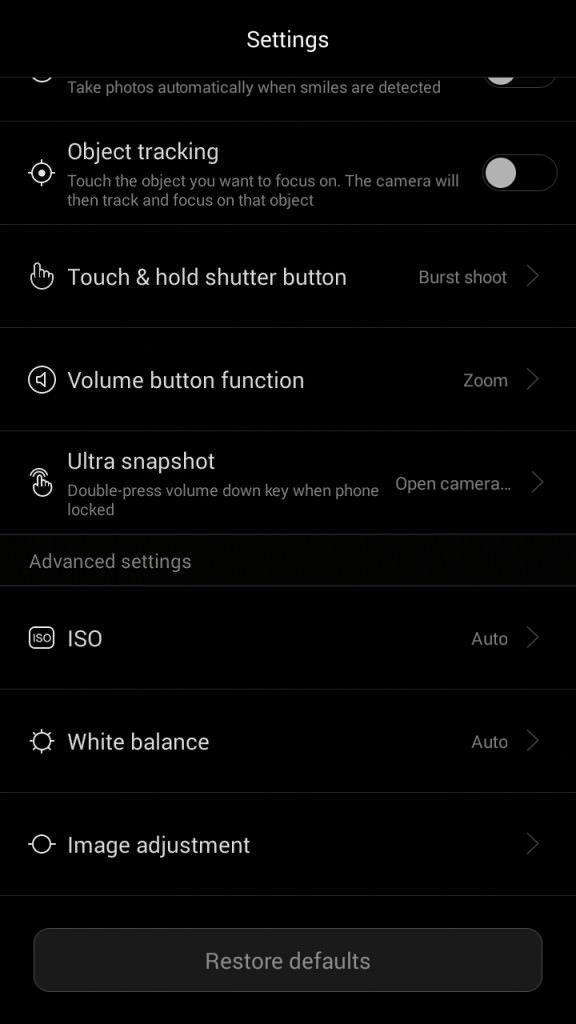 There’s also an Ultra Snapshot mode, which lets you double press the volume down key to activate the camera when the screen is locked. More advanced controls like ISO, white balance, saturation, contrast and brightness are also available, should you want to use them.

As far as the image quality goes, we were really impressed with the Honor 4C’s shooters. Images display plenty of detail, with natural colours and good exposure. The macro shots are particularly impressive. Shots taken in low light and at night are better than what most of the competition can produce, with adequate brightness and minimal grain. The flash also works well to illuminate low-light conditions without washing out the subject. The front camera captures natural skin tones and is good for selfies, provided you have ample lighting.

Here are some image samples take from the Honor 4C’s primary camera. 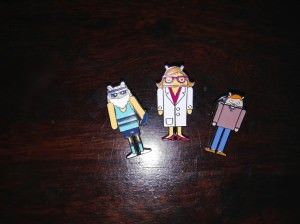 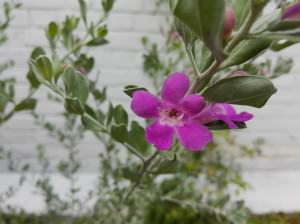 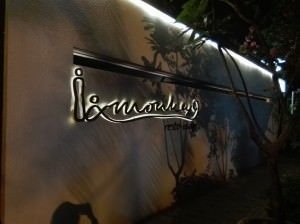 The Honor 4C runs Android 4.4.2 KitKat as a base, but the stock interface is completely masked by Emotion UI 3.0. We’ve covered Emotion UI in detail in our Honor 4X and Honor 6 reviews, so we’ll just skim over the main features here. 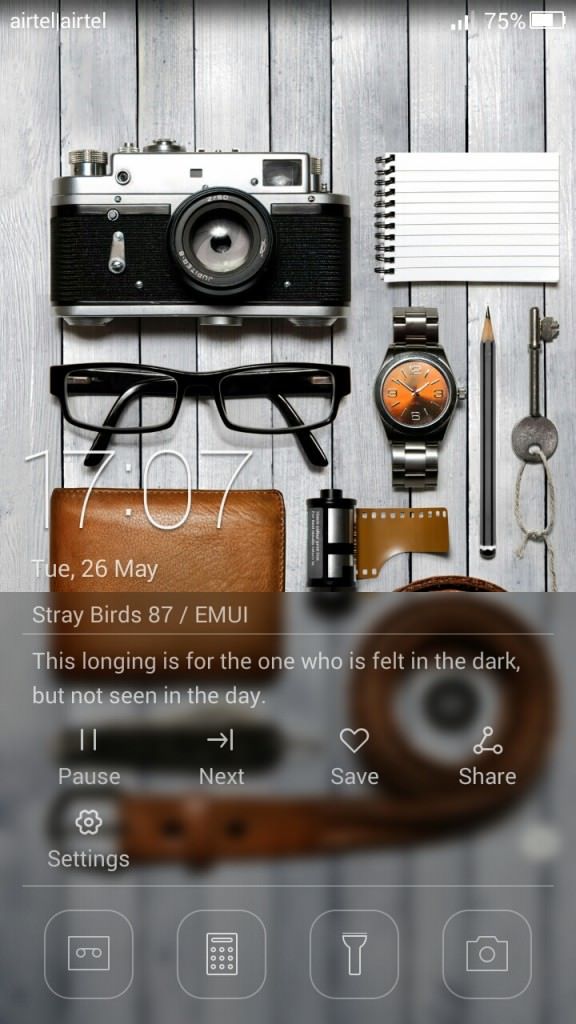 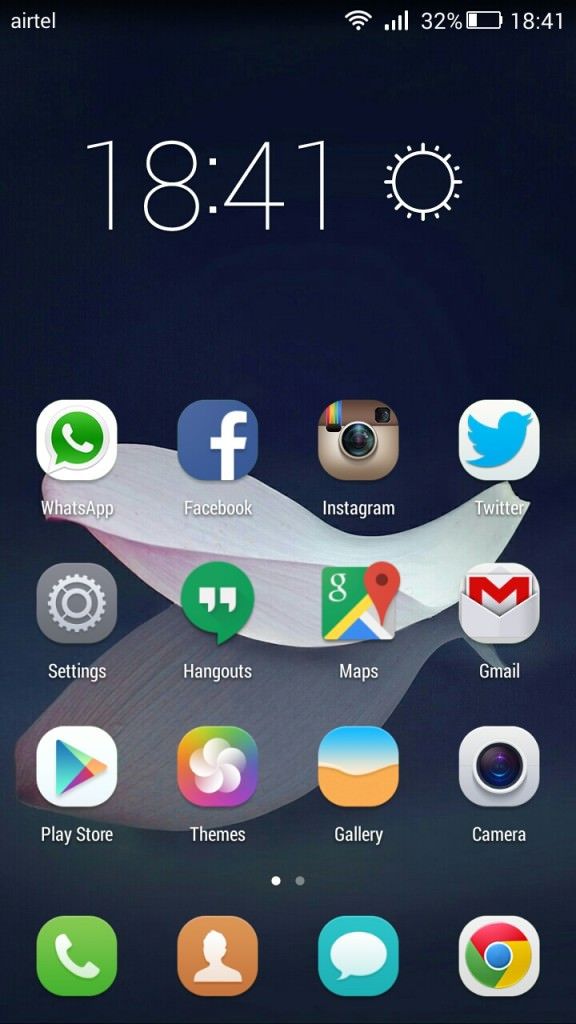 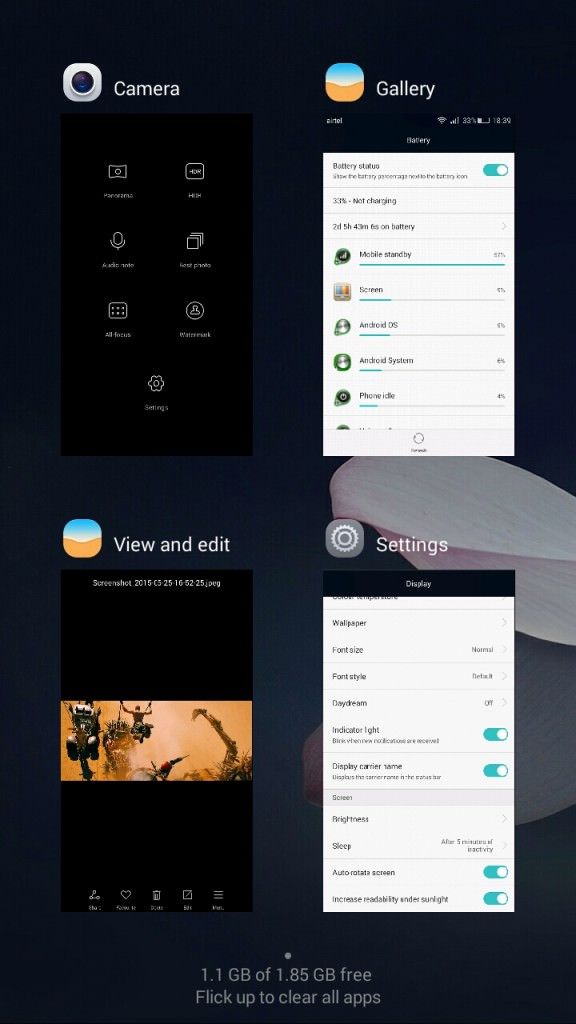 Like the 4X, the 4C gets Magazine Unlock, a feature which displays a dynamic stream of beautiful photos that change every time you unlock the device. The homescreen lacks an app drawer, so all icons are spread out across the various panes. Long-pressing the recents key will bring up running apps, and you can swipe them away individually, or just flick up from the bottom to close them all. 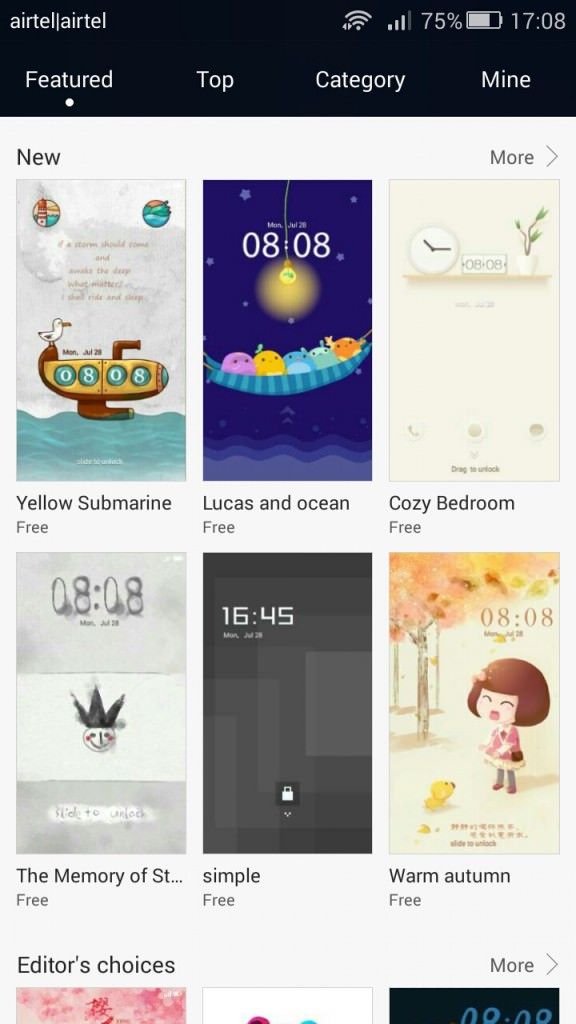 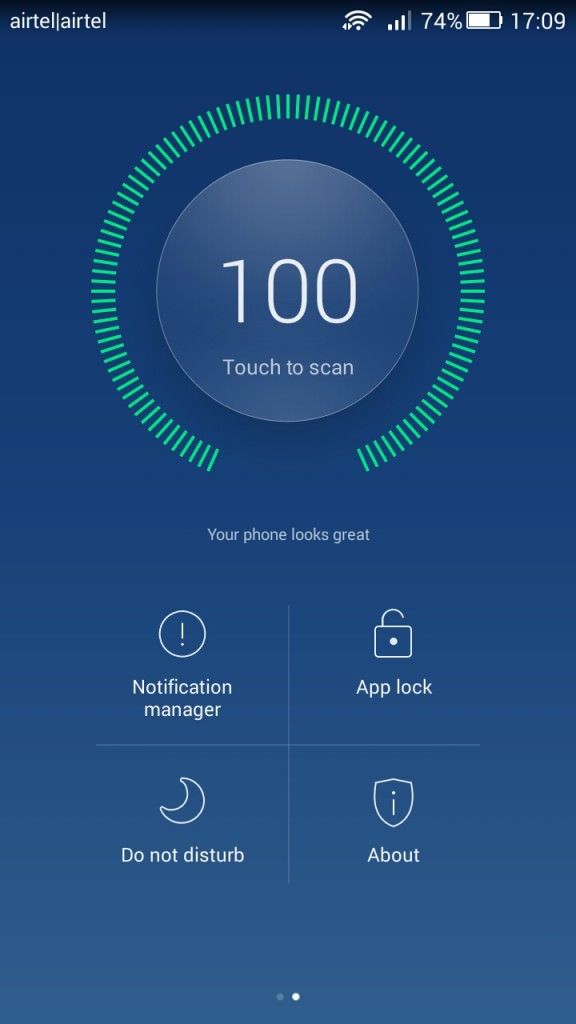 Like most UI’s from Chinese companies, EMUI also features a dedicated Themes app, with a wide selection of downloadable themes. You even can mix and match elements from various themes to create your own, if you prefer. The Phone Manager app is one of our favourite EMUI features, packing in a scanner, Phone Accelerator, Harassment Filter, Power Saving mode, Do Not disturb, and more. 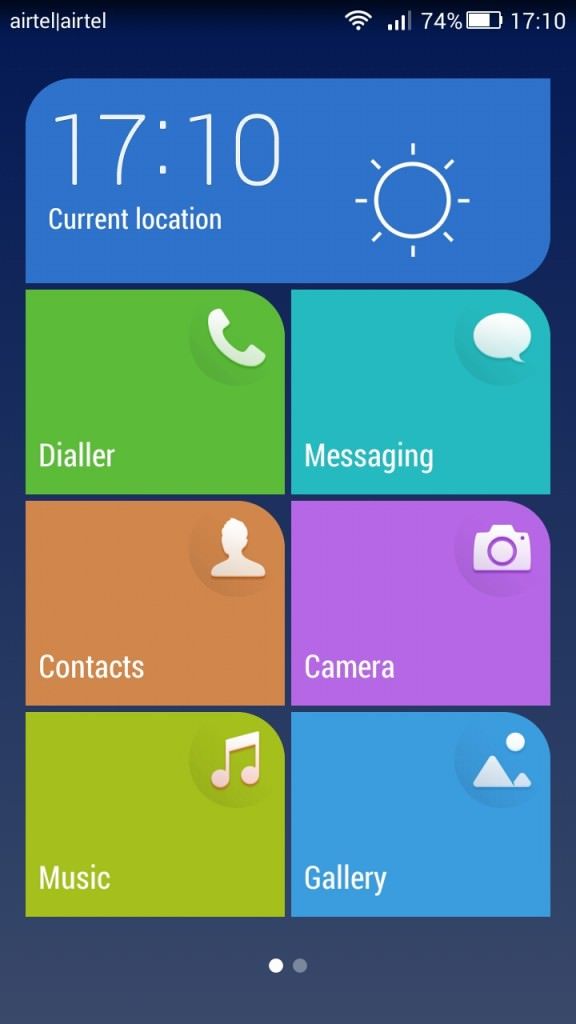 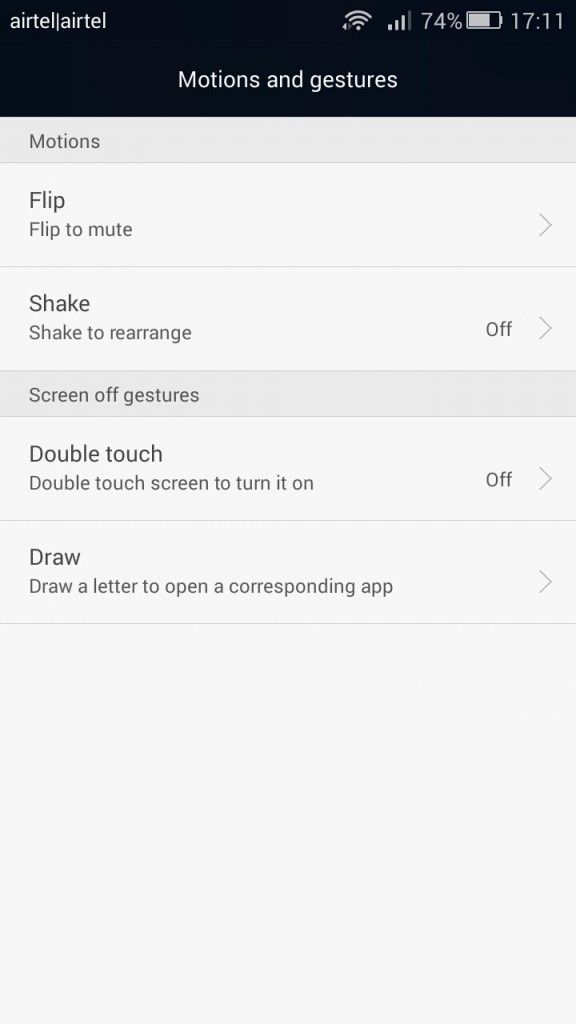 Going into settings, you’ll find options to enable Simple home, similar to Lite Mode on Xiaomi’s MIUI. A selection of motion gestures like flip to mute, shake to rearrange, double-tap-to-wake, and draw letters to cold access apps from the lockscreen are also on offer. 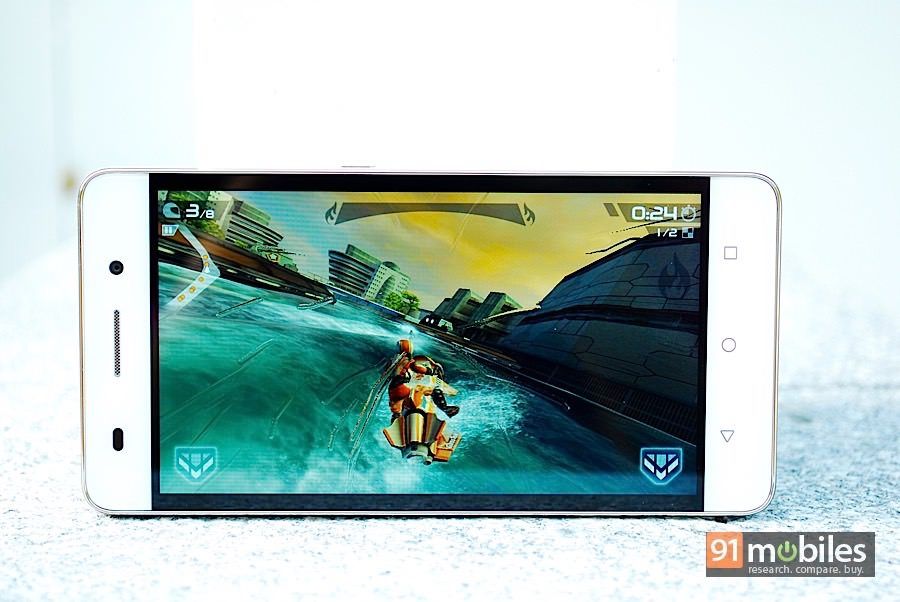 Instead of opting for a Snapdragon processor like it did with the 4X, Honor has chosen Huawei’s in-house chipset for the 4C. The smartphone is powered by a 64-bit octa-core HiSilicon Kirin 620 chipset clocked at 1.2GHz, paired with 2GB of RAM. The processor is well equipped to handle basic use and multi-tasking, but the inherent sluggishness of EMUI continues to be an issue. As far as the gaming performance is concerned, the 4C is actually better than the 4X, with games like Riptide GP2 playing smoothly, without any jitters or frame drops. The phone heats up within a few minutes of gameplay, but it never gets uncomfortably hot. 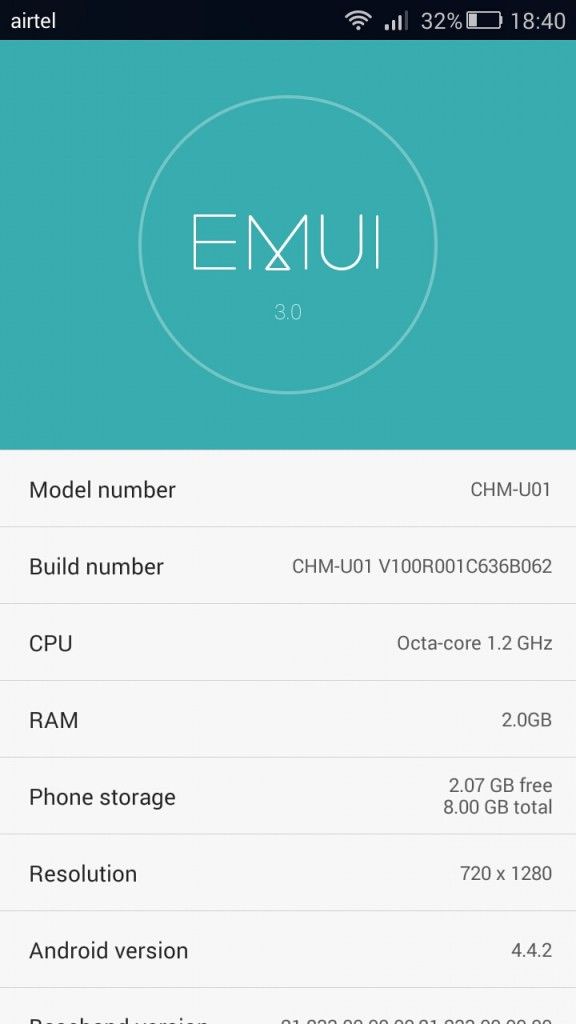 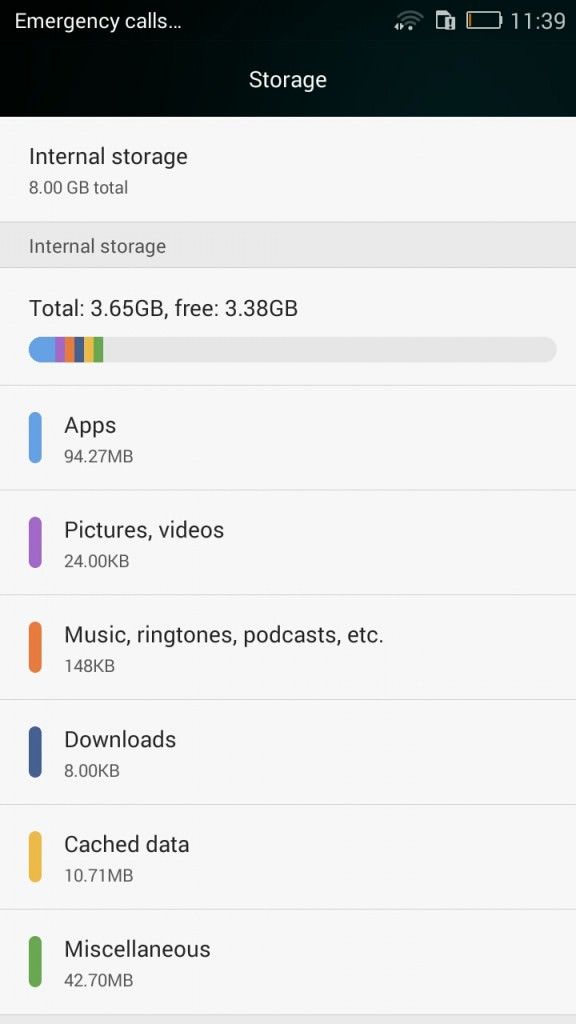 In the storage department, you get 8GB of internal memory, out of which around 3.38GB is available out of the box. The microSD card supports expansion by an additional 32GB. 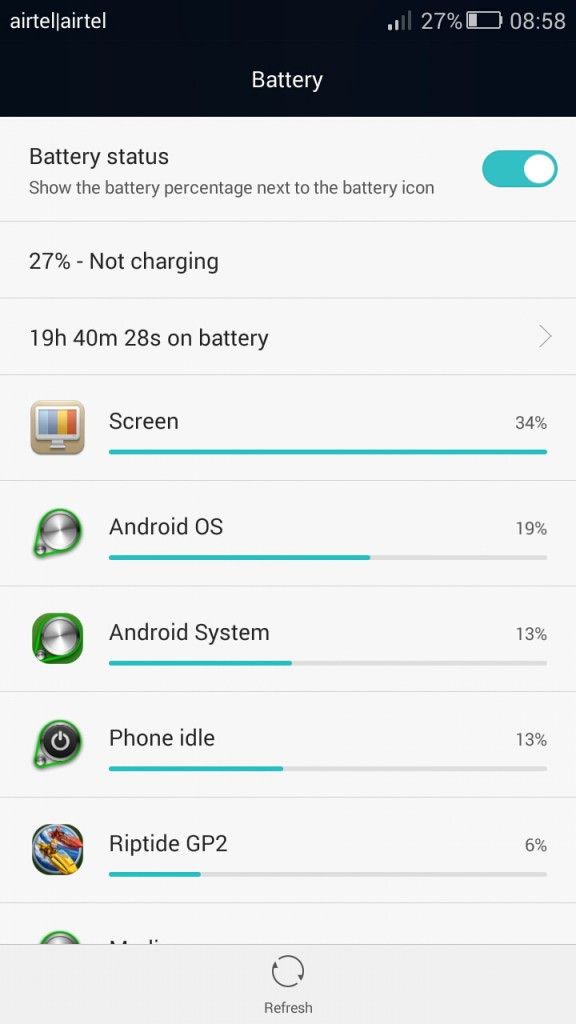 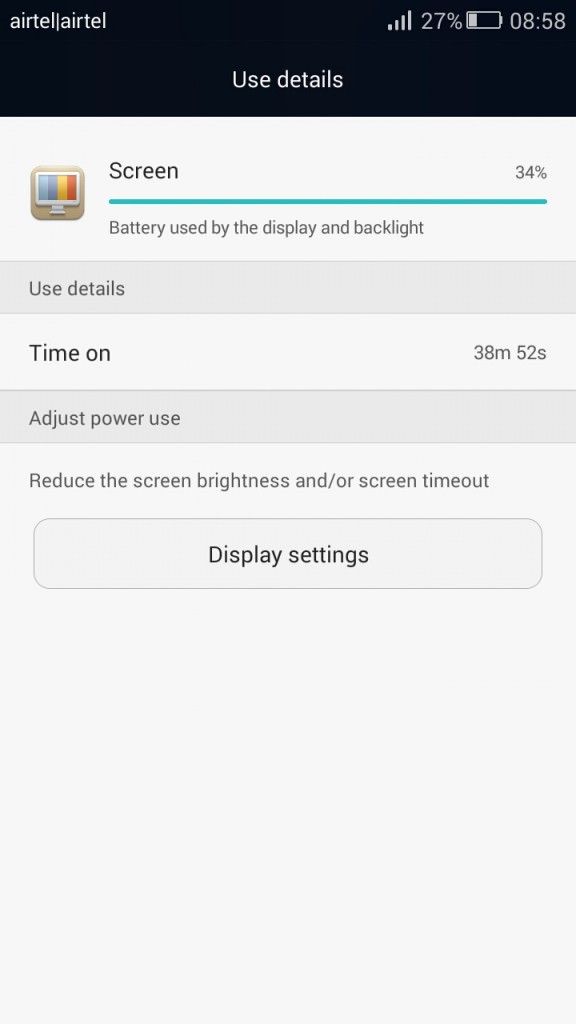 The battery life on the Honor 4X was one of its best features, but we can’t say the same for the 4C. Its 2,550mAh unit might seem sufficient on paper, but in real life it barely lasts until the evening with regular use. To make things worse, the standby time is also poor, with the battery draining completely within 24 hours, with less than 50 minutes of screen-on time. Our video loop battery drain test confirmed our concerns, lasting for just 5 hours and 45 minutes, a very poor result.

As far as the connectivity options are concerned, the smartphone offers dual-SIM, 3G, Wi-Fi, Wi-Fi Direct, Wi-Fi Hotspot, Bluetooth 4.0, GPS and USB OTG. Unfortunately, 4G is not supported, which is surprising considering most of the competition is compatible with both LTE bands in India. 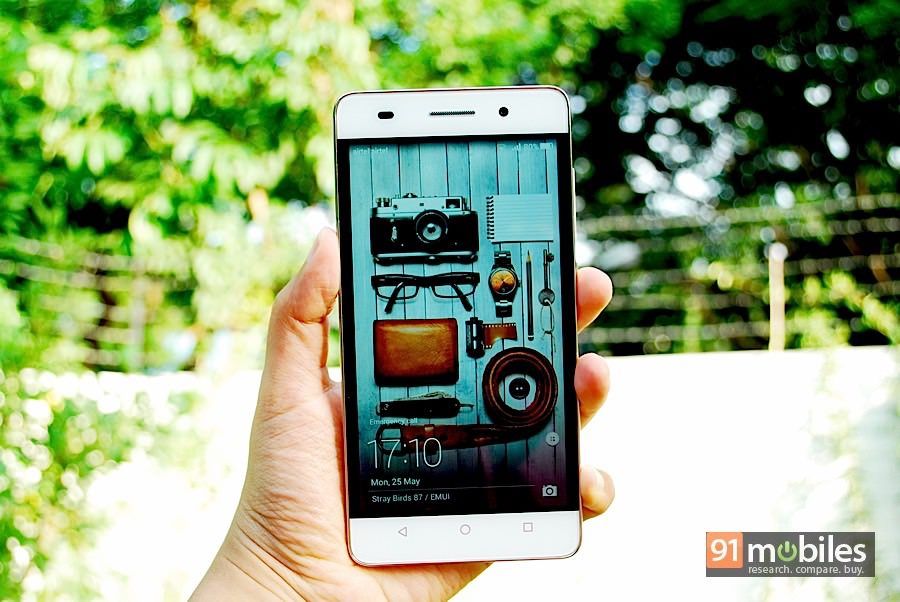 While the Honor 4X competes with big-screen devices like the Xiaomi Redmi Note 4G and YU Yureka, the 4C has been designed to take on the compact budget line-up comprising of the Xiaomi Redmi 2, YU Yuphoria and Lenovo A6000 Plus. While the smartphone excels on many fronts, including its solid build, sharp display, capable cameras and decent performance, its poor battery life, and more importantly, lack of 4G support make it hard to recommend.

If you’re willing to forgo these pain points, the Honor 4C is a decent budget smartphone. But if not, shelling out a bit more would get you a much more capable device in the form of the Honor 4X.

Realme 8i and Realme 8s tipped to launch in India soon