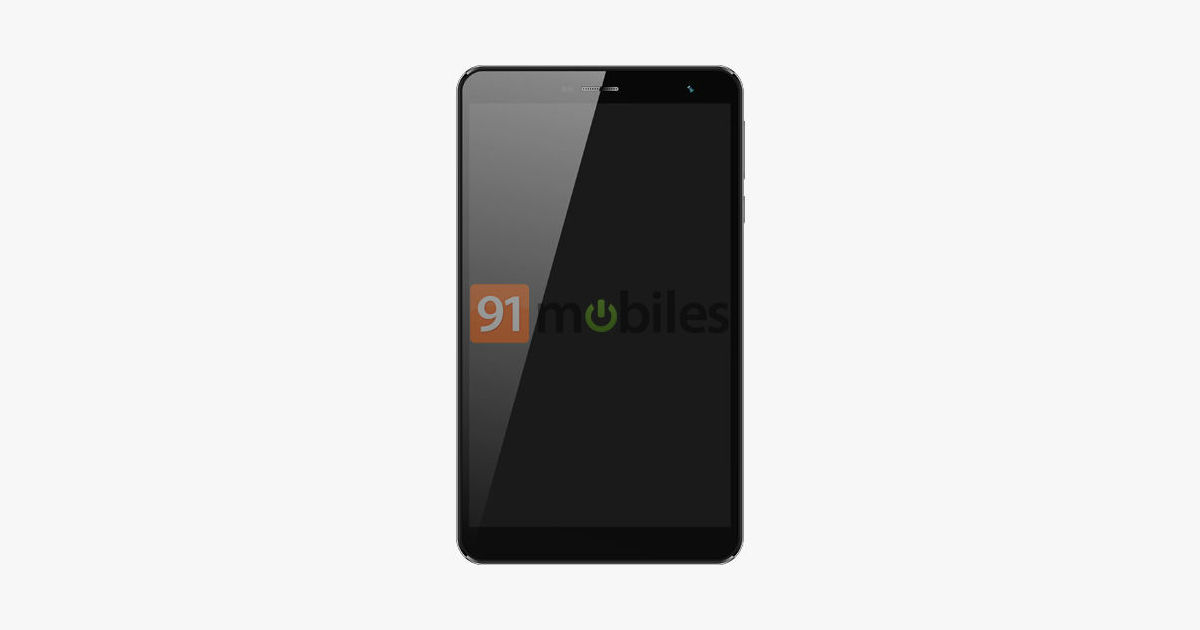 “HTC Wildfire X will also have a HD+ display with 320ppi pixel density and Android 9 Pie operating system, according to a Google Play Console listing”

Earlier this month, it was reported that HTC’s Wildfire series is being revived, with four models leaked. These smartphones are reportedly named Wildfire, Wildfire E, Wildfire E Plus, and Wildfire E1. Now a new model, named HTC Wildfire X, has been spotted on the Google Play Console, with the listing revealing some specifications as well as the design. The HTC Wildfire X specifications show it will be positioned in the affordable segment. The accompanying image shows it will be a rather wide handset with a chunky design and thick bezels above and below the display, despite the 19:9 aspect ratio. 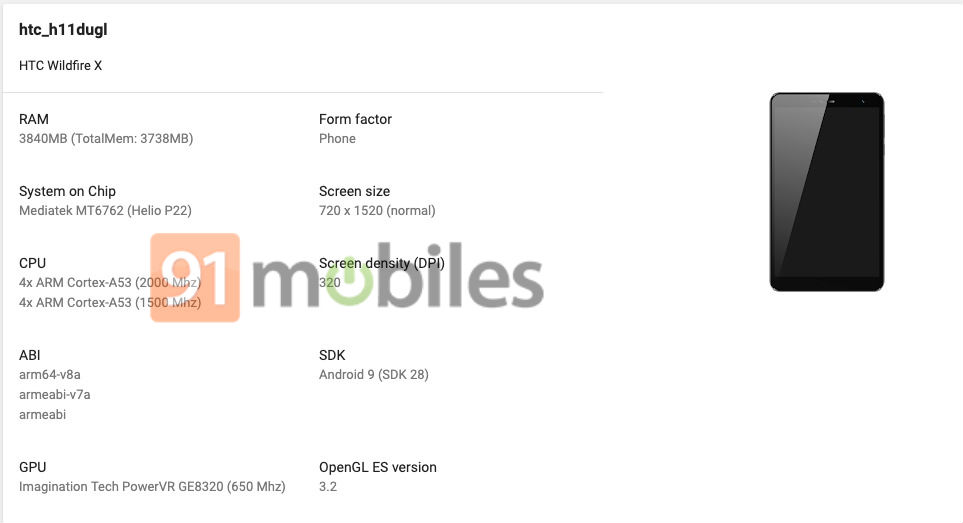 According to the Google Play Console listing, HTC Wildfire X specifications include 4GB RAM and a display with HD+ (720 x 1520 pixels) resolution. It will be powered by the octa-core MediaTek Helio P22 processor, backed by the PowerVR GE8320 GPU. Beyond this, the listing only shows the smartphone will run Android 9 Pie, which is a given at this point. As for design, we can see the front panel, with the cutout for the earpiece, the selfie camera, and the usual sensor array above the display. Bezels on the sides are relatively narrower than those above and below the display, but they are still thicker than what we see on affordable handsets these days. The power button and volume rocker are placed on the right edge, while the left edge is barren.

There is no word yet regarding when the company plans to launch the HTC Wildfire X, but considering the Google Play Console listing is already here, we can expect it to start hitting certification websites in a few weeks.

Going by the earlier leaks, the HTC Wildfire X smartphone should be positioned below the Wildfire model, which will reportedly be powered by the Helio P23 chipset. Apart from these models, HTC has also trademarked the names such as Wildfire E2, E2 Plus, E3, E3 Plus, E4, and E4 Plus.