91mobiles.com
Home Reviews HTC U11+ review: the good made better

HTC may not be as aggressive in the Indian market as it used to be, but it sure knows a thing or two about designing quality Android smartphones, as is evident by the brand’s 2017 flagship, the U11 (review).

Now, while the U11 was a compelling flagship, the smartphone lacked a bezel-less design, making it an odd one out in the company of Samsung’s Galaxy S8 (review) and LG’s G6 (review). However, come 2018, the company has launched an upgraded version of its flagship in the form of the HTC U11+ which features a bezel-less design, is fuelled by a bigger battery and runs Android Oreo out of the box. Having spent a few weeks with the device, I am convinced that this is HTC’s best foot forward yet, but with the Samsung Galaxy S9 just around the corner, should you invest in one? Read on to find out.

The HTC U11+ is to the U11 what the OnePlus 5T (review) was to the OnePlus 5 (review). In other words, there’s not a whole lot which sets the U11+ apart from its predecessor and therefore, let me talk about everything new that the plus version of the phone brings to the table first. 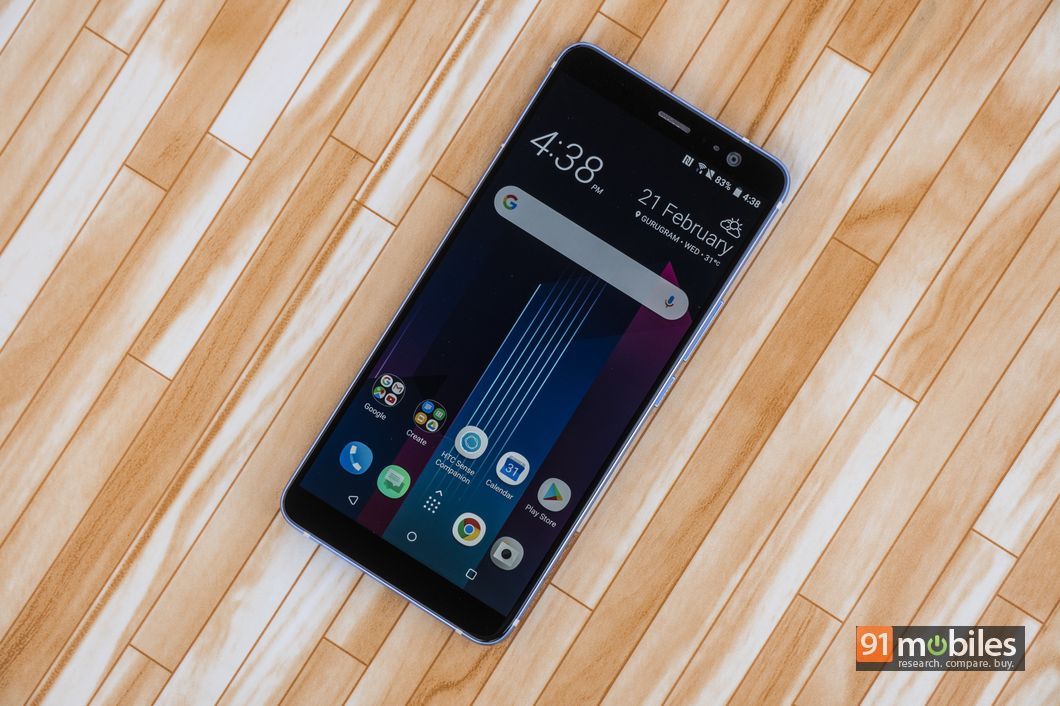 Starting off, the biggest difference between the U11+ and the U11 is that the former ships with a tall, 6-inch, 18:9 aspect ratio display, a feat HTC achieved by shrinking down the bezels surrounding the panel. The smartphone isn’t bezel-less by any means and the top and bottom bezels still take up quitea bit of space. However, the device now looks and feels more like a current-gen flagship. 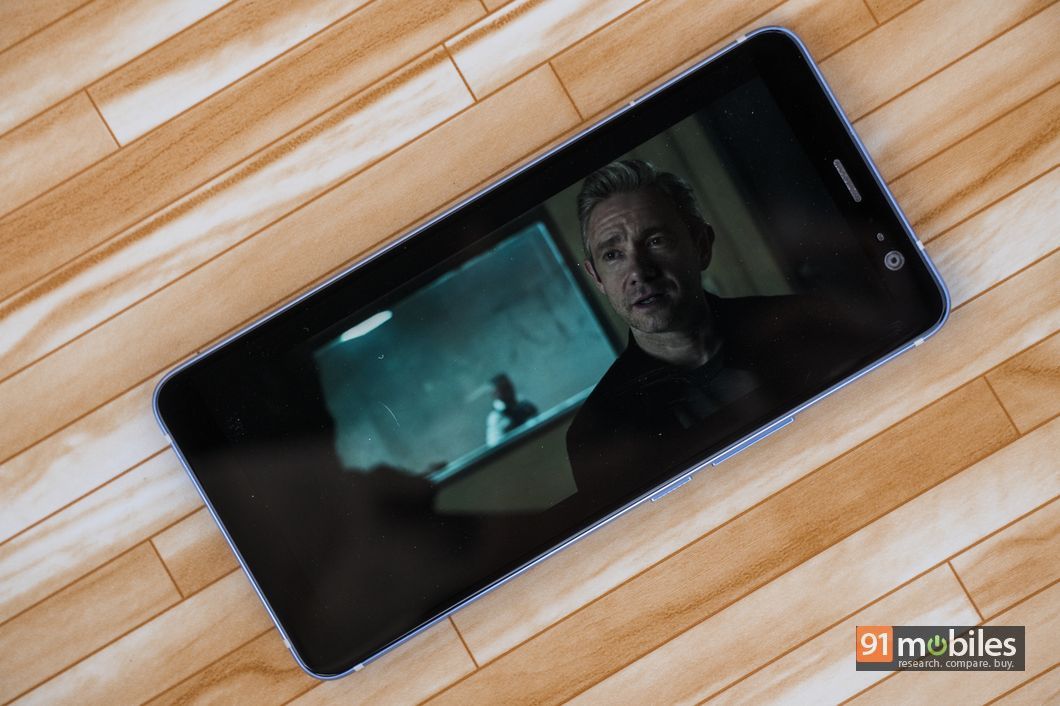 The specs of the display, on the other hand, remain mostly unchanged and the 6-inch SuperLCD6 panel on the U11+ boasts a resolution of 2,880 x 1,440 pixels. Unsurprisingly, the quality of the display is on par with the competition and while it lacks the vibrancy of a P-OLED/AMOLED panel, it still is a treat to look at. Unfortunately, I was disappointed with the panel’s sunlight legibility and even at max brightness, I struggled to read what was on the screen.

The rest of the design of the HTC U11+ is extremely flattering and dare I say, perfect. The smartphone sports a glass back design, but it’s not just any glass. The U-series smartphones from HTC boast a liquid glass surface, which when held up against the light show different colours. I got the Amazing Silver variant of the smartphone to review, which offered blue, violet and magenta hues when light bounced off its back. Suffice it to say, the gorgeous and unique design of the U11+ makes it a conversation starter, to say the least. 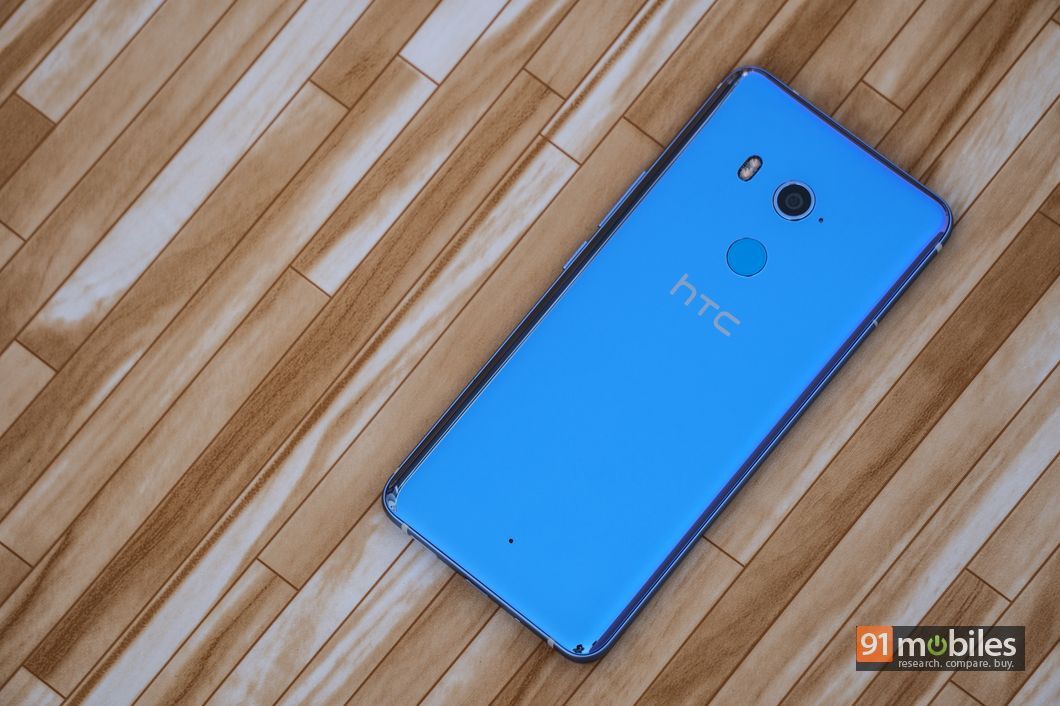 With that said, I do have some minor quibbles with the design of the smartphone. While HTC has trimmed the bezels on its latest flagship, the smartphone still feels quite big and unwieldy to use with one hand. Furthermore, the handset is a tad bit on the heavier side and thanks to its glass-back design, is quite slippery too. Therefore, I’d strongly advise you to use the bundled case with the U11+. Lastly, as is the case with every other glass back smartphone, the U11+ smudges easily too, requiring a full-blown wipe-down several times a day. 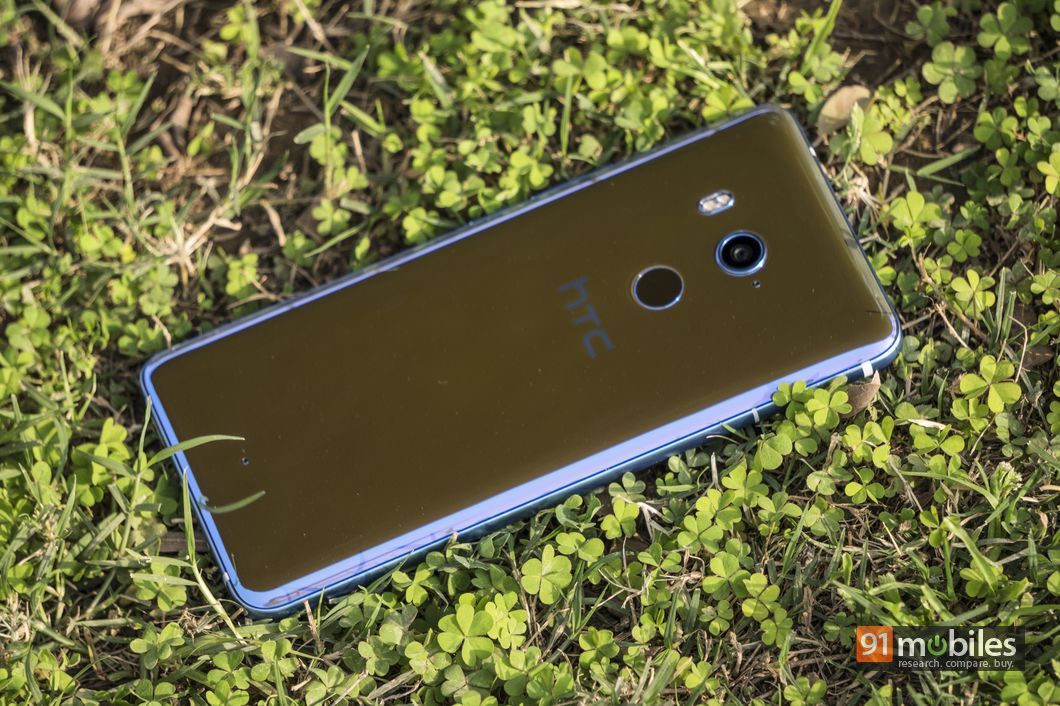 Now, I know what you’re thinking – that’s an awful lot of complaints about a design I claimed to be perfect. Well, think of it this way. Quite a few flagship offerings from big-name manufacturers boast all-glass desigsn and therefore, you’ll have the same gripes if you were to buy the Galaxy S8+ or the Apple iPhone X (review). However, with the U11+, you’ll get the added advantage of owning a smartphone with squeezable sides. That’s right, just like its predecessor, the U11+ too comes with the Edge Sense feature, which lets you perform certain actions by squeezing the sides of the smartphone. You can customise the squeeze action to launch various apps (I had mine set to launch the camera) and can even adjust the pressure required to trigger the squeeze action. 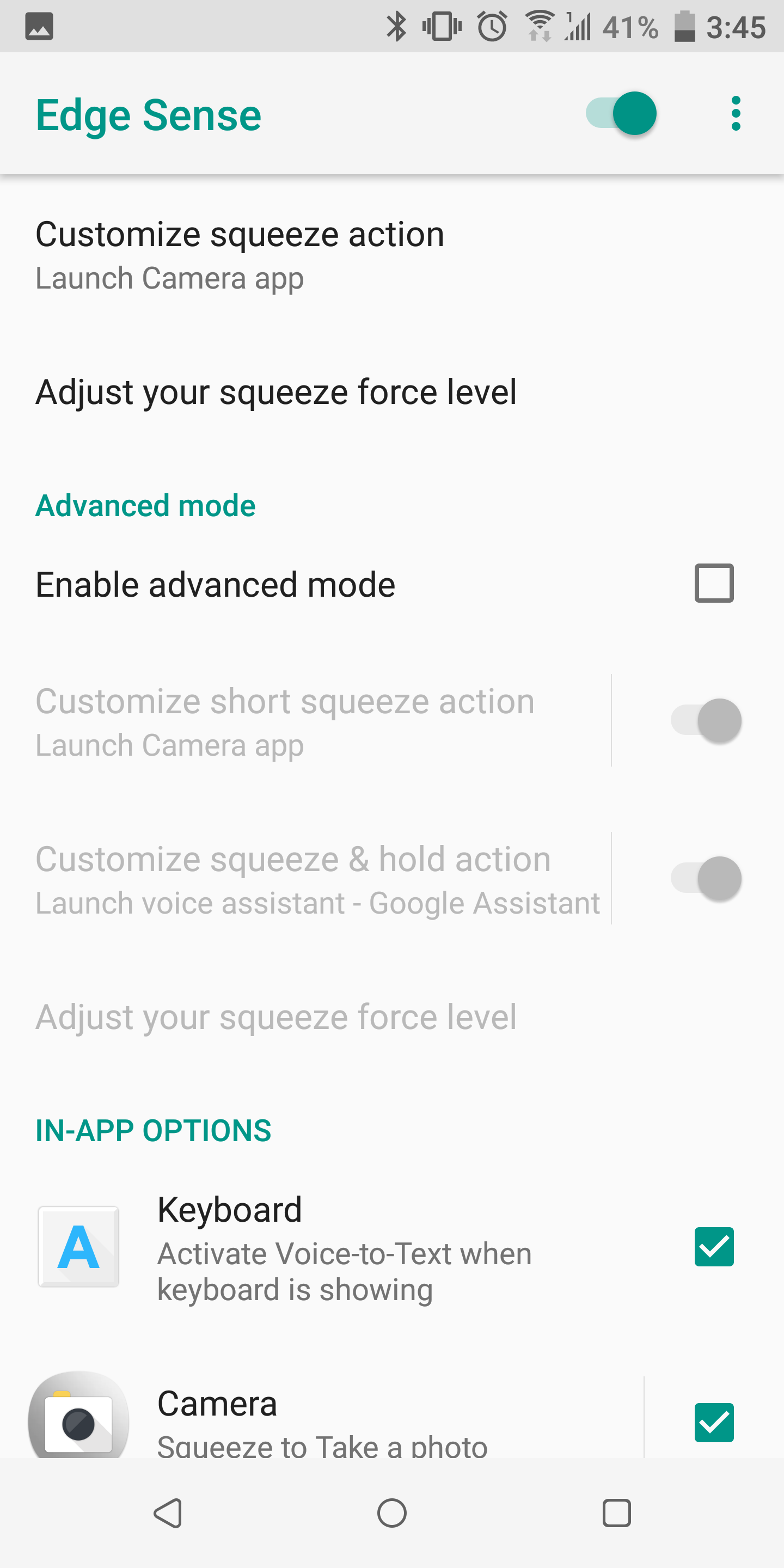 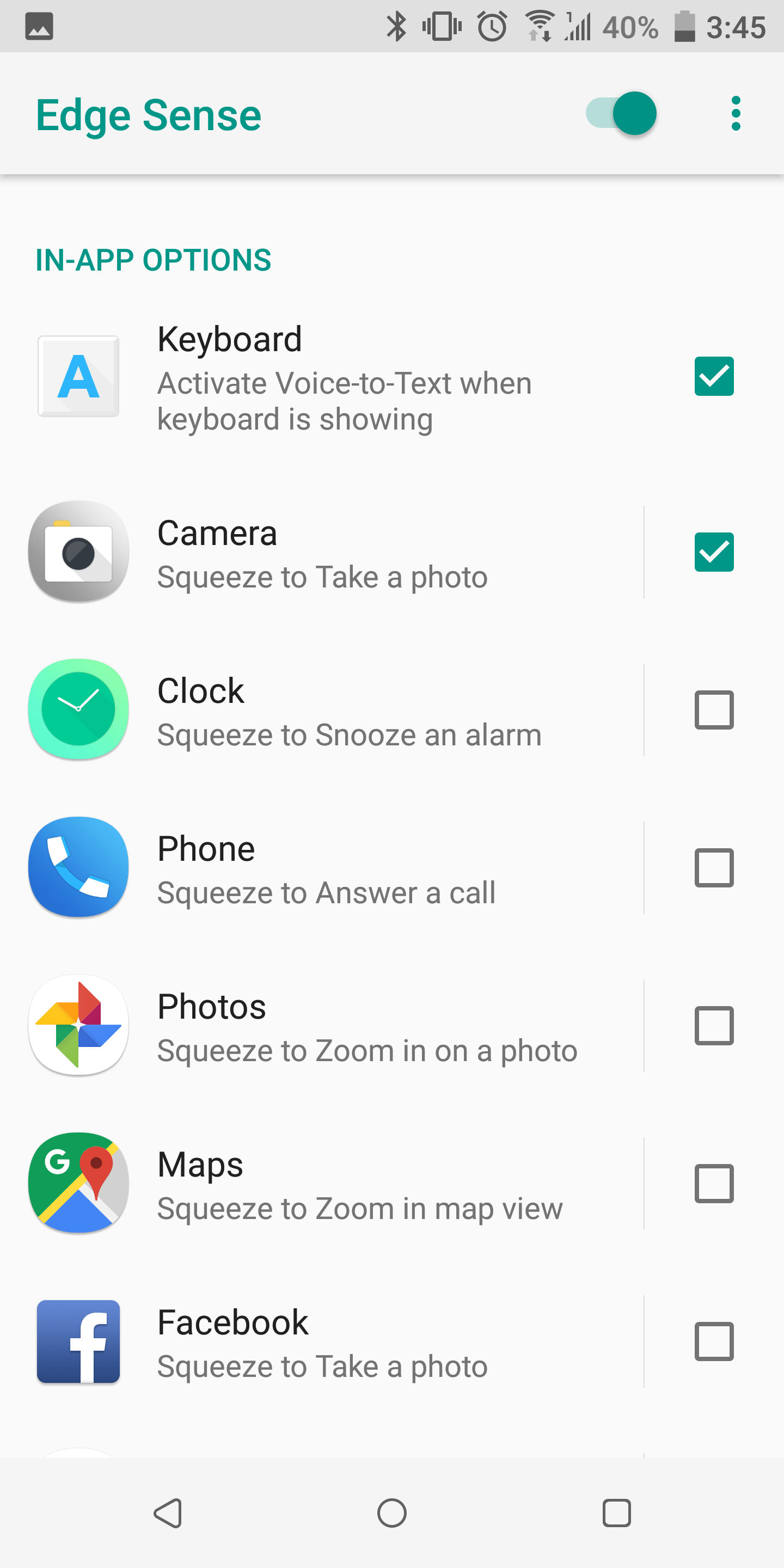 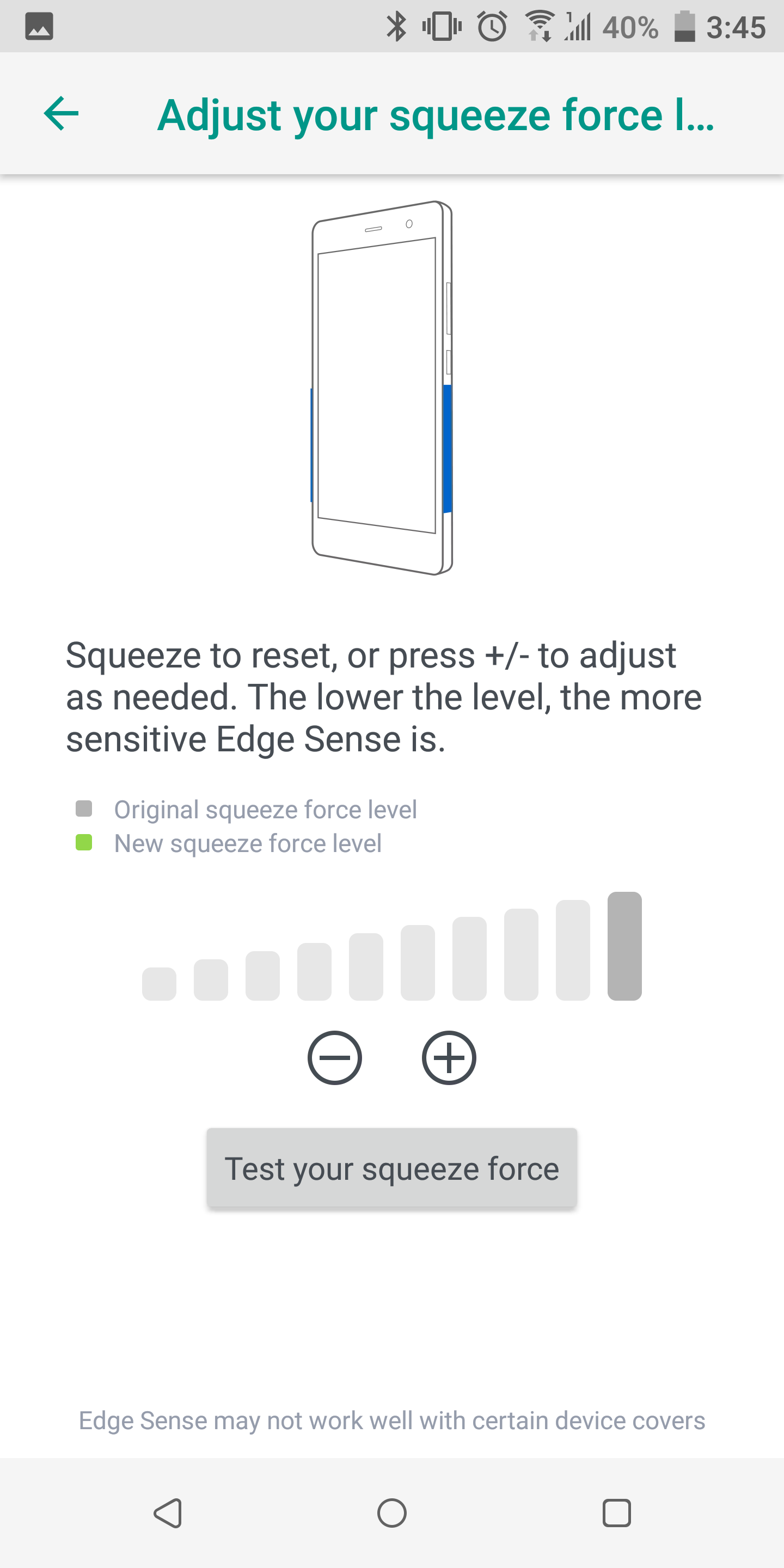 Furthermore, you can also use Edge Sense to create custom in-app shortcuts, though it’s a chore to get the desired action right. In a nutshell, while Edge Sense works really well for basic tasks like opening the camera, I feel that the feature needs some more tweaking before it can handle more complex commands. But hey, at least HTC allows users to customise the squeeze action, unlike Google’s Pixel 2 XL (review), which has locked the squeeze action to the Google Assistant. 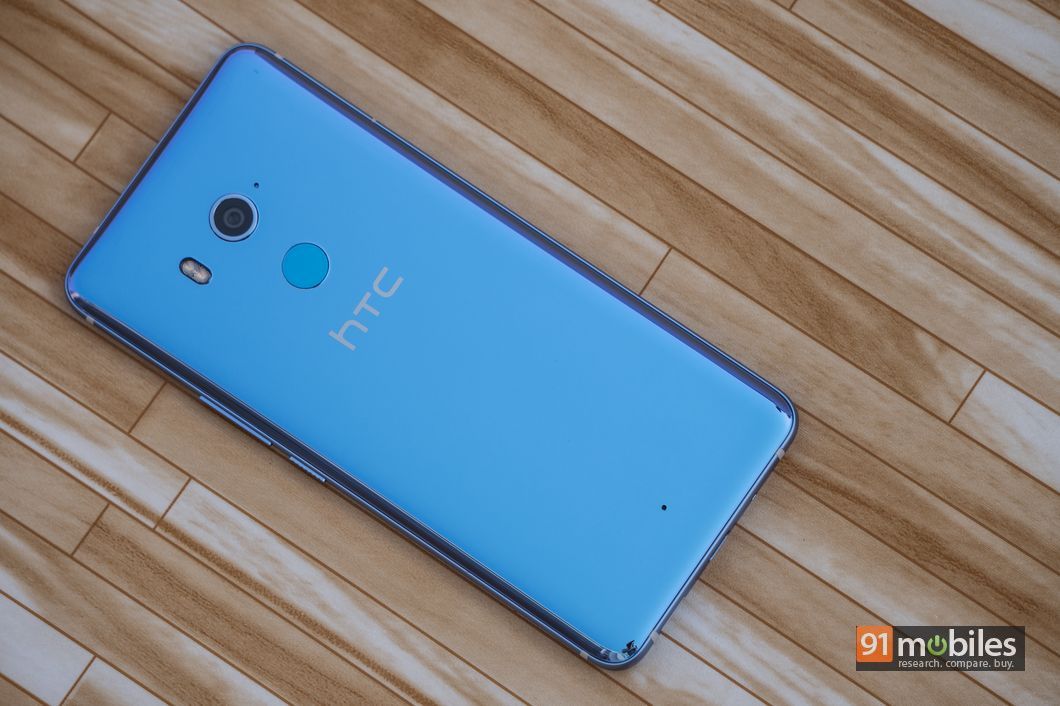 To accommodate the tall 6-inch display, the fingerprint sensor on the U11+ has been repositioned towards the back, below the device’s camera module. The performance, as well as the positioning of the sensor, is downright excellent and it unlocks the U11+ in the blink of an eye, so I have no complaints here. The U11+ comes with IP68 certification, allowing buyers to submerge it deeper and for a longer duration than its predecessor, the U11.

Sadly, like many other flagships in the market, the HTC U11+ also ships without a headphone jack. However, the smartphone comes with some other nifty features which serious audiophiles will appreciate. For starters, the U11+ supports both Qualcomm’s aptX as well as Sony’s LDAC codec, ensuring unimpaired sound quality even over Bluetooth. Secondly, the smartphone supports 24-bit Hi-res audio playback, allowing you to listen to songs with greater bit depth, a higher sample rate and as a result, with significantly higher bit rate. 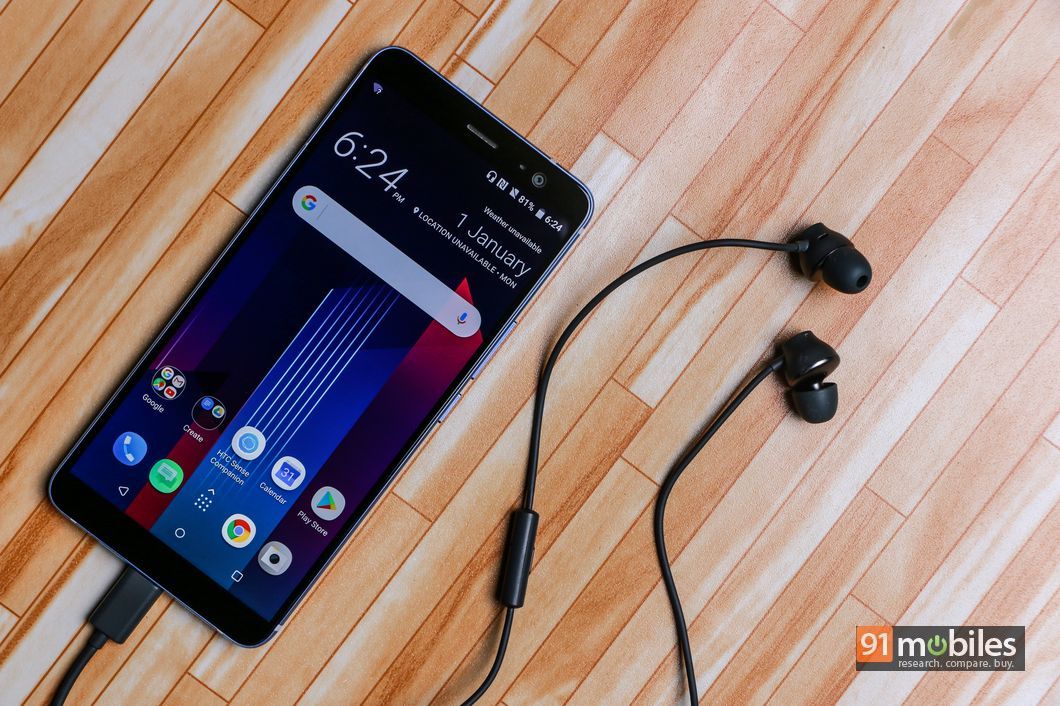 HTC even bundles its USonic noise-cancelling earphones with the smartphone which sound phenomenal. I usually don’t care much for bundled earphones but in all honesty, I didn’t touch my KZ ZS6 (review) during the time I had the HTC U11+ in my pocket. For when you’re not listening to music on your earphones, HTC’s BoomSound speakers will help you fill up a room with crystal clear audio which doesn’t distort, even at higher volumes.

Let me say this upfront – the HTC U11+ ships with excellent cameras, both on the front as well as the back and if you’re looking for a smartphone which is capable of shooting quality images, then the HTC U11+ will serve you well. Those coveting dual cameras on their next smartphone will need to look somewhere else though, as specs-wise, the U11+ ships with the same 12MP Sony sensor with 1.4-micron pixels which debuted on its predecessor. The image quality remains unchanged too and I got impressive results with the smartphone’s primary shooter. 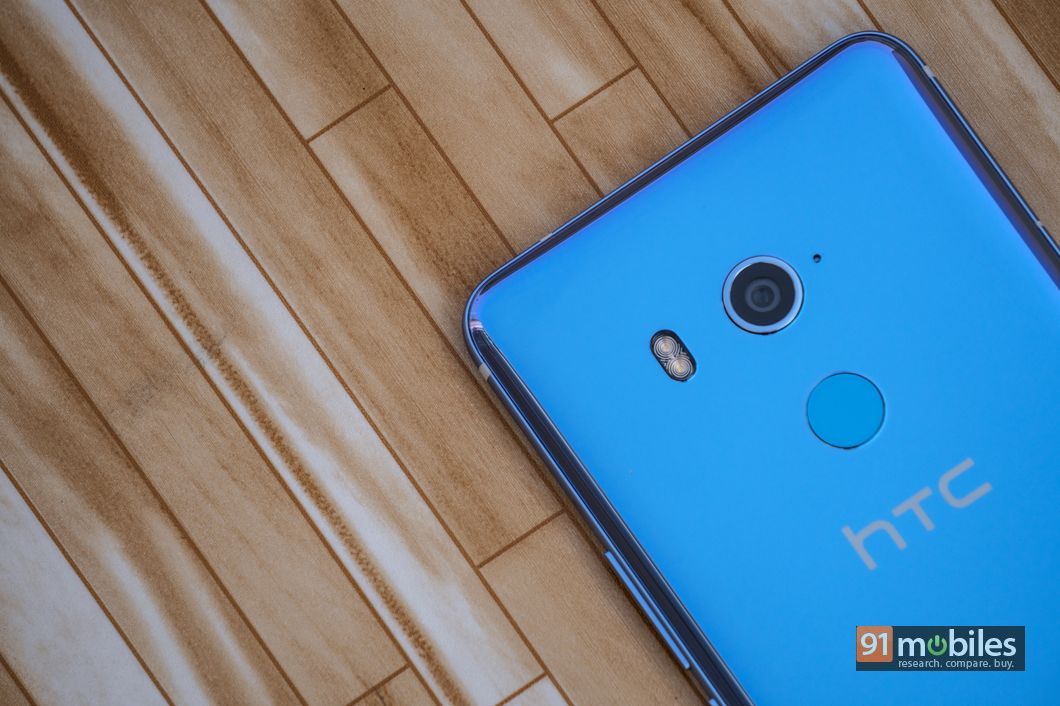 Images looked crisp, colour reproduction was excellent and the built-in HDR mode worked wonders in bringing out a scene’s highlights. As far as the performance of the selfie camera is concerned, the smartphone features an 8MP shooter upfront which at first glance might seem like a step down from the U11’s 16MP shooter. However, I didn’t notice a lot of difference in the image quality and the selfies I clicked with the U11+ turned out great, with adequate details and natural colours.

On a side note, the camera app used by the latest Pixel smartphones is now available for download from XDA forums. I installed it on my unit of the U11+ and noticed that the shots I took with the Google camera app had more details in both, lowlight as well as well-lit scenarios. Moreover, the Google Camera app also adds support for portrait shots for both, the back as well as the front camera which is otherwise absent on the stock camera app of the U11+.

Software-wise, the HTC U11+ boots Android Oreo with a near-stock skin of Sense UI on top. This gives the smartphone an edge over the competition since most high-end flagships are yet to receive the latest Oreo update, which comes with features like Picture-in-Picture mode, more granular control over notifications, a better autofill framework as well as the latest security patch from Google. 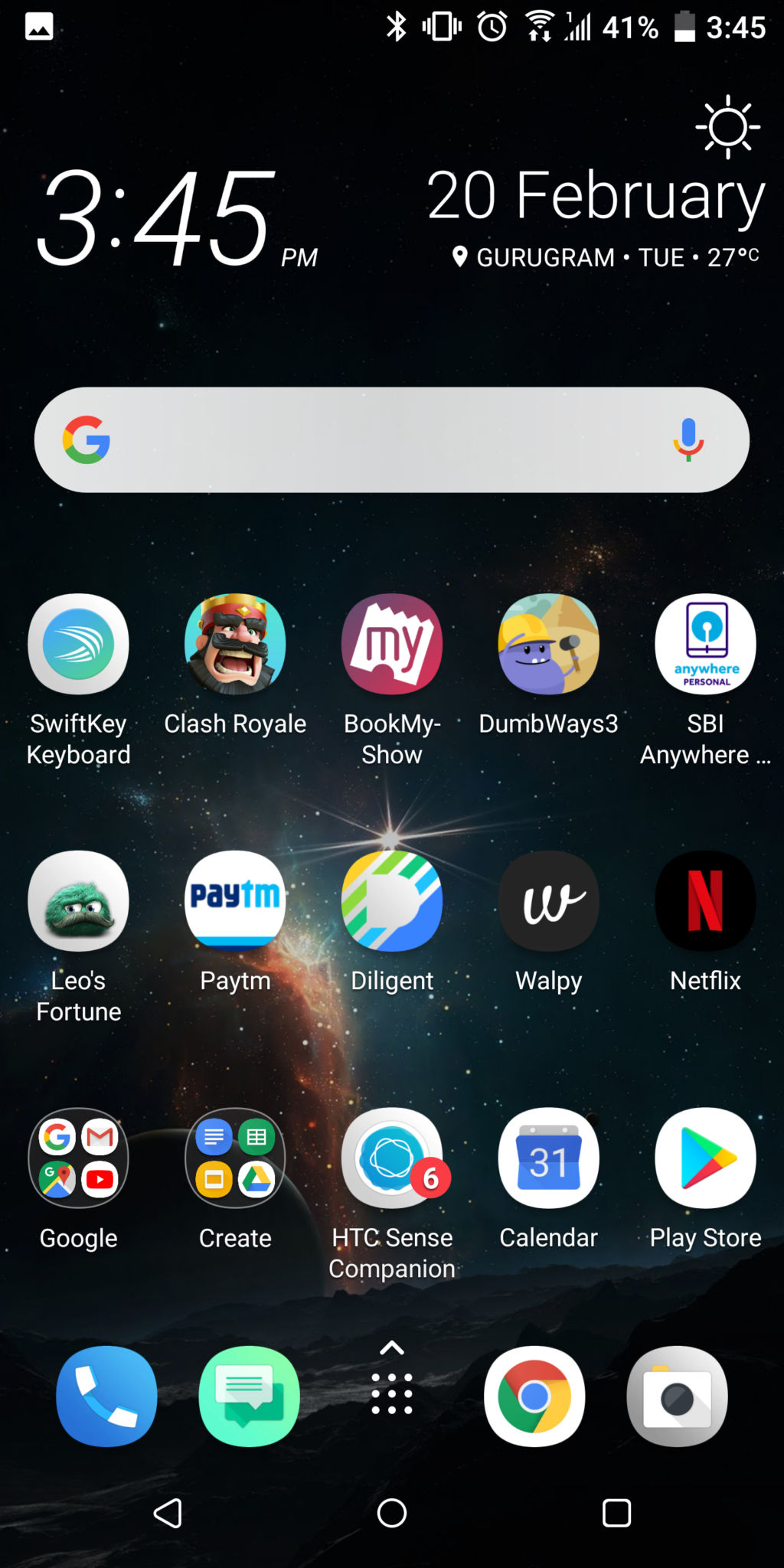 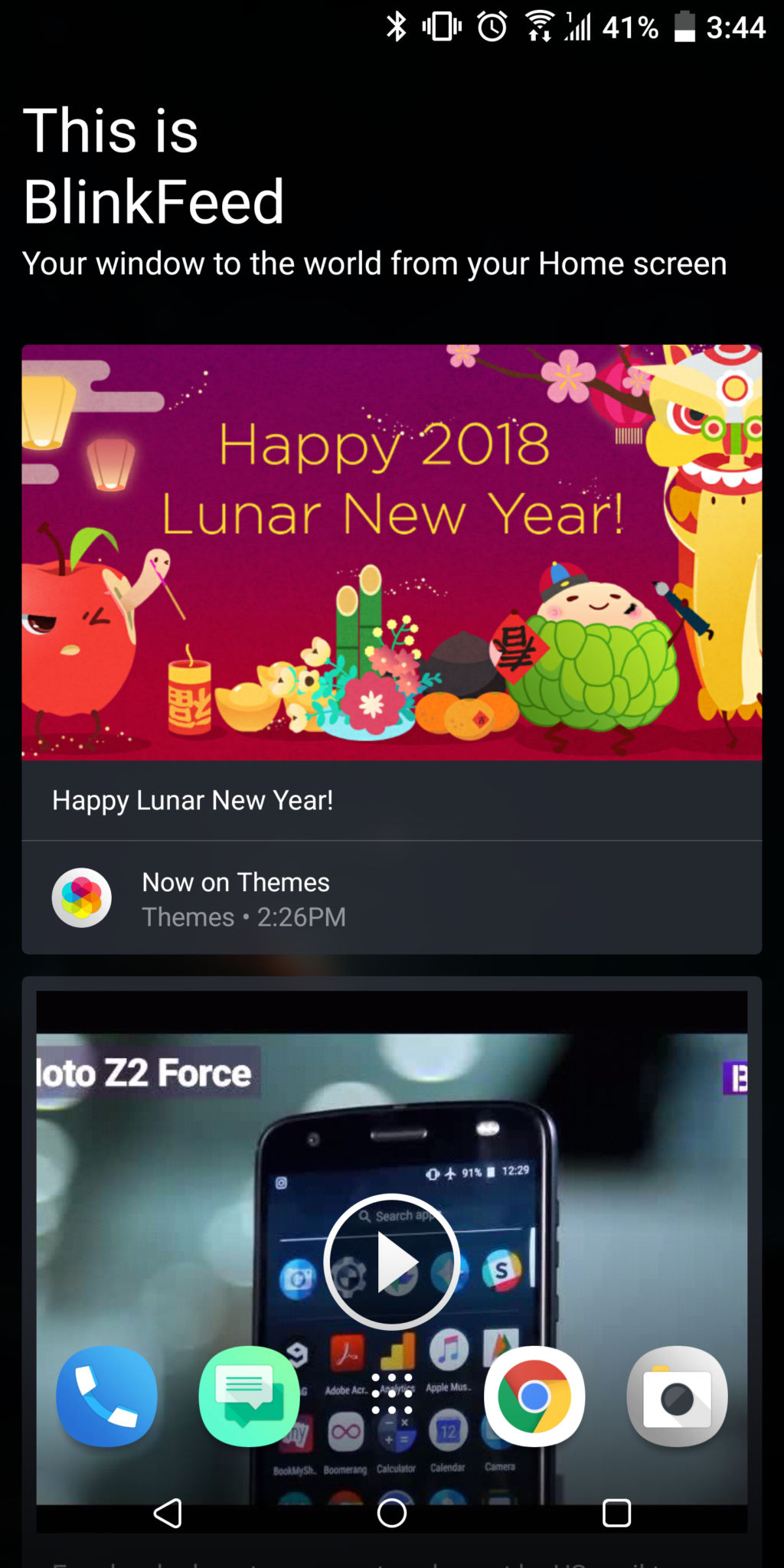 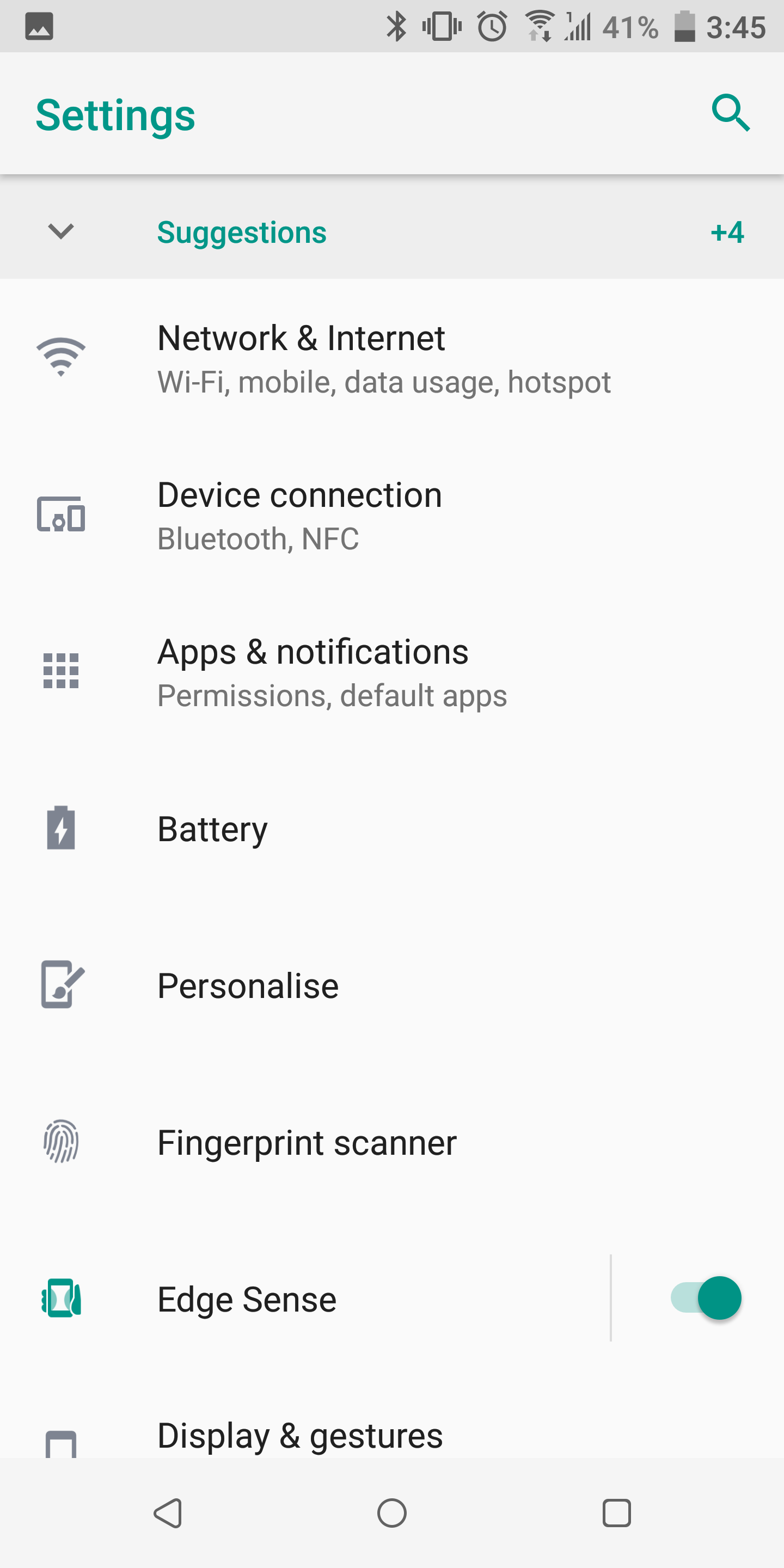 HTC’s Sense UI too comes with a heap of features including support for themes, the company’s news aggregator Blinkfeed and the Sense Companion assistant which debuted with the U Ultra and the U Play. However, most of the core software features remain largely unchanged from its predecessor, so make sure to head over to our full review of the U11, where we have covered Sense UI in much more detail. 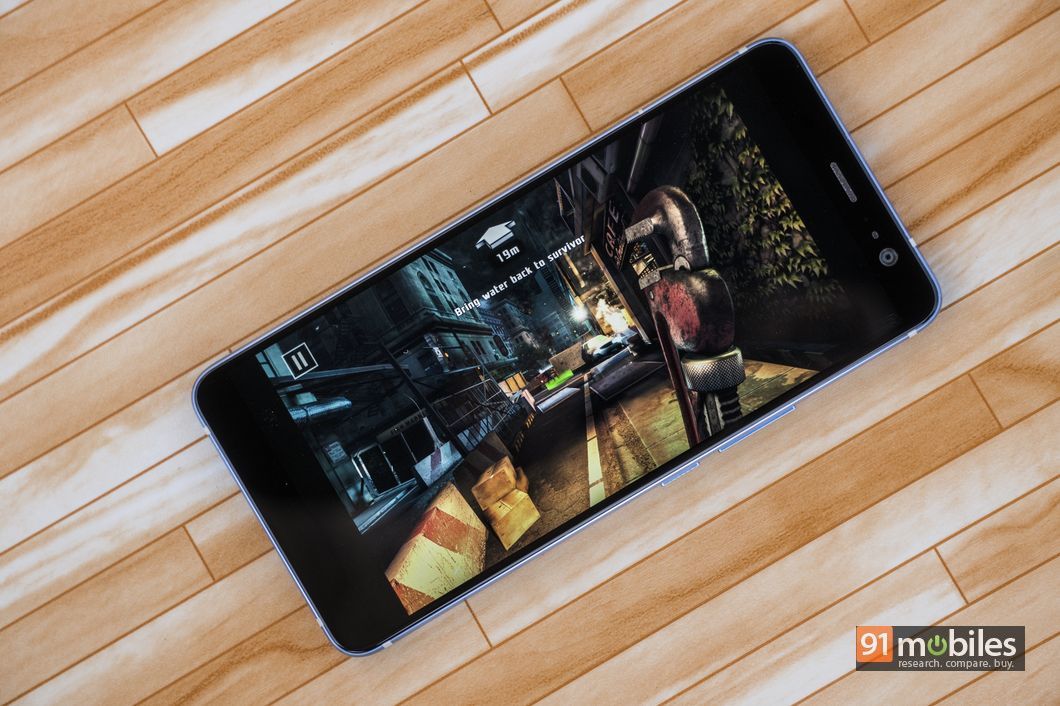 Under the hood, the HTC U11+ is backed by the same components which made the U11 a star performer. The handset features a Qualcomm Snapdragon 835 processor which works in tandem with 6GB of RAM and 128GB of expandable storage. Predictably, the U11+ handled everything I had to throw at it without breaking into sweat. Be it intensive gaming or multitasking between a plethora of applications at once, you’ll get uncompromised performance from the U11+, as is expected from a flagship smartphone. Where things got a little too hot to handle (literally) was with the smartphone’s thermal management. I noticed that the HTC U11+ gets quite hot, especially when you’re running CPU-intensive applications like Snapchat and GPS navigation on it. With that said, the smartphone doesn’t throttle even at higher temps and therefore, the spike in temperature doesn’t affect the overall performance of the device. 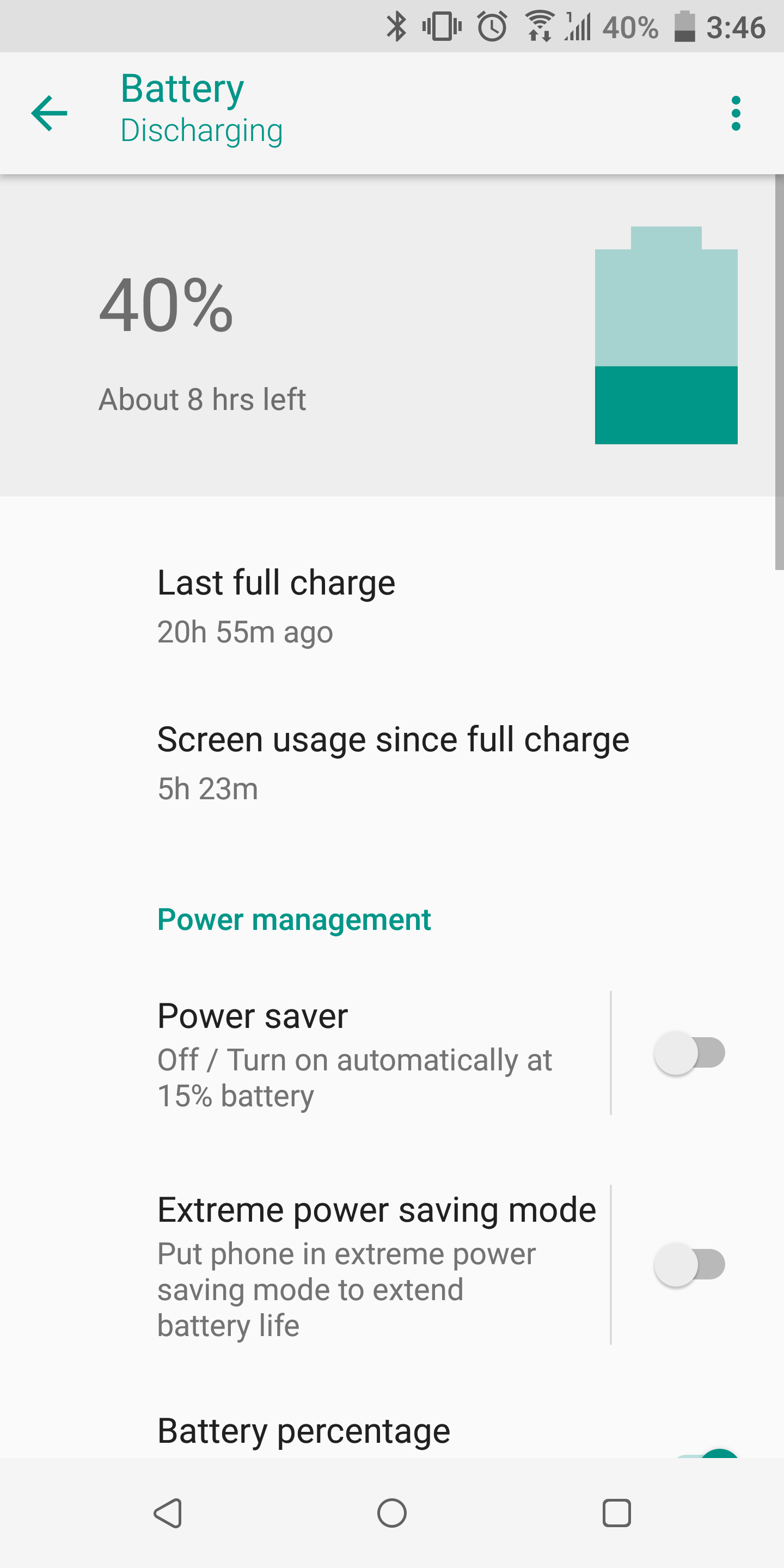 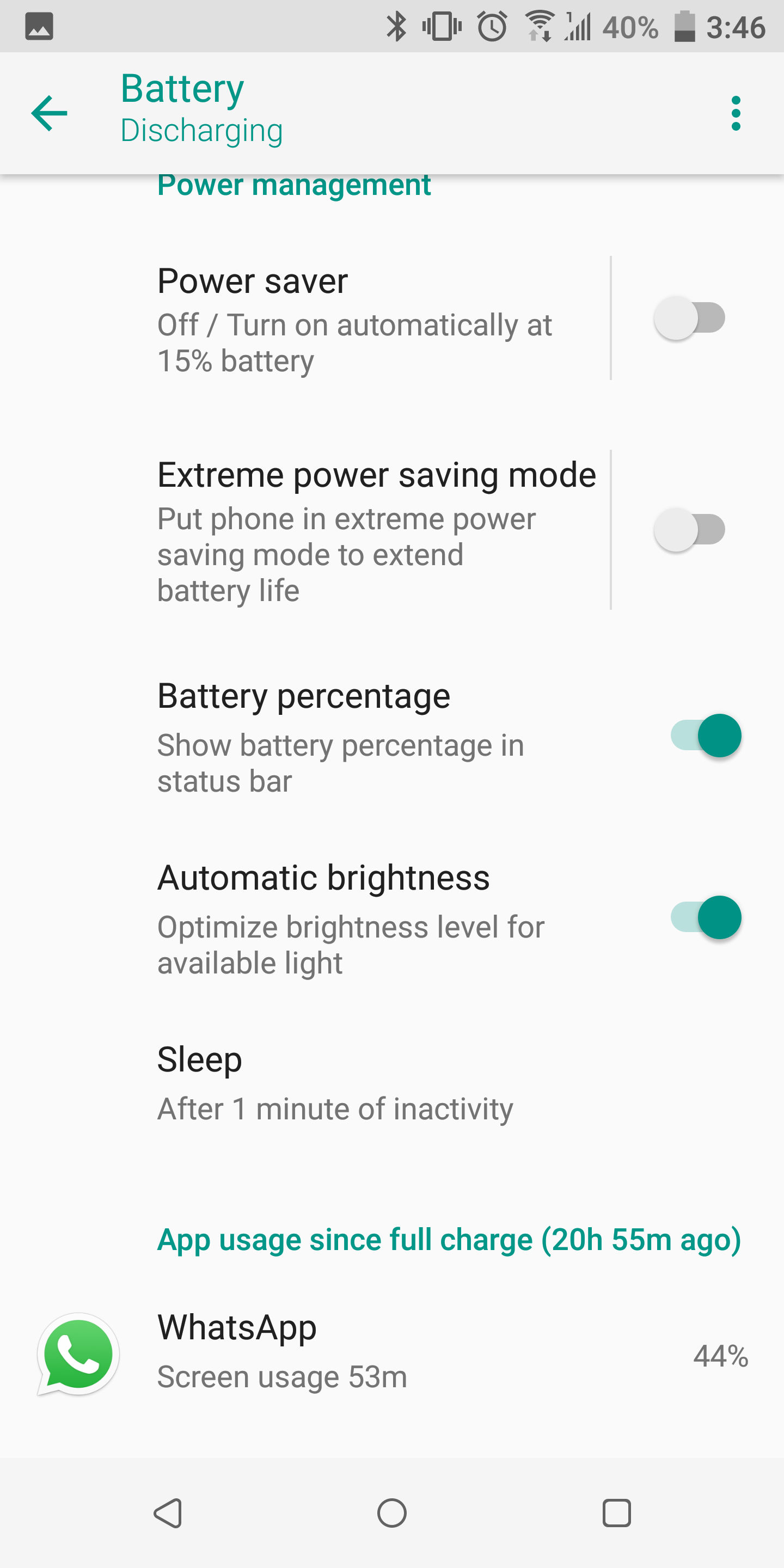 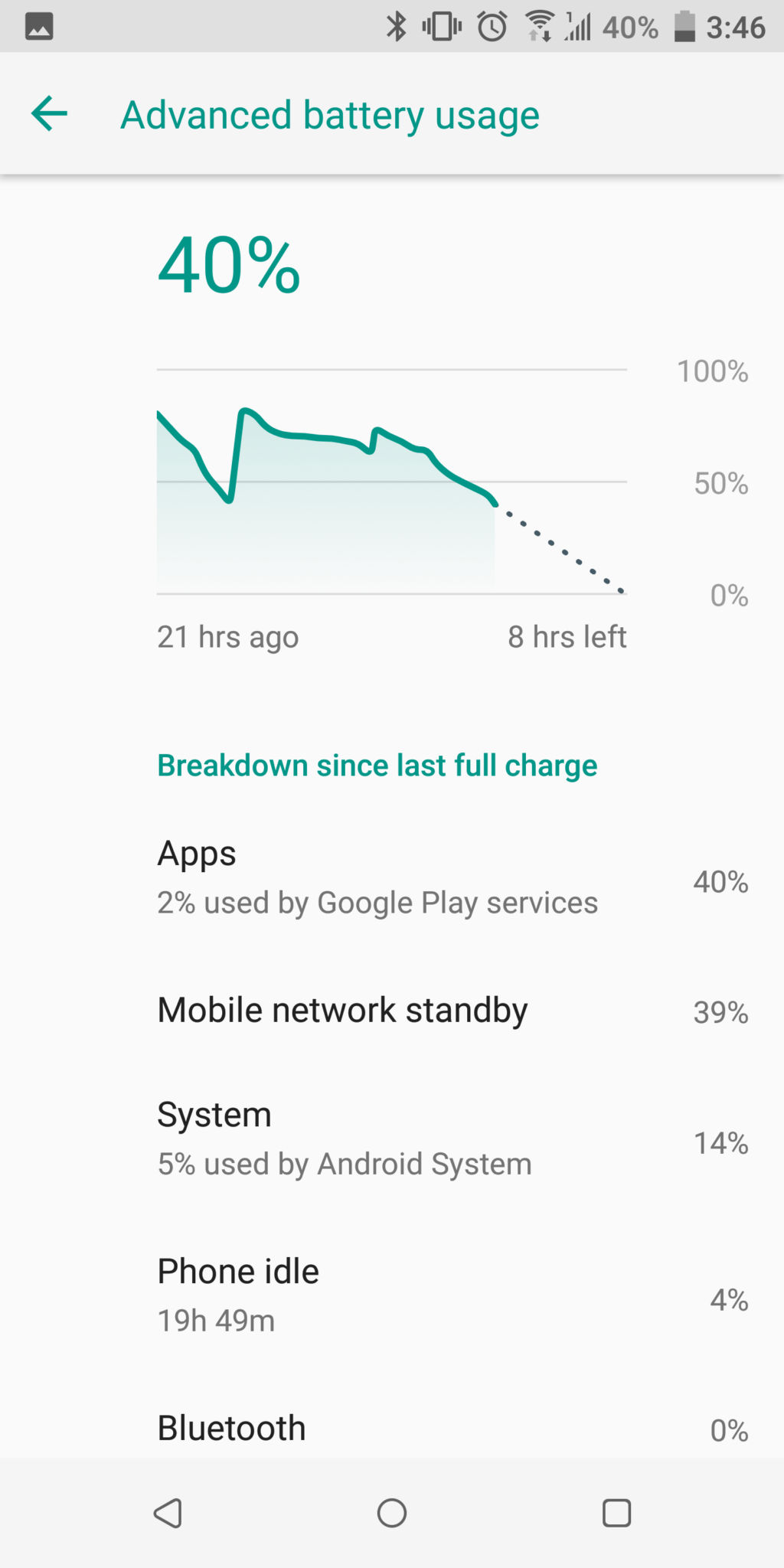 As I mentioned previously, the HTC U11+ is not a lightweight smartphone, and the massive 3,930mAh battery is one of the reasons for that. As you might have guessed by now, the capacious battery guarantees that the smartphone won’t require a top-up in the middle of the day. During my usage which involved a mix of gaming, messaging, GPS navigation, watching shows on Netflix and listening to music throughout the day, I still managed to get back home with 30 percent juice left in the tank. On the off chance you manage to drain the smartphone’s battery to a worriment number, you can also switch to the smartphone’s built-in power saving modes. Moreover, thanks to the Quick Charge 3.0 support and bundled adapter, you can get away with not charging the smartphone overnight too. 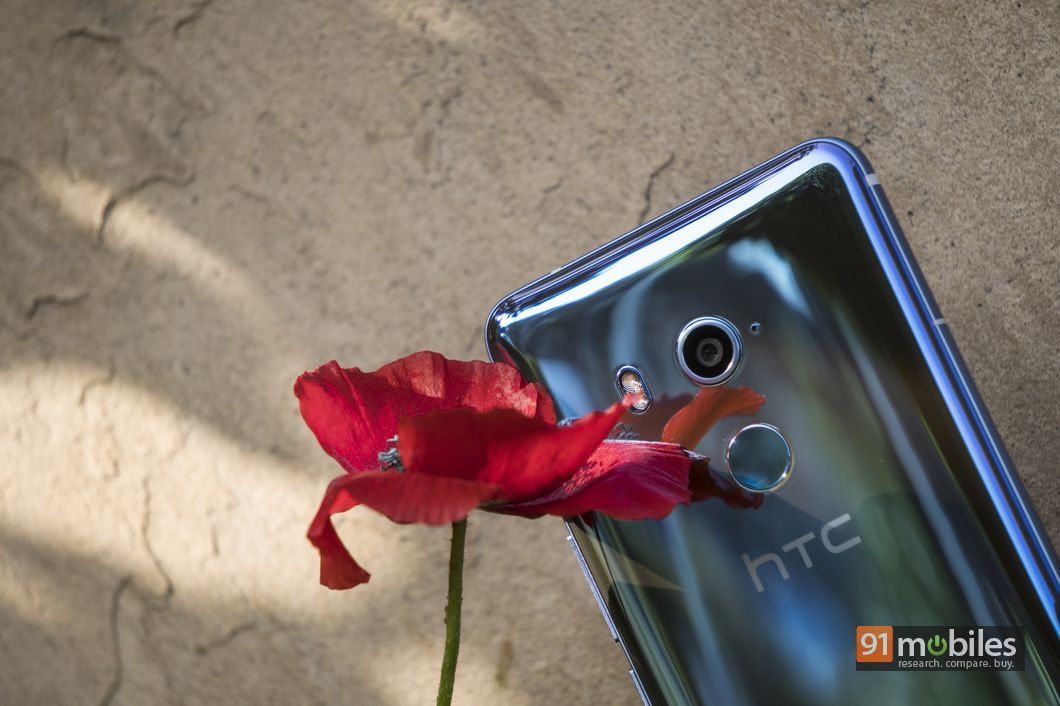 As I mentioned at the beginning of my review, the U11+ is the best smartphone to come out of HTC’s stables yet. However, a new army of flagships from the likes of Samsung, Nokia and Sony is looming up on the horizon, and some people might want to wait before they splurge on a premium flagship. As things stand currently, the U11+ is arguably one of the most premium-looking and feature-packed smartphones that you can buy right now, despite strong competition from the likes of the Google Pixel 2 XL and the Samsung Galaxy S8+. Each of these options have their own pros and cons, but my money goes to the U11+. The smartphone’s rock-solid performance, excellent battery life, sharp display and excellent cameras will not leave you wanting for more.

Photos by Raj Rout
Competitors for HTC Mobiles U11 Plus
ShareTweetShare