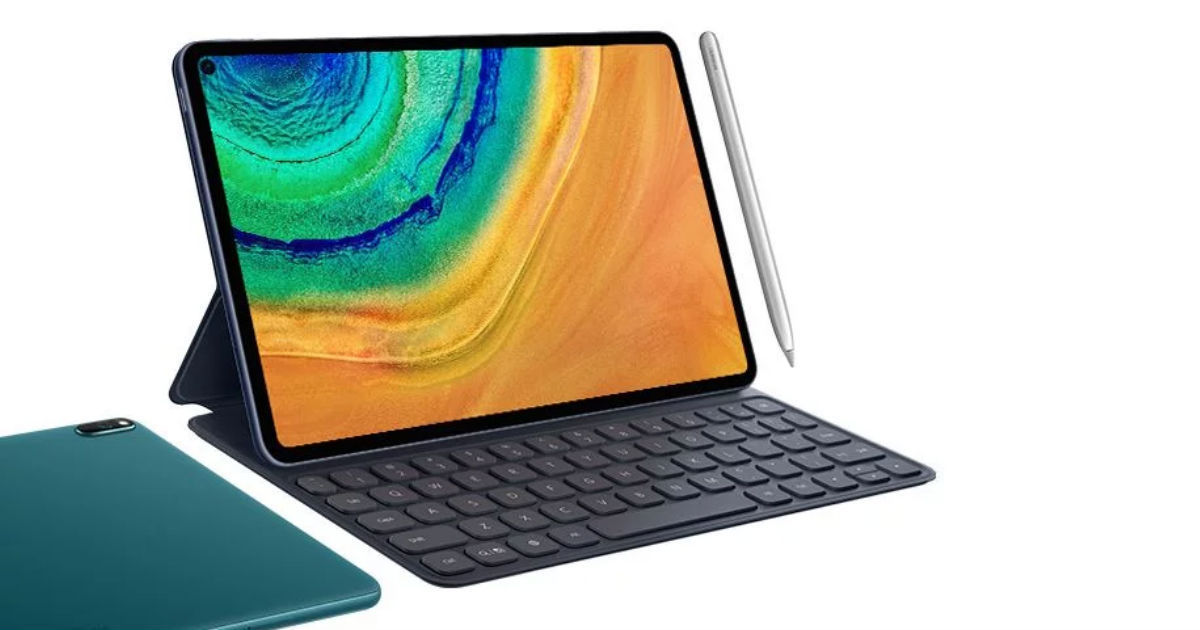 A mysterious Huawei tablet with the model number WGR-W09 has been spotted on the Geekbench platform, revealing key specifications. Speculations are rife that it could be the Huawei MatePad Pro 2, successor to the MatePad Pro. According to the listing, the tablet has managed to score 908 points in the single-core and 2987 points in the multi-core round. As for the Huawei MatePad Pro 2 specifications, it is said to come with dated Android 10 OS out of the box and 8GB RAM, but there could be other options at launch. Interestingly, the chipset details aren’t revealed from the Geekbench listing but it will arrive with a 2.04GHz octa-core processor. Unfortunately, that’s pretty much everything that is revealed from Geekbench at the moment. 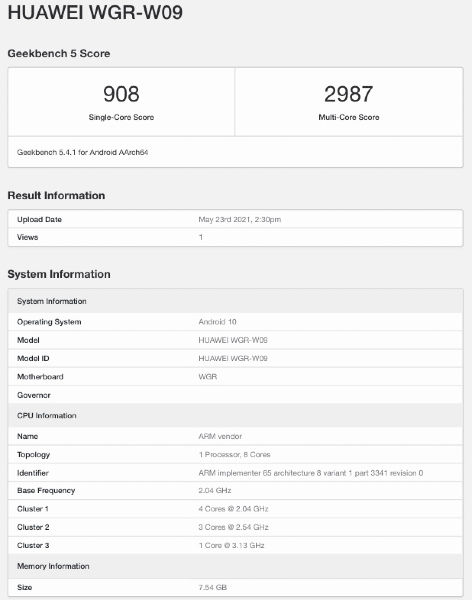 To recall the Huawei MatePad Pro specifications, it comes with a 10.8-inch Quad HD+ display with punch-hole cutout for the selfie snapper, 2,560 x 1,600 pixels resolution, a 90 percent screen-to-body ratio, and thick bezels on the sides. It is powered by the in-house Kirin 990 SoC coupled with up to 8GB of RAM and up to 256GB of storage onboard. The tablet will be available in both LTE and Wi-Fi-only models. The tablet boots Android 10-based EMUI 10 out of the box and it is equipped with features such as allowing users to clone their phone’s interface on the tablet’s screen to transfer files, answer phone calls, and send/receive text messages.

Moving to optics, the Huawei MatePad Pro has a 13MP rear camera with f/1.8 aperture, phase detection autofocus, and LED flash. There is an 8MP shooter on the front for selfies and video chats and a 7,250mAh battery with 40W rapid charging, 15W wireless charging, and 7.5W reverse wireless charging support. Connectivity features include Wi-Fi, Bluetooth 5.1, GPS (only on LTE model), and USB Type-C port. It comes with M-Pencil Stylus that supports 4096-level pressure sensitivity and quad speakers with Histen 6.0 audio support.