US-based smartphone maker InFocus has launched its latest high-end phablet called the M680 in India. It’s a feature-loaded offering with a premium all-metal unibody design that measures 7.2mm around the waist and weighs 158 grams. The phone aims to deliver excellent selfies thanks to a 13-megapixel front snapper with f/2.2 aperture and a Samsung 3M2 sensor, along with full HD video recording. 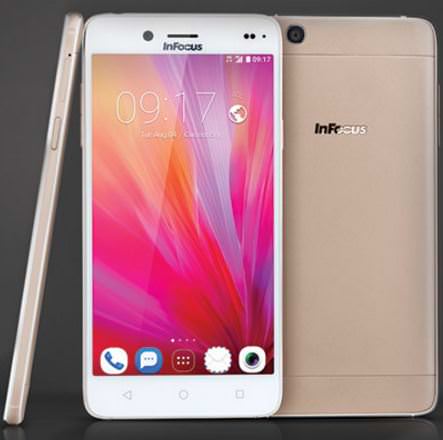 Coming to the other specs, the InFocus M680 flaunts a 5.5-inch 1080p (~401ppi) IPS display from Sharp / AUO with tempered glass for protection. The phone utilises a 64-bit, 1.5GHz octa-core MediaTek MT6753 processor, aided by 2 gigs of RAM. The storage on board is 16GB, further expandable up to 64GB via a microSD card.

The M680 caries the same 13-megapixel primary camera, which is supplemented by an LED flash. Both primary and secondary snappers are capable of recording 1080p videos. Software-wise, the handset runs Android 5.1 Lollipop, and will be getting an update to Android 6.0 Marshmallow in the coming weeks. The device supports Indians TDD-LTE band 40 and FDD-LTE band 3 4G networks. Other connectivity options include dual hybrid-SIM slots, Wi-Fi, Bluetooth 4.0 and GPS. A 2,600mAh battery provides the juice.

The InFocus M680 has been priced quite affordably at Rs 10,999, and comes in gold and silver hues. The brand is bundling the phone with a selfie stick worth Rs 1,000 for the first 2,000 buyers. It will be exclusively available on Snapdeal via flash sales. The first sale is scheduled on December 21st, registrations for which have already begun on the e-retailer’s website.