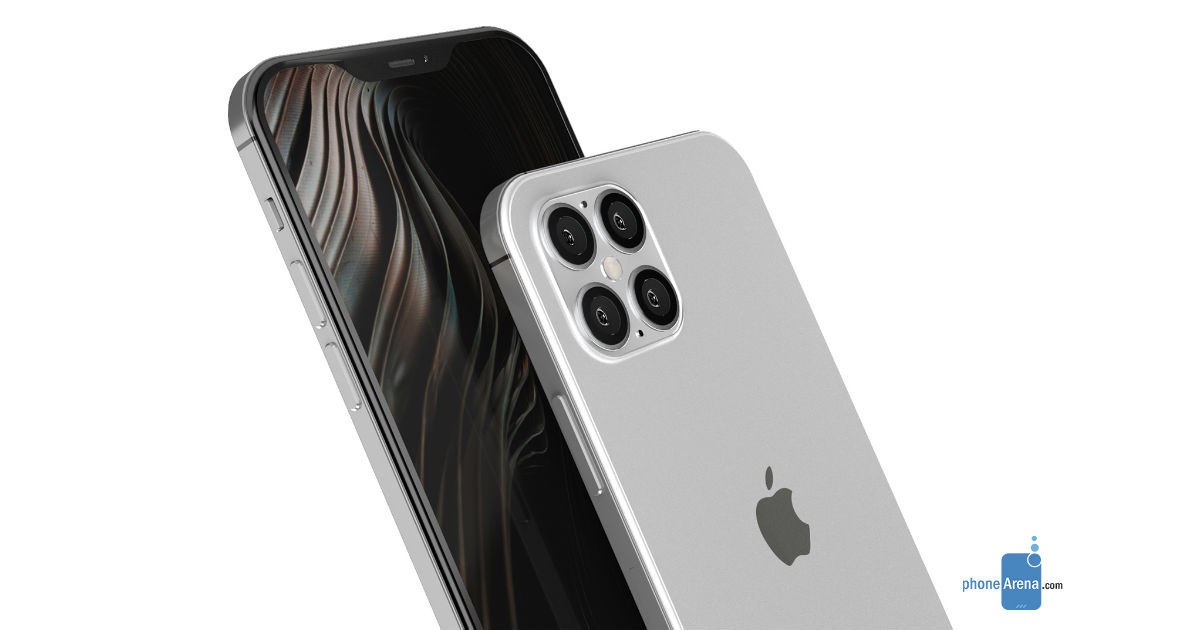 An iPhone 12 render, based on Apple analyst Ming-Chi Kuo’s reports, has surfaced online. The image reveals what to expect from the Cupertino-based firm upcoming smartphone in terms of design. As you may have known by now that Apple is expected to bring back its boxier design, introduced with iPhone 4, with the iPhone 12. The next-gen iPhone series will feature sharper edges instead of the softer contours that can be seen on the current models, including the latest iPhone 11 series. Apart from this, the iPhone 12 is tipped to feature a slim notch and quad-rear camera setup.

Posted by Phonearena, the iPhone 12 renders imagine the phone with a design reminiscent to that of iPhone 4/5/SE. The rear panel of the phone features squarish camera bump, with four sensors and LED flash at the top right corner, while the fascia has a notch-toting display. Speaking of the notch, Apple may shrink the notch on iPhone 12 a little instead of completing eliminating it, as seen in previous renders. The slim notch will give iPhone 12 users more screen real estate for immersive viewing. Furthermore, the alert slider and volume rocker are uniformly spaced on the right spine, while the left edge houses power button.

Kuo has previously revealed that the iPhone 12 would come with a 3D Time-of-Flight sensor on the back to further improve portrait mode and offer better support for augmented reality (AR) features. This will likely be paired with a wide lens, ultra-wide lens, telephoto lens, and dual-LED flash. The handset’s camera module may also house IR emitter, which could be there to capture better images in lowlight environment. As for the colour options, we can expect the iPhone 12 to be available in at least silver and black hues.