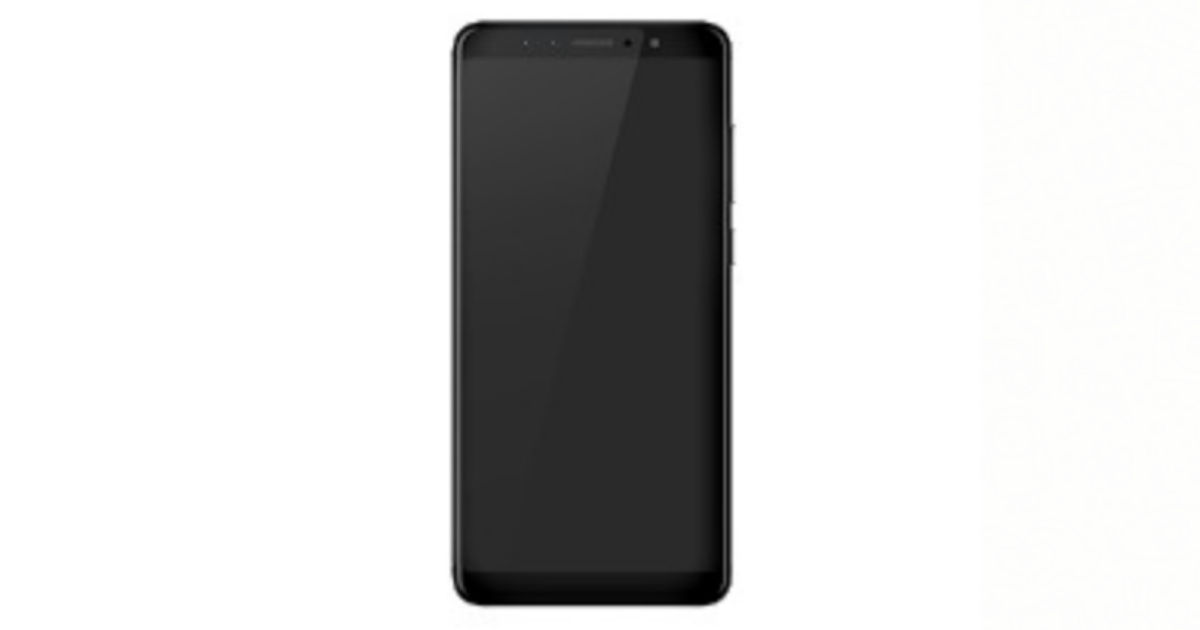 “The Lenovo K5X is expected to be the upcoming mid-range smartphone with Android 8.1 Oreo from Lenovo”

Lenovo recently refreshed its K-series lineup with the launch of the K5S and K5 Pro smartphones in the Chinese market. Now, another K series smartphone by Lenovo, named K5X, has appeared online, suggesting the launch may not be too far away. The upcoming handset will be a mid-range offering, going by the leaked specifications. However, the accompanying image shows it will have thick bezels above and below the display panel. 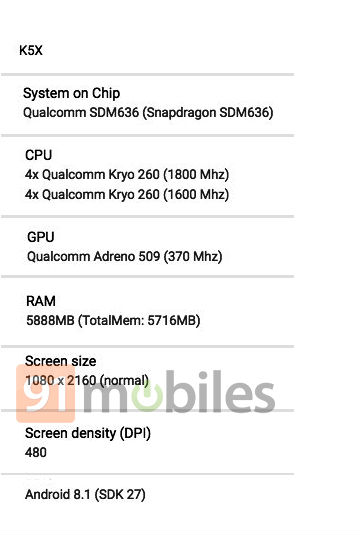 According to details tipped to 91mobiles, the Lenovo K5X will pack Qualcomm’s octa-core Snapdragon 636 chipset aided by 370MHz Adreno 509 GPU and 6GB of RAM. The handset’s screen size has not been revealed yet, but it’s tipped to feature a resolution of 1,080 x 2,160 pixels (full HD+) and screen density of 480 dpi. Furthermore, the Lenovo K5X will boot a rather dated Android 8.1 Oreo out of the box. The image of the phone has further revealed that it will come with a notch-less 18:9 aspect ratio and dual selfie cameras placed on the top-bezel.

Unfortunately, the leak hasn’t shed light on other details of the handset. But, a previous report has revealed that an alleged Lenovo K5X is in works, and it has been certified by TENAA with model number L38041. The listing went on to add that the phone shall have multiple storage options such as 32GB, 64GB, and 128GB, and a rear-mounted fingerprint sensor. A “Zero-Touch support” was also reported, which probably stands for face unlock feature.

That’s it about the Lenovo K5X for now and other details about it are as much a mystery as its launch date. We’ll bring you more updates about the handset, including its launch date, price, and availability, as and when it’s there.