The K series from Lenovo has worked wonders for the Chinese brand. The first smartphone in the range – the K3 Note (review) – was the most popular smartphone of 2015, while its successor, the Vibe K4 Note (review) sat at second place as the most popular phone of 2016. In fact, the company got so hopeful about the prospects of the series that it kept on adding successive devices in the range, in the form of the K5 Note (first impressions) and K6 Note. The latter was launched in December, and accompanies its compact and affordable sibling, the K6 Power (first impressions). With a price tag of Rs 13,999 (Rs 15,999 for the higher-end model), the Lenovo K6 Note might seem to be priced higher than the competition, but it still manages to stand out thanks to its offline availability. But is that enough to make it worth a buy? Well, that’s what we’ll be answering in our review. 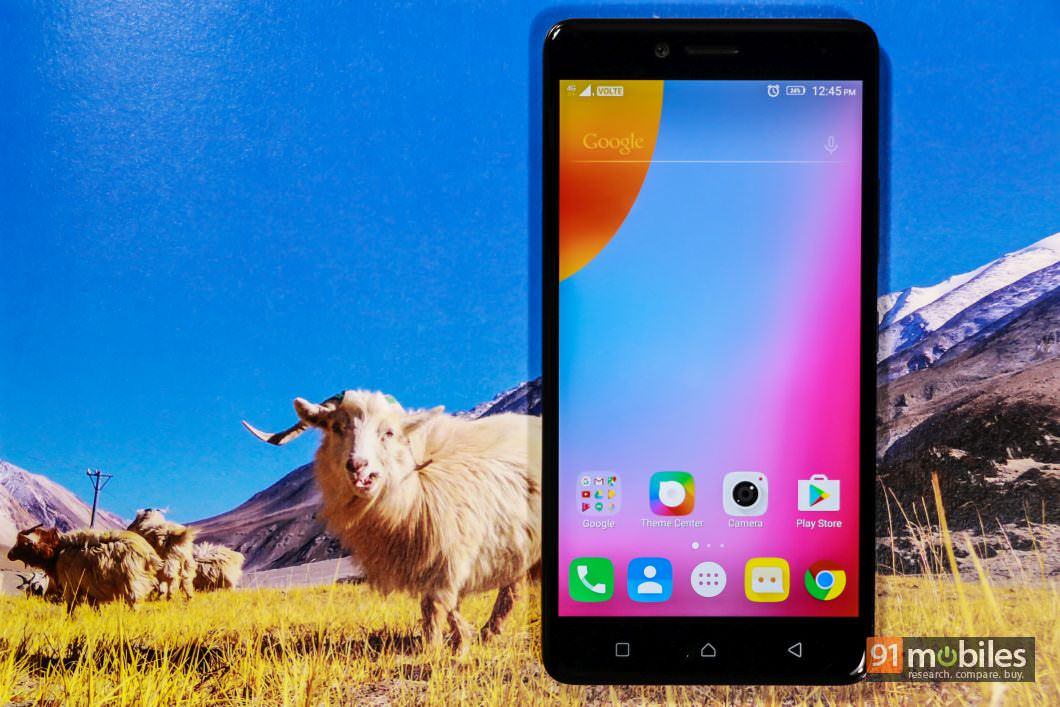 The K series has come of age. From the plastic-bodied K3 Note to the metal-clad K6 Note – the brand has continuously evolved the design language of the smartphones. The Lenovo K6 Note features a sturdy build thanks to its metal construction, while looks classy in grey. The best part is that even with a capacious battery of 4,000mAh, the phone doesn’t seem to be very thick at 8.4mm. Tipping the scales at 169g, its weight has been distributed well and it doesn’t feel too bulky in the hand. 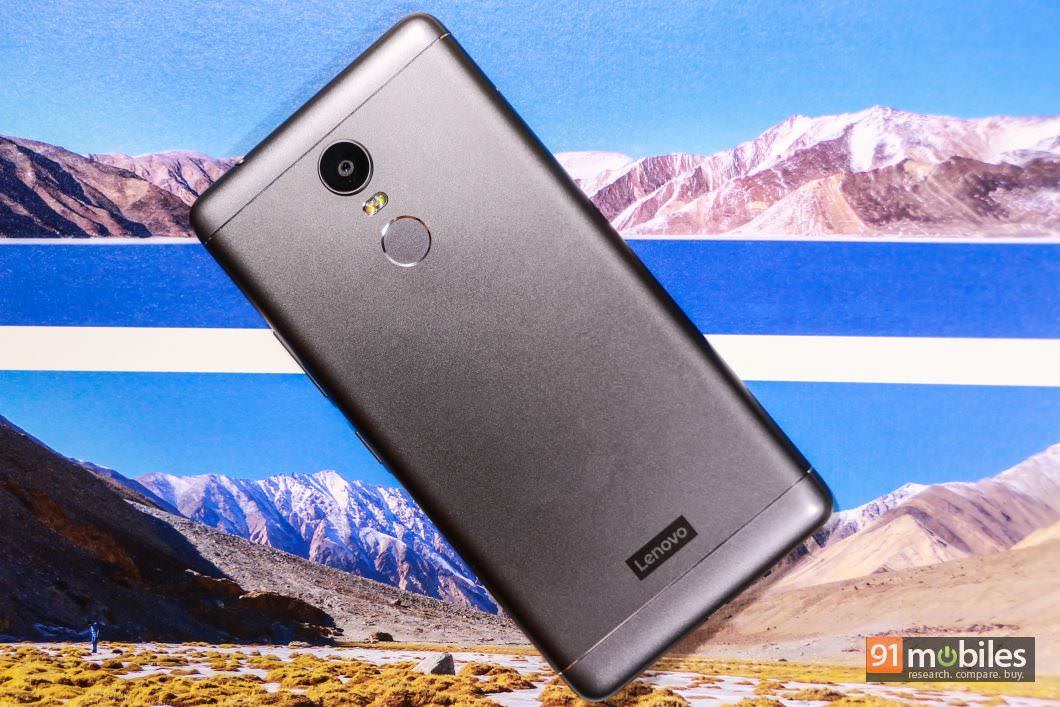 Having said that, the Lenovo K6 Note looks just like any other budget smartphone – a rectangular unibody metal slab with the usual placement of the ports and buttons. In fact, it simply is a bigger version of the K6 Power. The fascia is dominated by the 2.5D display panel, which is accompanied by a front-facing snapper and an earpiece above, and a row of capacitive keys at the bottom. Personally, we found the buttons to be an eyesore as they break the uniformity of the design. At the rear, the primary camera protrudes quite a bit, resulting in wobbliness whenever the K6 Note is kept on its back on a flat surface. It’s supplemented by a dual-colour LED flash and a fingerprint sensor. The biometric authentication works like a charm every time and responds quickly too.

The 5.5-inch IPS display bears a resolution of 1,920 x 1,080 pixels, which offers sharp visuals and striking colours. While the screen is a bit reflective, we didn’t find any issues in reading it in outdoor settings. Thanks to its Dolby ATMOS support, the Lenovo K6 Note is an ideal option for multimedia addicts as it offers a good sound output. It also supports Virtual Reality with its Theatermax 3.0 technology, and you can instantly switch to VR mode with a single click. Sadly though, it lacks any protective layer on top of the display panel. 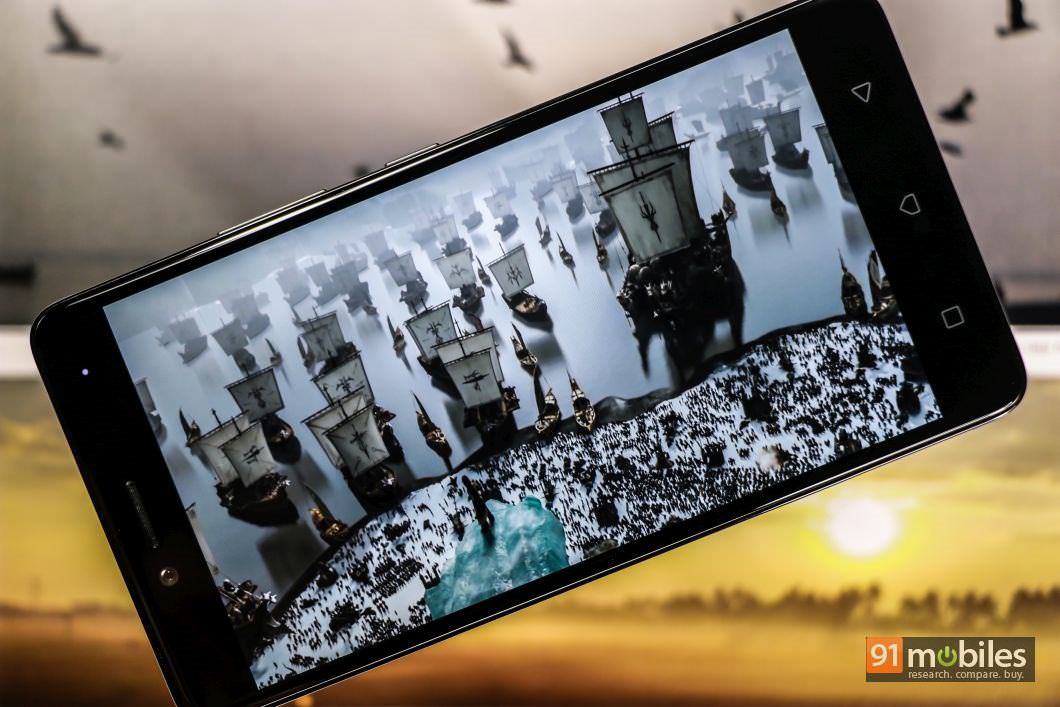 Just like its compact sibling, the Lenovo K6 Note is a battery-centric offering. It ensures that the phablet lasts more than a day, even with heavy usage. We used the device on Jio’s VoLTE network to access the internet, stream content off Amazon Prime Video and play games – and it still had a decent amount of juice left at the end of the day. That said, it’s not as remarkable as its rivals featuring similar battery packs. In our video loop test, it was able to play back an HD video at 50 percent brightness and volume levels for approximately 11 hours and 15 minutes – a couple of hours lower than the Xiaomi Redmi Note 3 (review). It also supports fast charging with the bundled 2A adapter… fuelling the battery from 0 to 100 in 2 hours 30 minutes. Like its sibling, you can also use it to reverse charge your mobile devices. 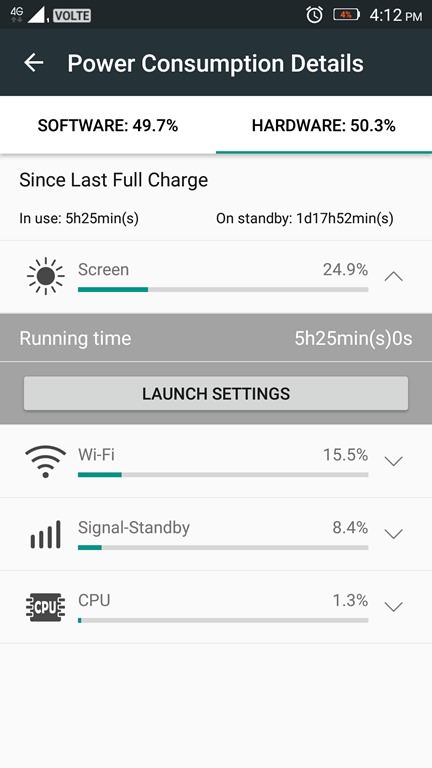 In terms of the connectivity, the Lenovo K6 Note doesn’t miss out on anything. From dual-SIM connectivity to Wi-Fi b/g/n, Bluetooth, and GPS – the phablet has them all. The hybrid SIM slot gives you the flexibility of extending the storage if you need, although the available 32 gigs of flash memory on board should be sufficient for most of your needs. 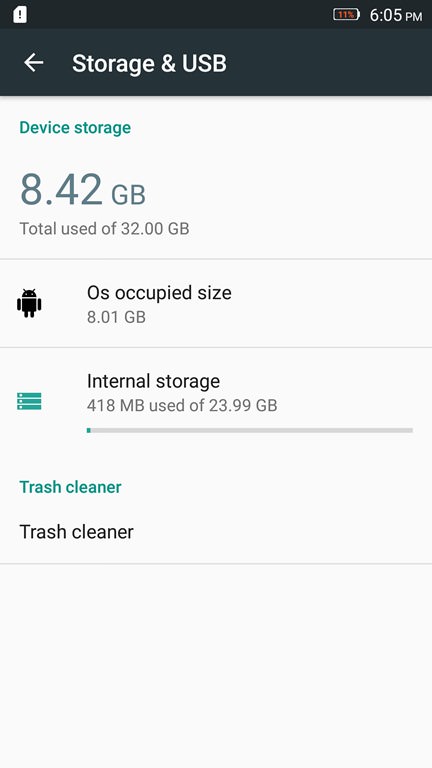 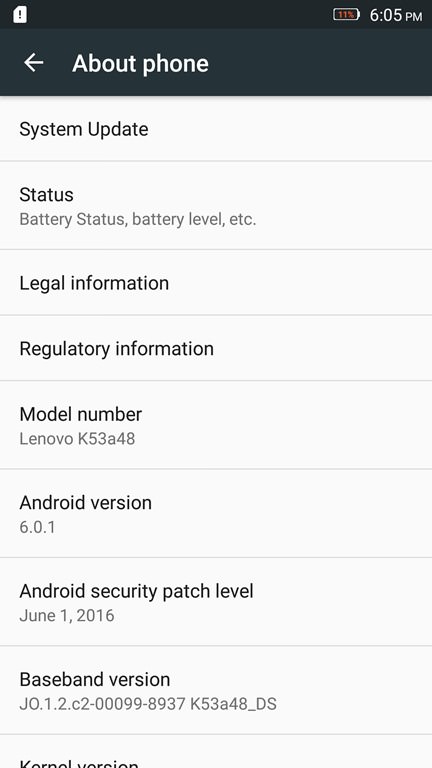 We’re glad we can count the the software aspect of the K6 Note as one of its plus points. While earlier, the brand was famous (read infamous) for its heavy customisations on top of Android with Vibe UI, complete with custom icons and a dozen preloaded apps, the Chinese company seems to be now following the footsteps of Motorola, which it acquired in 2014. The layer on top of Google’s OS is now called Pure UI and true to its name, you would only find minor changes as compared to stock Android. And, those changes are quite useful – the app drawer has a search bar at the top along with the frequently-used apps towards the right, support for gestures like double-tap-to-wake, use fingerprint sensor as a shutter button in the camera app, and more. There’s also support for dual app profiles letting you run two instances of apps like WhatsApp. 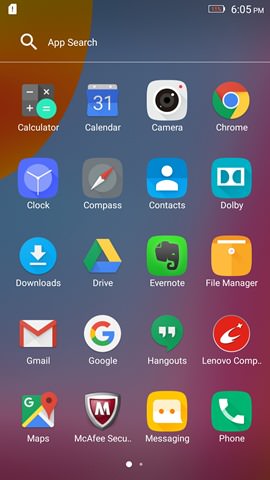 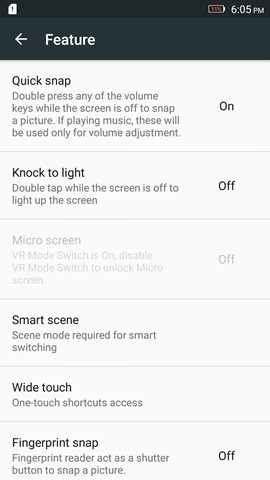 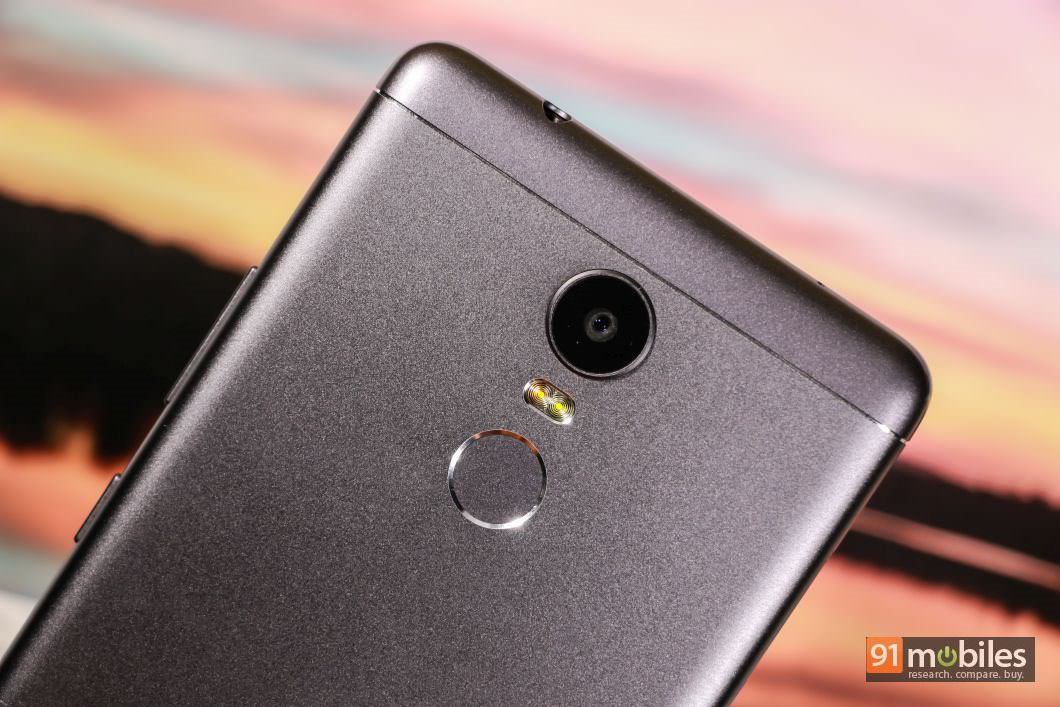 The Lenovo K6 Note flaunts a 16-meg snapper at the back, supplemented by a dual-tone LED flash. Even though the megapixel count is impressive, it fails to change our opinion about the camera performance of Lenovo’s devices. While it’s able to lock focus on the objects quickly thanks to PDAF technology, and the shutter speed is good as well, the quality is anything but. Even in daylight, the outdoor shots show grains when zoomed into. That said, the images are fine for casual sharing on social media and colours are reproduced well too. Macro images also show lack of detail when viewed at full resolution. The phone also suffers from exposure issues with the touch-to-focus option resulting in overexposed or underexposed images. Like most handsets, the K6 Note also struggles in low light, with the images failing to offer much detail, though the LED flash does help a bit. 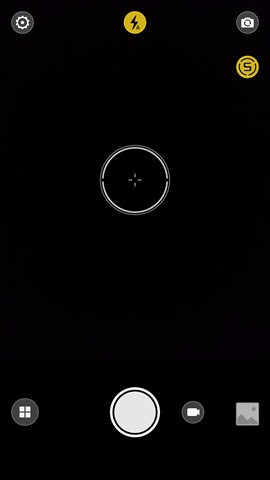 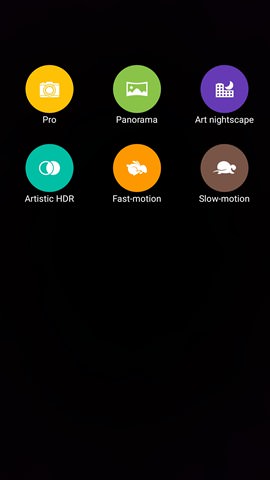 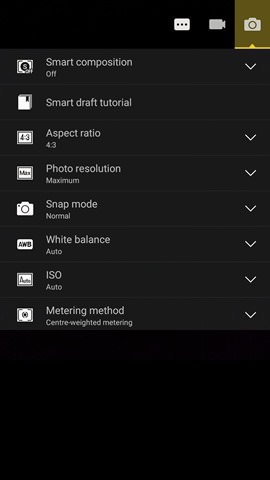 We do like the camera viewfinder on the Lenovo K6 Note. It’s loaded with options, and the smart composition mode is really helpful. It automatically detects what you want to capture – portrait, food, etc., and guides you to set the frame accordingly. It also comes with a Pro mode letting you tweak the ISO levels, shutter speed, and more. Strangely though, the phablet’s snapper lacks an HDR mode and offers an artistic HDR, which kind of acts like Instagram filters by sprucing the images – sometimes making them seem unnatural. The quality of selfies fare a bit better, and screen flash helps in shooting in dim environments. Sadly, the video recording tops at 1080p, which is a big bummer as quite a few smartphones in this price bracket support are capable of shooting 4K. Take a dekko at the pictures clicked with the Lenovo K6 Note.

You’d notice that we haven’t touched upon on the core hardware powering the Lenovo K6 Note… and that’s because it feels quite underwhelming. Under the hood, the phablet comes equipped with Qualcomm’s Snapdragon 430 processor – which fuels the likes of Xiaomi Redmi 3s (review), available at half the price. In fact, the K6 Note’s sibling, the K6 Power also features the same SoC, but is priced below Rs 10,000. At a time when you can get phones powered by flagship chipsets like SD820 in this range, we’d have loved for Lenovo to at least opted for mid-range silicon such as the Snapdragon 650 or the battery-efficient Snapdragon 625. The effect of the same can be seen in the performance department. While day-to-day tasks work fine, the K6 Note falters while playing graphics-intensive titles such as Asphalt 8 or Leo’s Fortune. There are noticeable stutters and frame drops while playing. The device does boast of powerful multitasking capabilities though, as it’s available in both 3GB or 4GB RAM versions. Our 3GB RAM model offers good memory management as it’s able to access the apps in the same state we left them at. 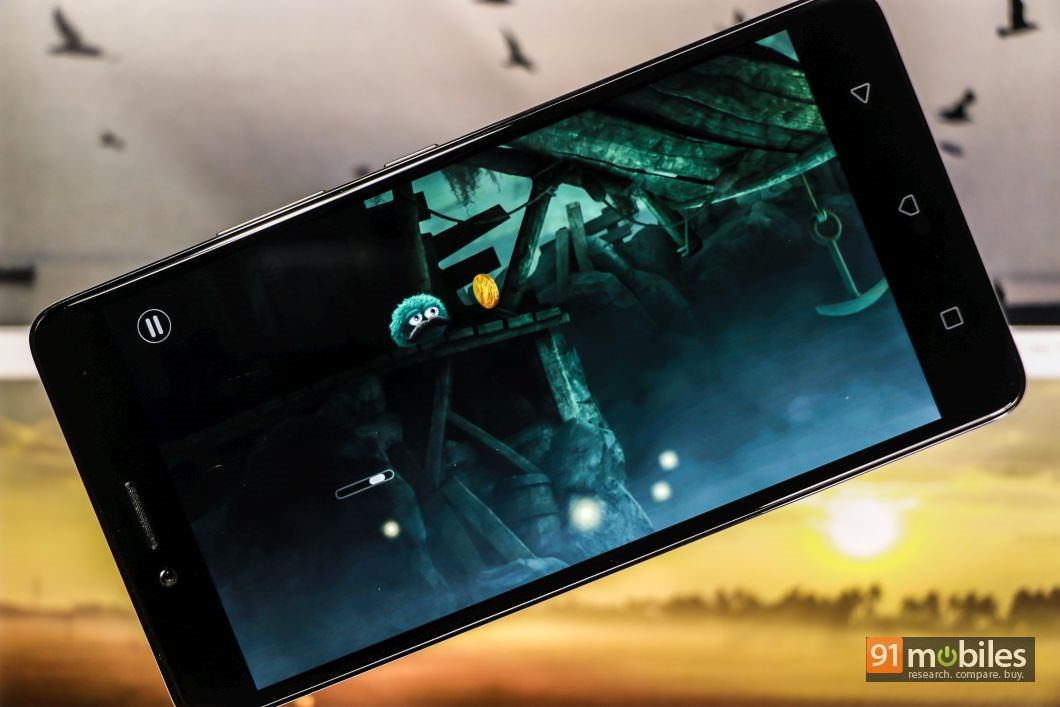 With each successive iteration of smartphones in the K series, the Chinese company seems to be moving up the value chain. While the K3 Note was priced attractively at Rs 9,999, the base model of the Lenovo K6 Note will set you back by Rs 13,999. If you opt for the higher-end 4GB RAM variant, then you’ll need to shell out Rs 15,999. While that’s still affordable, it also puts it in a highly competitive space with many of Lenovo’s own offerings.

The most notable among the competition would be Lenovo’s Z2 Plus (review), which after a recent price cut is the most affordable smartphone with Qualcomm’s flagship Snapdragon 820 chipset in India. If you are looking for battery-centric offering, then the Lenovo P2 (review) is a great option, although you’d need to extend your budget by a couple of grand. Moto’s budget smartphone, the G4 Plus (review) also remains a solid and reliable choice even months after its launch. When we talk about battery performance, then the Coolpad’s dual-camera toting Cool 1 (first impressions) is hard to ignore at its price tag of Rs 13,999. Xiaomi’s new Redmi Note 4 (review) is also set to shake up this price segment by offering a good mix of specs and long-lasting battery life. 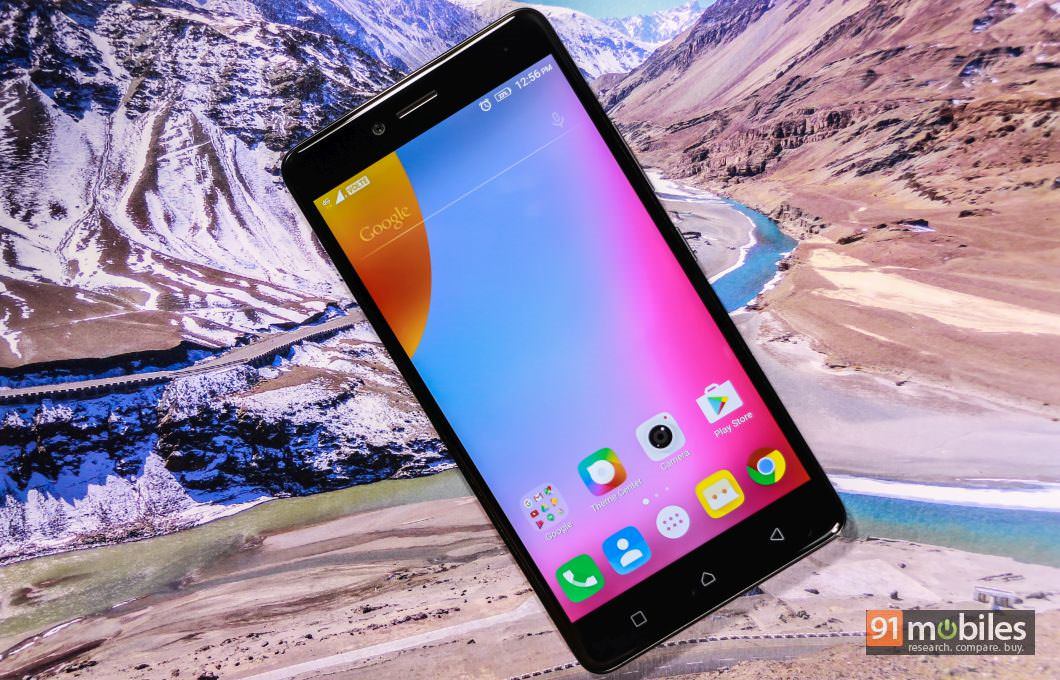 Don’t get us wrong. The Lenovo K6 Note isn’t a bad device, and you can even pick it up from retail stores in your neighbourhood. However, you’ll get much better value for your money and a better, all round experience with one of the other smartphones mentioned above.