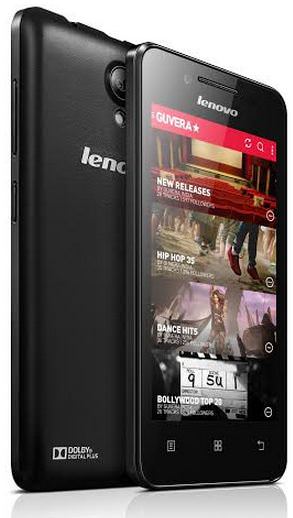 Lenovo has launched a new Android KitKat-powered smartphone called the RocStar in India today. As per the vendor, the phone is targeted at the music lovers who are constantly on the go. The music-centric smartphone comes with Dolby Digital Plus based speaker for an immersive media experience. It comes bundled with Guvera music app, which lets you search and create playlists from over 10 million songs that you can share with your friends. 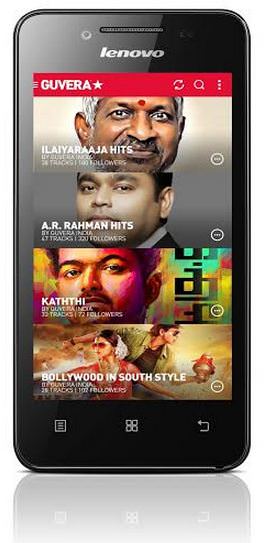 As far as the specifications are concerned, the Lenovo RocStar sports a 4-inch capacitive display with a resolution of 800 x 480 pixels. The processor ticking under the hood is a 1.3GHz dual-core MediaTek MT6572, paired with 512MB of RAM. For storage needs, it has four gigabytes of internal memory and a microSD card slot for expansion up to 8GB. The phone sips juice from a 1,500mAh battery, which as per the company, offers up to 10 hours of music playback, up to 3.5 hours of calling, and around 10 days of standby time on 3G networks. In terms of camera features, it offers a 5MP fixed-focus rear shooter with LED flash and a 2MP front snapper. Connectivity options include dual-SIM slots, 3G, Wi-Fi, Bluetooth 4.0 LE and A-GPS.

The Lenovo RocStar comes loaded with the vendor’s proprietary DOit apps, including SHAREit, SYNCit, and SECUREit. Priced at Rs 6,499, the phone is available in black, white and red.