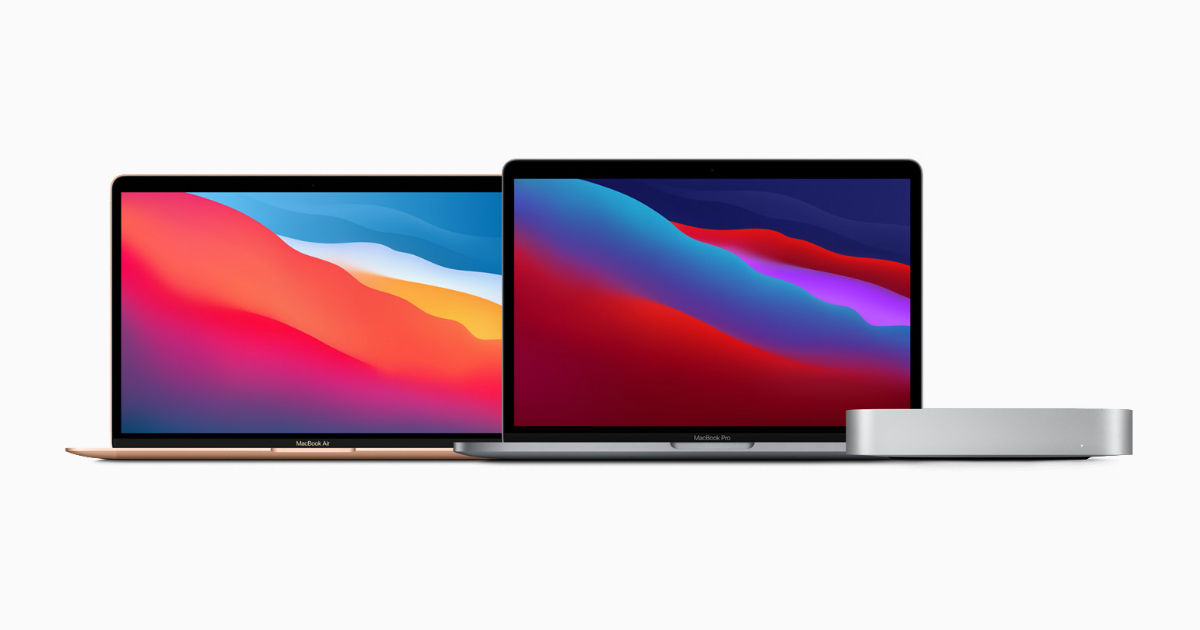 Apple announced its new MacBook Air and 13-inch MacBook Pro prices during the ‘One More Thing’ event on Tuesday. The laptops mark the beginning of the company’s transition to its custom Apple Silicon. The biggest highlight of the event was the launch of the M1 chip, which is Apple’s first SoC dedicated to the Mac. The M1 chip powers the new MacBook Air, 13-inch MacBook Pro, and Mac mini. The chip promises faster CPU, GPU, machine learning, and longer battery life for the Macs than ever before. Following the launch event, Apple revealed the MacBook Air and 13-inch MacBook Pro prices in India, release date, and more.

The 13-inch MacBook Pro price in India is set at Rs 1,22,900 for the 256GB storage option and Rs 1,42,900 for the 512GB storage variant. The MacBook Pro will be available in Space Grey and Silver colours. Lastly, the Mac mini price starts at Rs 64,900. The MacBook Air, 13-inch MacBook Pro, and Mac mini will be available in India starting November 17th via Apple Store online and Apple Authorised Resellers. Both the new MacBook Air and 13-inch MacBook Pro models look similar to their predecessors in terms of design. The biggest upgrade comes under the hood with the all-new M1 chip. Apple claims the MacBook Air with M1 makes it faster than 98 per cent PC laptops sold in the past year. Notably, the MacBook Air comes with a fanless design, which means it will stay completely quiet no matter what you do. Thanks to the power efficiency of the new M1 chipset, the MacBook Air can deliver up to 15 hours of web browsing and up to 18 hours of video playback on a single charge. Other features include an improved front camera, P3 wide colour gamut, Touch ID, Wi-Fi 6, two Thunderbolt ports with USB 4 support.

The 13-inch MacBook Pro powered by the M1 chip makes it the most powerful Macbook for pro users. The 8-core CPU is paired with the MacBook Pro’s active cooling system to handle complex and intensive workloads as well as gaming. Apple claims the MacBook Pro with M1 is 3x faster than the best-selling Windows laptop in its class. The MacBook Pro delivers up to 17 hours of web browsing and up to 20 hours of video playback, which is the longest battery life ever on a Mac.

The new MacBook Air, MacBook Pro, and Mac mini will be shipping with macOS Big Sur. The latest desktop operating system has been redesigned and brings powerful updates to Safari, Messages, and Maps. The software has been optimised with the M1 chip, so it is more responsive and faster than ever before. Big Sur and M1 will also allow you to run iPhone and iPad apps on the Mac. macOS Big Sur will release for compatible Mac devices starting November 12th.