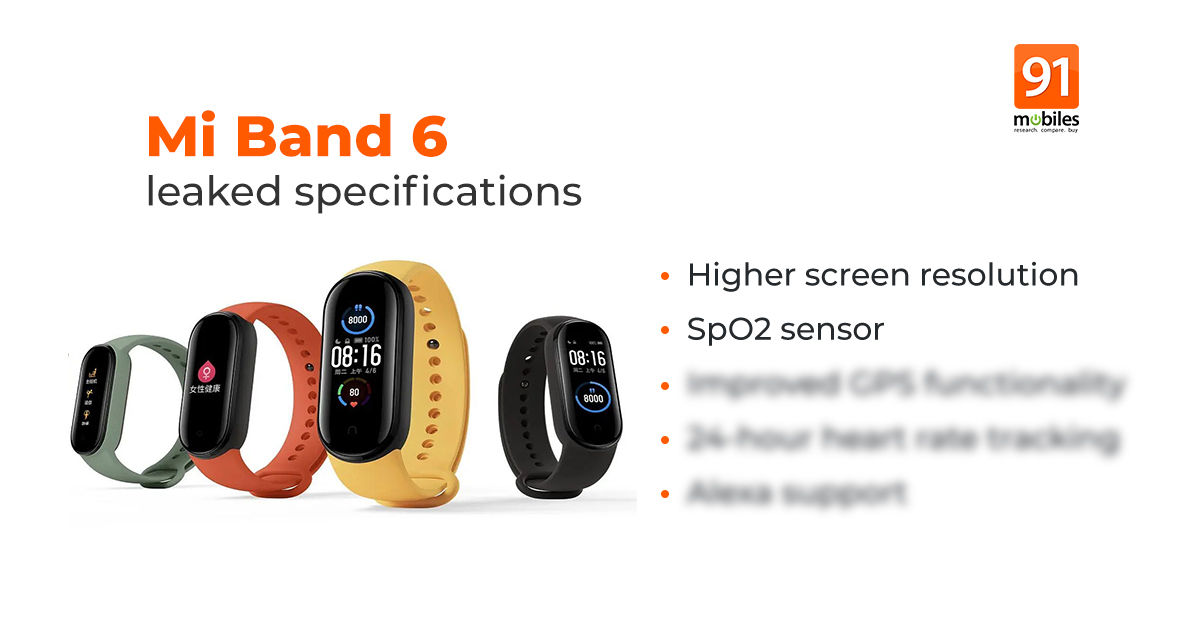 Some key Xiaomi Mi Band 6 specifications have come to light via Huami’s Zepp app for smartphones. The information comes via a Geekdoing forum post, where a user called MagicalUnicorn delved deep into the app’s source code. There appear to be two variants of the Mi Band 6 in the works, with model numbers XMSH16HM and XMSH16HM. The former is a China-only variant that comes with NFC functionality and the latter is a global version without it. For the most part, the Mi Band 6 will be identical to the Xiaomi Mi Band 5, with a dash of new features added here and there.

The forum post states that the Xiaomi Mi Band 6 specifications will include a higher screen resolution. Therefore, it is likely that the fitness tracker will come with a larger screen compared to its predecessor. One of the key additions includes blood-oxygen monitoring functionality via the included SpO2 sensor, something that has been noticeably absent from Xiaomi’s fitness trackers. The international version of the Xiaomi Mi Band 6 will come with Alexa functionality, while the Chinese version will use Xiaomi’s in-house Xiao AI assistant.

Other expected Xiaomi Mi Band 6 specifications include improved GPS functionality, 30 dedicated sports modes, 24-hour heart rate tracking, and sleep tracking. Users will be able to access the sleep tracker’s data directly from the band too. The fitness tracker can also receive notifications from over 300 popular apps such as Gmail, Discord, Messenger, Instagram, and more.

We can expect the Mi Band 6 launch in China first, with a global release following suit. However, if previous releases are anything to go by, it is unlikely that it will be unveiled until June 2021.