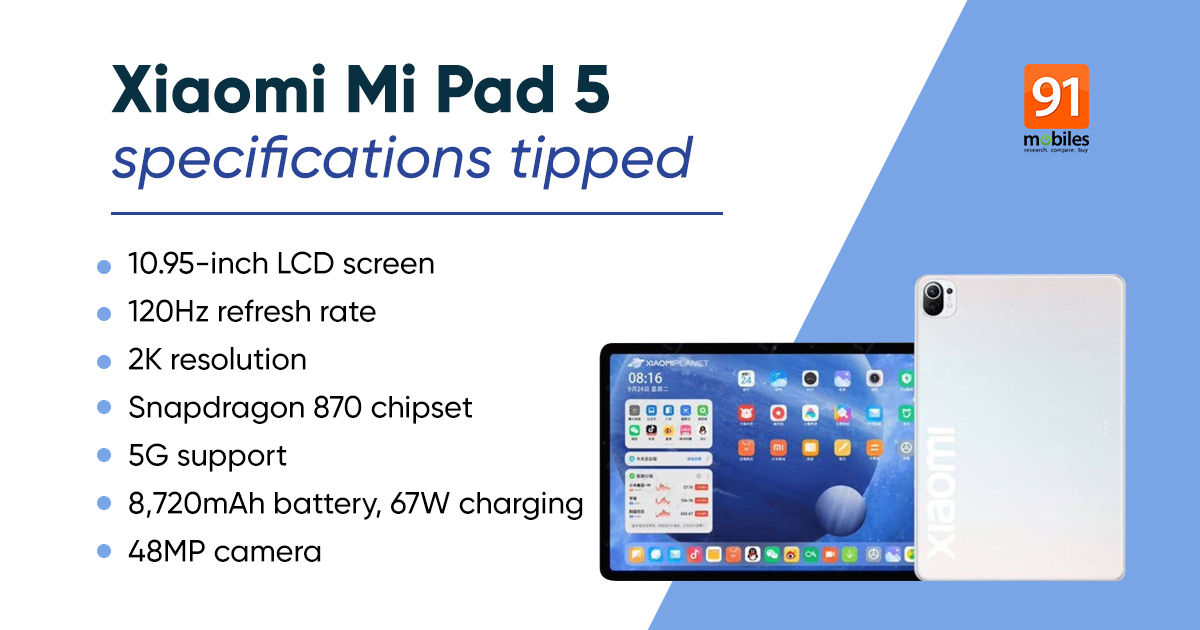 Mi Pad 5 specifications and design have been revealed to us earlier, along with the charging speed. It seems there are three Mi Pad 5 variants in the works, tentatively called the Mi Pad 5 Lite, Mi Pad 5, and Mi Pad 5 Pro. Now, some new specifications about the three variants have emerged online on Weibo. One of the tidbits from the new leak is that two of the Mi Pad 5 models will support 67W fast charging, while the third one will be saddled with 33W speed. There is a fourth variant too, but rumour has it that it could be an entirely different tablet, probably a Redmi model. Let’s take a look at what the new Mi Pad 5 specifications are:

Two of the Mi Pad 5 variants will reportedly feature the Qualcomm Snapdragon 870 chipset. However, one of them will pack a 48MP rear camera and offer 5G connectivity, whereas the other one will use a 12MP camera and will be a Wi-Fi-only device. Both tablets are claimed to have a 10.9-inch 2K LCD panel with a refresh rate of 120 Hz and powered by an 8,750mAh battery that supports 67W fast charging. These could be referring to the Mi Pad 5 Pro and the Mi Pad 5, with the only difference being camera megapixel count.

Moving on, the third model will use the Snapdragon 860 chipset but sport the same 2K 120Hz LCD panel as its other two siblings. It is also said to lower the fast charging speed to 33W and contend with only a 12MP camera. This could be the Mi Pad 5 Lite, though it’s hard to tell.

Lastly, the leak also refers to a Snapdragon 768G tablet. This may or may not be a part of the Mi Pad 5 series. Once again, there isn’t much information about it. 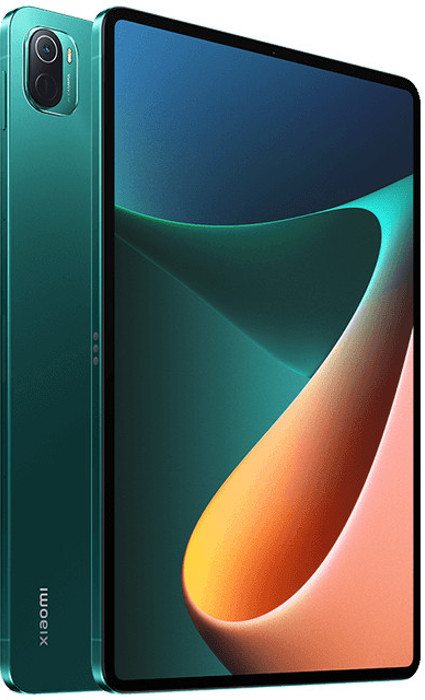