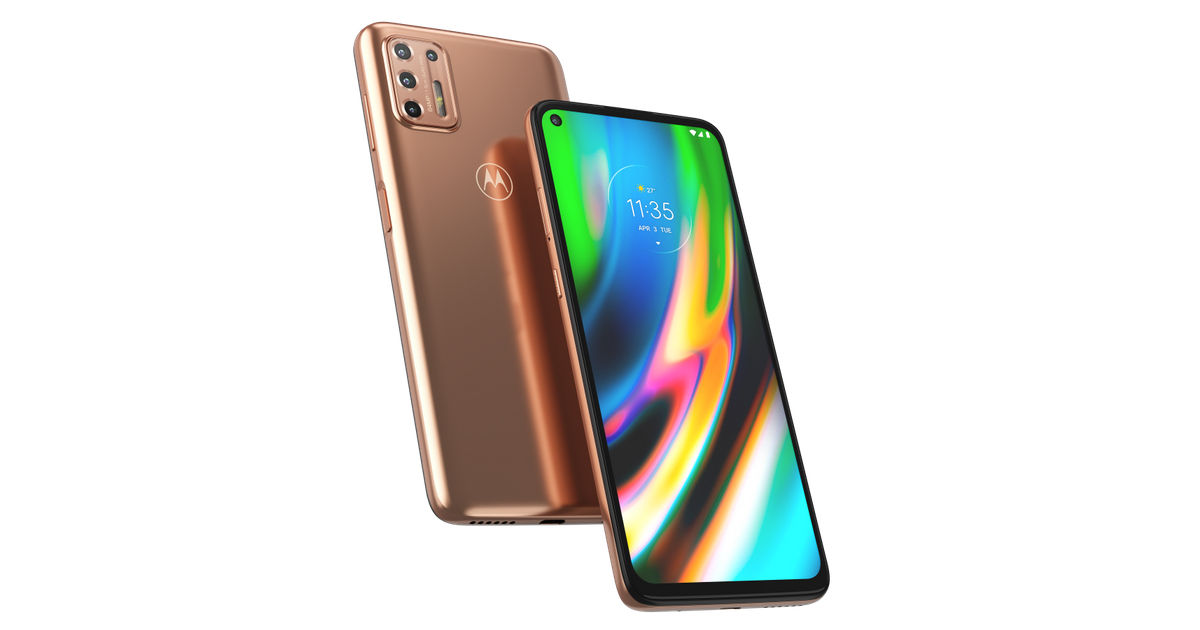 Motorola has launched the Moto G9 Plus with mid-range specifications in Brazil. The phone comes after the Moto G9 Play and Moto G9, the latter having been launched in India last month. The new Moto G9 Plus comes with features such as a large 6.8-inch display, 64MP quad cameras, 5,000mAh battery, and more. Powering the Moto G9 Plus is the Qualcomm Snapdragon 730G mid-range chipset. There is no word yet on whether the smartphone will launch in other markets, including India.

The Moto G9 Plus price in Brazil is R$2.499,10 and the smartphone is available in Rose Gold and Indigo Blue colours.

The Moto G9 Plus sports a 6.8-inch FHD+ Max Vision display with a punch-hole cutout on the top left corner of the screen and HDR10 support. The phone is powered by the 2.2GHz Qualcomm Snapdragon 730G chipset paired with 4GB RAM and 128GB internal storage. The Moto G9 Plus gets a quad-camera system housed in a rectangular module at the back and a side-mounted fingerprint sensor.

The new Moto G9 Plus packs a 5,000mAh battery and supports 30W TurboPower fast charging. The rear camera setup includes a 64MP primary camera, an 8MP wide-angle lens, a 2MP macro lens, and a 2MP depth sensor. There is a 16MP sensor at the front for selfies. The Moto G9 Plus runs on Android 10 and connectivity options include NFC, Bluetooth 5.0, Wi-Fi 802.11 a/b/g/n/ac, and a 3.5mm headphone jack.