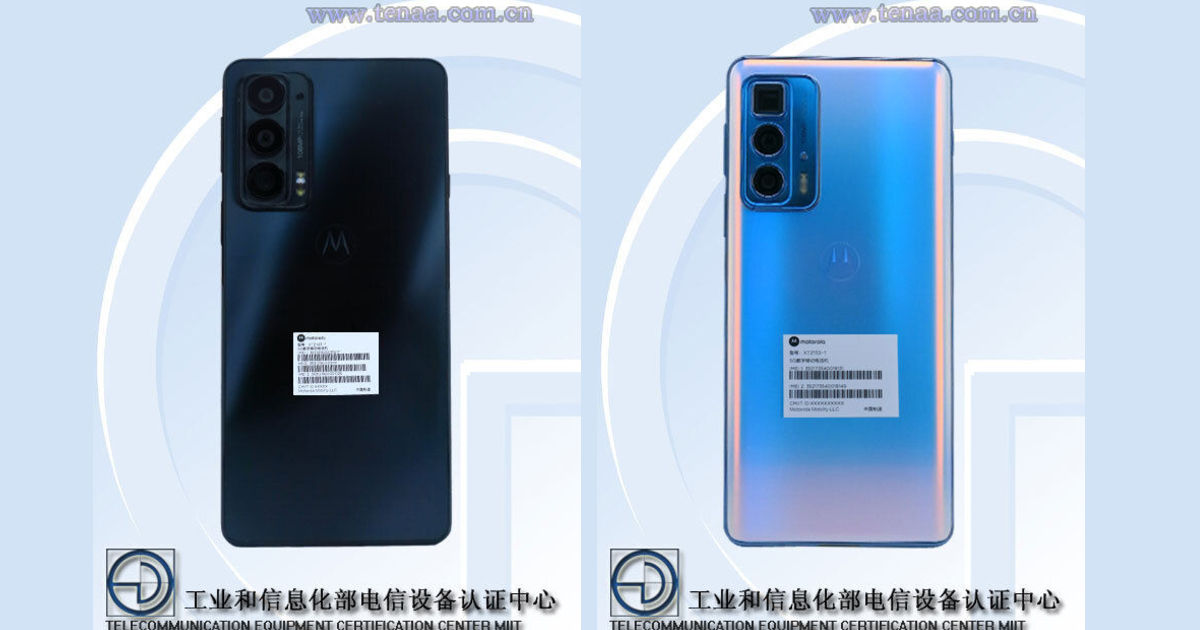 Starting with the Motorola Edge 20 ( XT2153-1), we get a 6.4-inch FHD+ OLED panel. Its refresh rate isn’t known at this point, but 120Hz (or even 90Hz) would be ideal. At the back, we can see three rear camera modules, one of which is a 108MP sensor. It will likely be coupled with an ultra-wide-angle lens and a macro/depth sensor. The listing states that the device packs four cameras; this could also include the selfie camera module. Moving on to its innards, the Motorola Edge 20 is expected to pack a Qualcomm Snapdragon 778 SoC with 6GB, 8GB, and 12GB of RAM and 128GB, 256GB, and 512GB of storage, respectively, depending on the variant.  Unfortunately, this otherwise promising smartphone will pack a measly 3,750mAh battery.

Moving on to the better-specced Motorola Edge 20 Pro, we get a remarkably better Qualcomm Snapdragon 870 chipset. Its memory/storage variants are identical to that of the regular Motorola Edge 20. There is no word about its camera layout yet, but we can expect it to reuse, if not improve upon, the Edge 20’s setup. Thankfully, it comes with a  remarkably better, but still underwhelming, 4,250mAh battery that supports 33W fast charging.