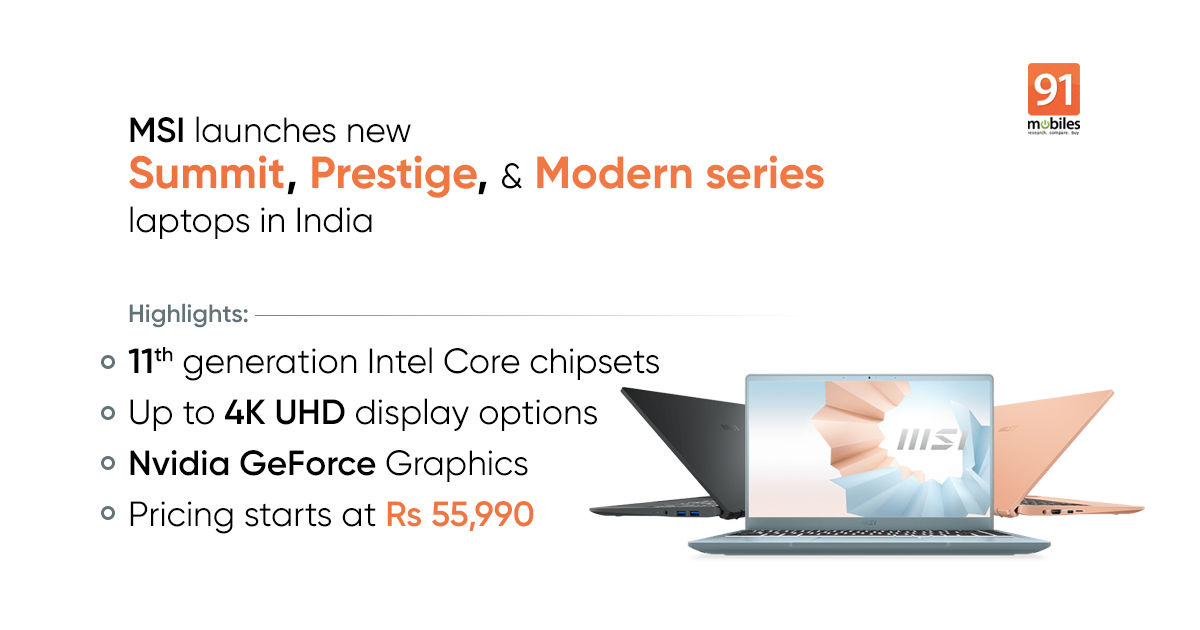 MSI has announced new laptops in India that are part of its Business and Productivity line-up, which comprise the Summit, Prestige, and the Modern series. These laptops are equipped with the latest 11th generation Intel Core processors, Nvidia GeForce graphics, Thunderbolt 4, and other high-end hardware. The Summit series is the most expensive of the lot and is mainly designed for creative users, whereas the Prestige and Modern laptops are aimed at a wider user-base. All of the laptops in the new line-up are well equipped to perform all kinds of business and productivity tasks. Let’s check out the pricing and features of the laptops. 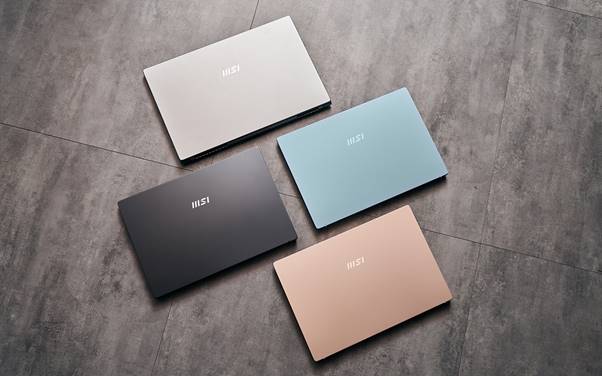 Coming to the Modern series, these laptops will also be available with up to 11th gen Intel Core i7 chipsets, Nvidia GeForce MX450 or Intel Iris X graphics, and a 15.6-inch or a 14-inch FHD IPS-level display. All laptops across the Summit, Prestige, and Modern series will have a single backlit keyboard, Thunderbolt 4 connectors, and a 720p HD IR web camera. The Summit and Prestige laptops will also come with a fingerprint scanner, and support up to 64GB DDR4 memory. The Prestige series includes the first MSI laptops to support the Intel EVO platform and offer better efficiency.