HMD Global has completed a little over a year in the mobile phone industry. However, within such a short span of time, it has managed to establish itself as a player to reckon with. Not only has it exploited the nostalgia associated with the Nokia brand name, but also brought back features like durability and simplicity that made the Finnish giant’s offerings impressive. Interestingly, as things currently stand, Nokia is among the very few phonemakers in the market to offer a complete range of handsets, from feature phones to fully-loaded flagships. The Android One-powered Nokia 7 Plus (first impressions) falls smack dab in the middle of its new lineup – first unveiled at MWC in February this year – and launched recently in the country. 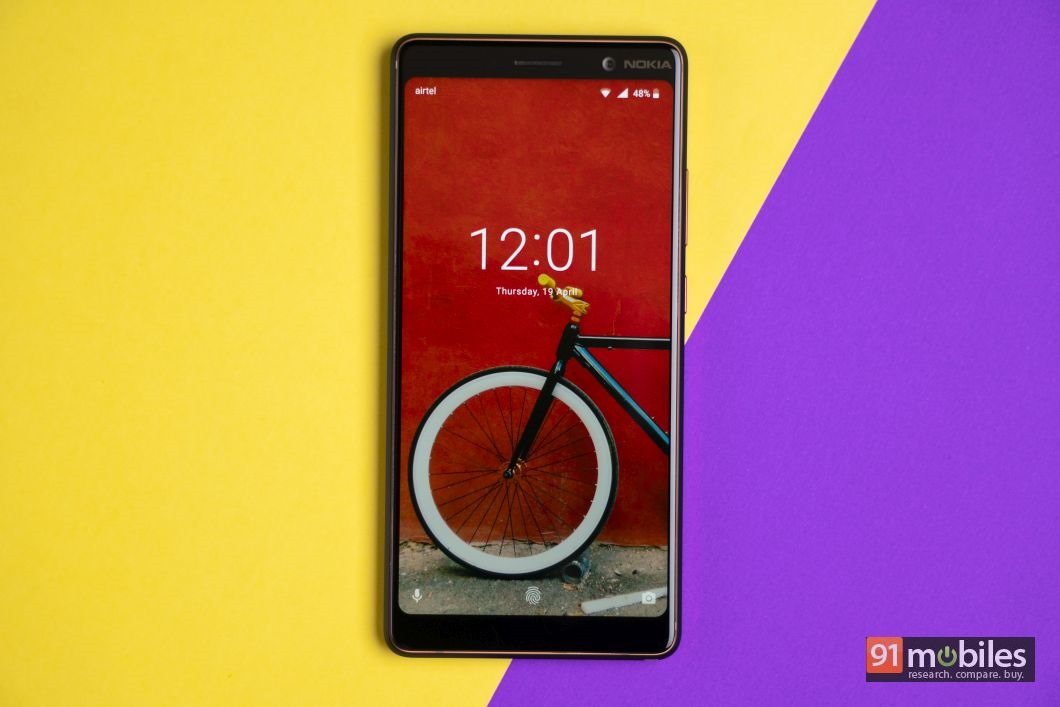 Priced at Rs 25,900, the device not only competes with powerful phones that are priced lower, but also with slightly old flagships which have received price cuts recently, such as the Nokia 8 (review) and the Honor 8 Pro (review). So does the 7 Plus pack in enough to stand out from the competition? Stay with me to find out.

Design and display: solid build with a unique character

If you’re a fan of solid, boxy smartphone designs, then you’ll fall instantly in love with the Nokia 7 Plus. The device has been fashioned out of series 6000 Aluminium, ensuring a robust build, and also manages to catch attention. 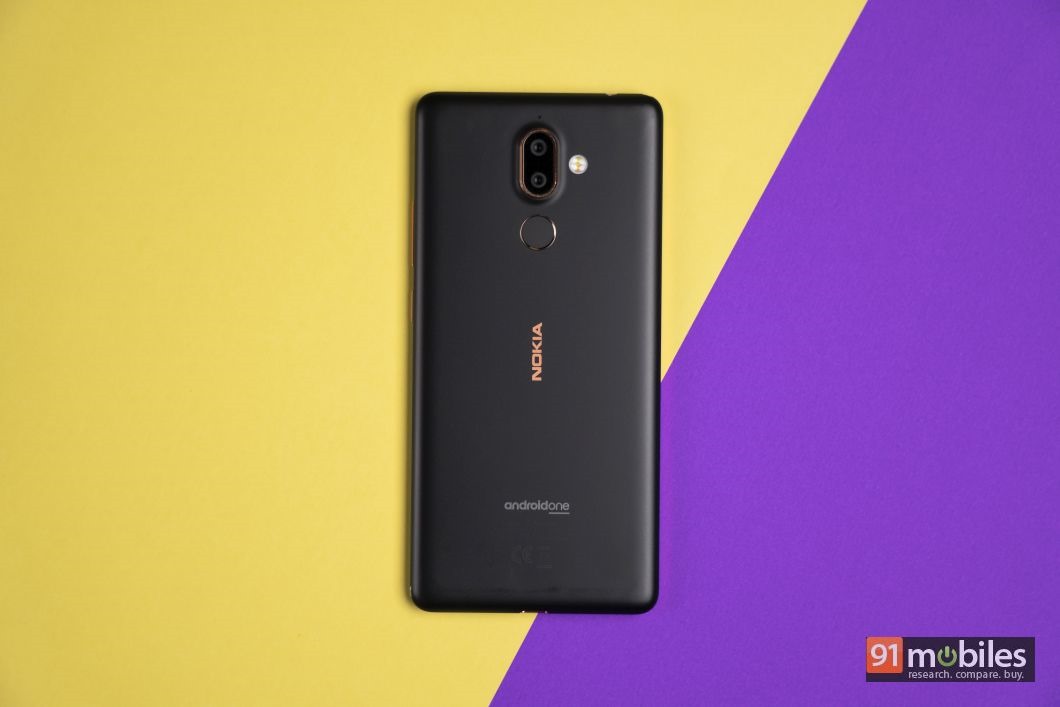 HMD Global has opted for a clever two-tone finish on the Nokia 7 Plus. The phone comes in black or white hues (though I prefer the former) with copper accents, running along the edges of the frame. At the rear, these accents surround the camera module and the fingerprint sensor, and have been used on the Nokia branding. The construction is solid too, and the phone can withstand a drop or two quite easily, unlike glass-sandwich designs employed by many smartphones these days. The ceramic finish on top of the metallic body also offers superb grip. While the phone isn’t necessarily thin or lightweight at 9.55mm and 183g respectively, it does offer a good in-hand feel. In fact, thanks to the solid ergonomics, you might not even feel the need to use the bundled protective cover.

The Nokia 7 Plus is the first smartphone from the brand to join the trend of bezel-less designs by offering a tall 18:9 display. However, the phone doesn’t have extremely slim bezels on the top and bottom, which is odd considering that there aren’t any dedicated hardware navigation buttons below. I’d have also liked to see a Google Pixel 2 XL-like design in this case with stereo speakers, considering that the Nokia 6 (review) offered dual speakers. That said, the 2.5D curved glass does add to the looks of the smartphone.

In terms of the display, the device sports a 6-inch IPS panel with a resolution of 1,080 x 2,240 pixels, delivering crisp visuals. The brightness levels might not be the best, but you can still make out the display under harsh sunlight. The handset also comes with features like always-on display. The screen is protected against scratches and accidental drops with a layer of Corning Gorilla Glass 3. The device also comes with Ambient Display, which is quite useful for checking the time and notifications, without switching on the screen. The feature also comes in handy when you want to check missed notifications, considering the fact that the 7 Plus doesn’t have a notification LED. 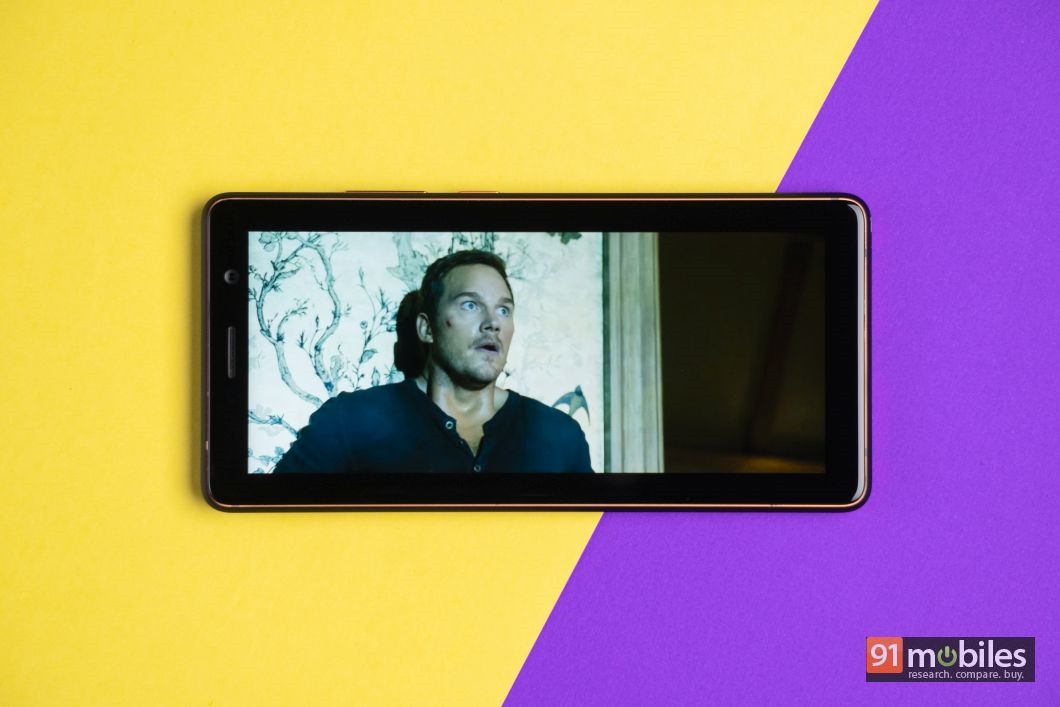 In terms of controls, the 7 Plus follows the norms, with both the volume rocker and power toggle present on the right spine. At the rear, the smartphone features vertically-stacked dual cameras in the middle, with the module jutting out slightly from the body. Despite that, the phone doesn’t wobble when kept on a flat surface. Below the camera module, you’ll find the fingerprint sensor – which is quite fast and accurate – followed by Nokia’s insignia, and Android One branding further below.

Imaging: a tale of two cameras

The Nokia 7 Plus brings ZEISS optics to the upper mid-tier segment. The smartphone flaunts a pair of shooters at the back, comprising a 12-megapixel f/1.75 wide-angle camera coupled with a 13MP f/2.6 telephoto sensor. The combination offers a portrait mode and up to 2x optical zoom. The primary snapper also boasts fast autofocusing abilities thanks to 2PD (dual photodiode) tech. The ZEISS expertise continues on to the front as well, with the 16MP selfie shooter. 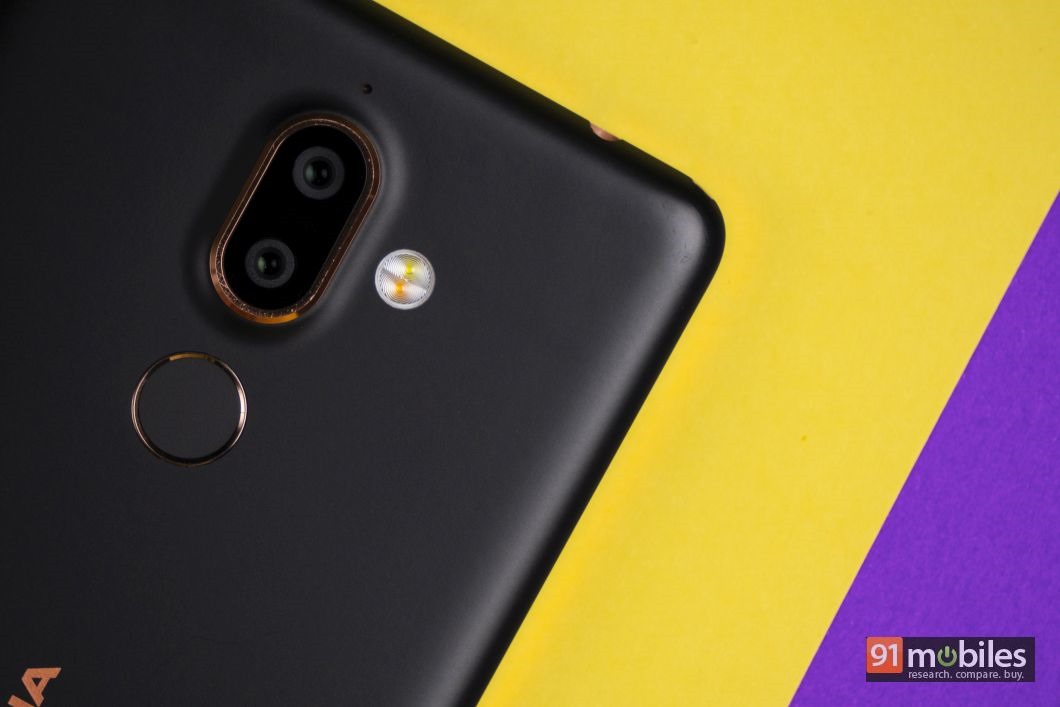 The camera app looks quite cluttered with quite a few options up top. When held in the portrait orientation, the pane at the top provides the toggle to switch to the front camera, and access to the flash and the HDR mode, along with the ability to enable the self-timer, clicking bothies by using front and rear cameras at the same time and turning on the beautify mode. You can also access other modes such as Panorama, Pro, Live Bokeh as well as Settings. At the bottom, you’ll find the usual option of the shutter button, video mode, the ability to preview shots, with the 2x optical zoom button placed above. 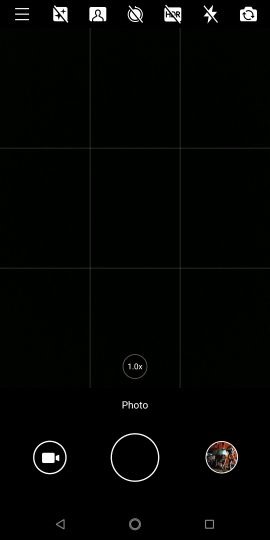 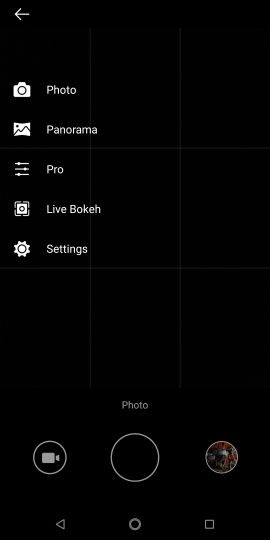 Coming to the image quality, the 7 Plus is perhaps the best foot forward from the brand in this department. While the Nokia 8 also featured Zeiss optics, its cameras weren’t consistent. The Nokia 7 Plus on the other hand, offers sharp images and vibrant colours in most situations. Landscapes and close-ups are full of details, and the HDR mode works well too. The smartphone also focuses quickly on the subject along with offering fast shutter speed. The 2x optical zoom is handy too, as it lets you get an up close view, and thanks to the 13-meg secondary sensor, the quality doesn’t deteriorate much either. The portrait mode is pretty good with the subject being separated from the background well, and the handset even lets you choose the blur effect. The images captured at night aren’t the best considering they turn out slightly grainy, but still manage to do justice to the scene by reproducing accurate colours.

Take a dekko at the camera samples of the Nokia 7 Plus to judge for yourself.

Click here to view images clicked by the Nokia 7 Plus in full resolution.

The selfies are also quite impressive, thanks to the16MP front camera with an aperture of f/2.0. The front shooter also comes with a software-based bokeh mode, which isn’t perfect by any means, but is able to do the job in some cases. Sadly however, while the smartphone can shoot in 4K, the videos aren’t very smooth, as the Nokia 7 Plus lacks optical image stabilisation. The phone does boast OZO Audio with three microphones, letting the smartphone capture spatial sound, which is handy for shooting things like a concert.

Powering the show on the Nokia 7 Plus is Qualcomm’s most powerful chipset in the SD6xx series – the Snapdragon 660. The octa-core SoC offers four cores clocked at 2.2GHz, while the remaining power-efficient cores run at 1.8GHz. Paired with 4-gigs of RAM, the handset is able to handle anything thrown at it quite proficiently. There was a nary an instance when the phone showed any trace of lag during the review period. The Adreno 512 graphics ensure a smooth gaming performance while playing titles like Marvel Contest of Champions. While the thermals are usually kept in check, there are a few times when the smartphone feels slightly warm when used continuously for gaming or shooting videos. 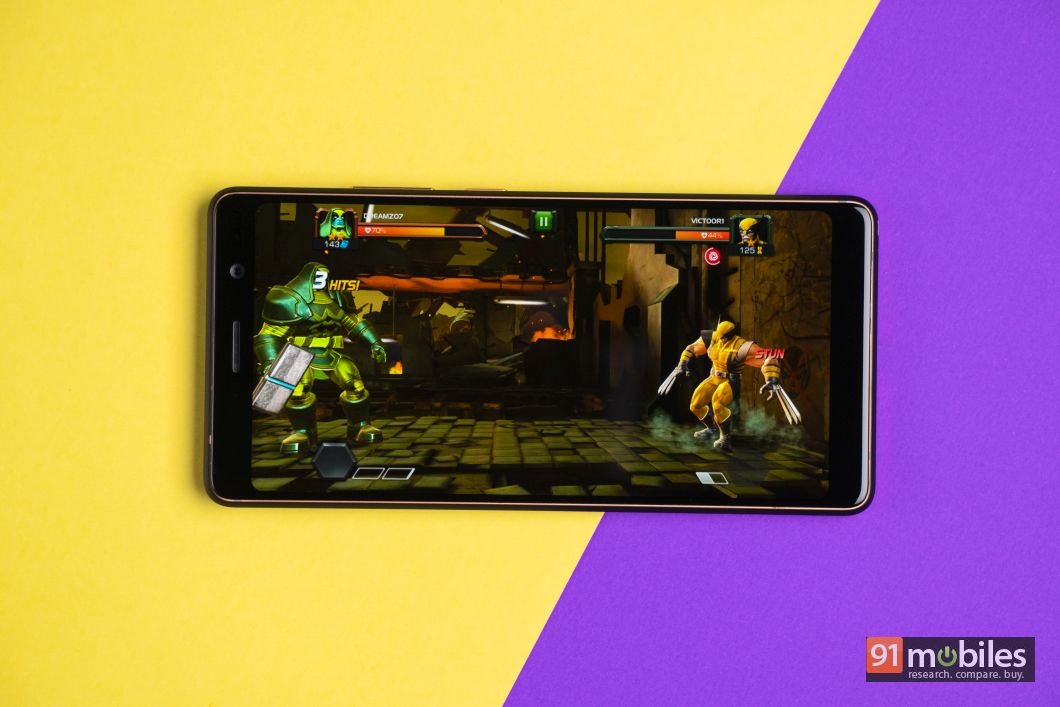 Helping with the performance is the Google’s OS in its purest form, thanks to the Android One platform. The 7 Plus ships with Android 8.1 Oreo without any bloatware. Nokia is also offering support for Android gestures like clicking the power button twice to open the camera app, swiping on the fingerprint sensor to access notifications, etc. Sadly, the software isn’t completely refined, as we ran into a few app crashes and system freezes. That said, during the course of the review period, I received the Android 8.1 update on the device, which goes on to show that the brand aims to live up to its promise of bringing latest iterations of the OS as soon as they’re out. Nokia has already promised the upcoming Android P update as well as the next one after that. 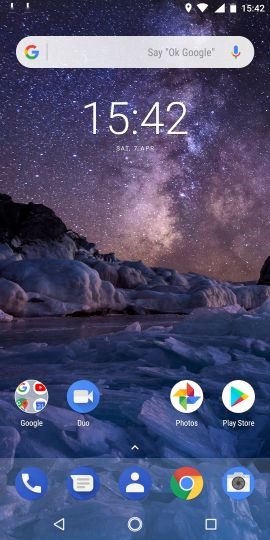 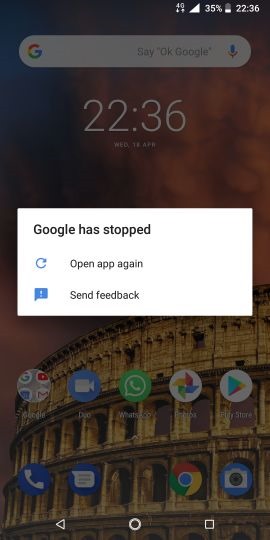 For storage, the smartphone offers 64GB memory on board, which can be further increased up to 128GB by adding a microSD card. However, that means that you’ll need to give up on the dual-SIM card support as the 7 Plus features a hybrid slot. Other connectivity options include 4G VoLTE, Wi-Fi, Bluetooth, and GPS. 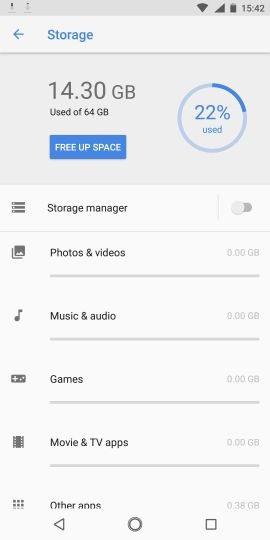 One of the biggest strengths of the Nokia 7 Plus is its battery capacity, which is rated at 3,800mAh. It ensures that the smartphone can easily last more than a working day and then some more. Even with heavy usage, the smartphone usually had around 30 percent juice left at the end of the day. I usually got a screen-on time of around four hours and 30 minutes. The 91mobiles battery test concurs with this result as the handset was able to play an HD video on loop with only cellular connectivity turned on, and both brightness and volume levels at 50 percent for 15 hours. Thanks to the support for fast charging, the phone can charge fully within an hour and a half with the bundled adapter. 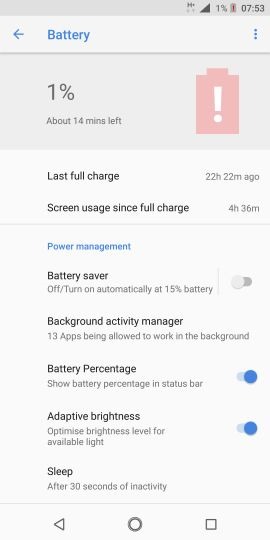 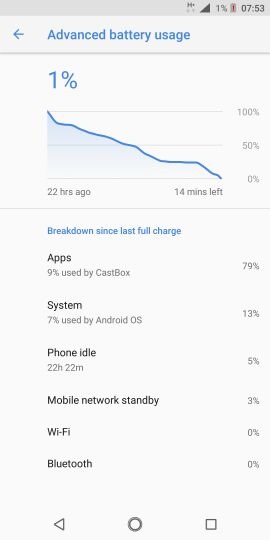 Unsurprisingly, the Nokia’s 8110 (first impressions) garnered the most gasps, while the 8 Sirocco (first impressions) turned most heads with its sexy design when they were launched at the pre-MWC event. But personally speaking, the 7 Plus is easily the best smartphone from the brand’s new lineup. It’s a well-rounded package that doesn’t try to cut any corners, unless you’re nit-picking or looking for flagship-grade cameras. 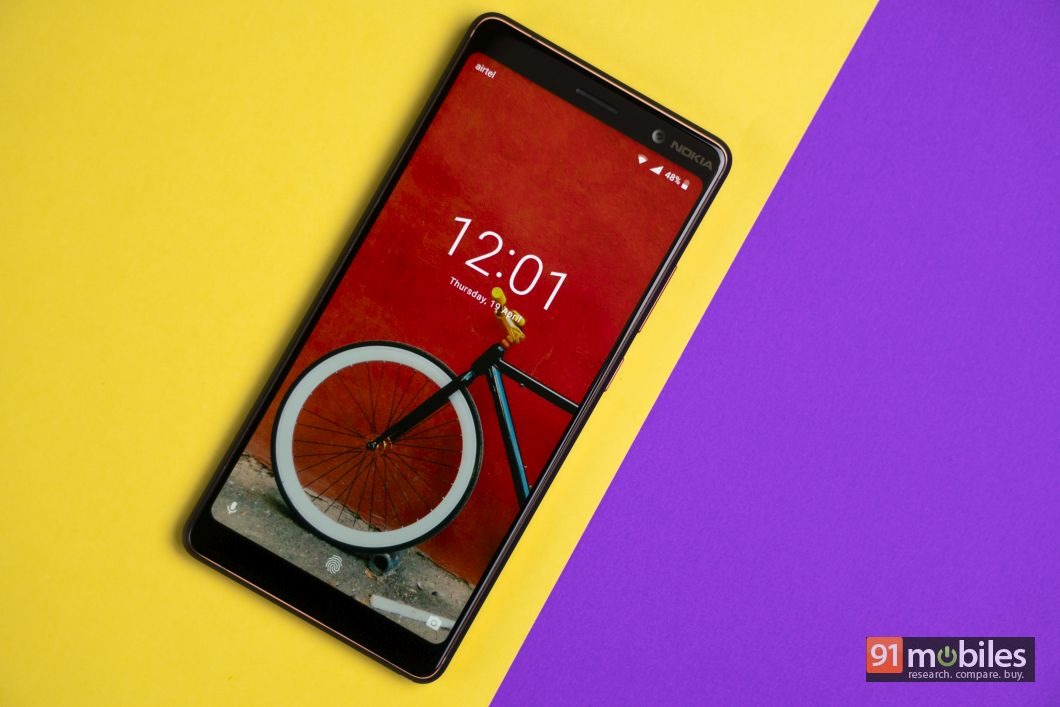 With the price tag of Rs 25,990, the Nokia 7 Plus also manages to be in a league of its own considering that the fact that the Rs 25,000 to 30,000 segment usually doesn’t see much action. Its main contenders include the notch-bearing selfie-centric OPPO F7 (review) and Vivo V9 (review), both of which are priced at the Rs 22k mark. If you’re looking for a stock Android experience, then the Moto X4 (review) is also a capable option with 6GB RAM and dual rear cameras packed in a glass-sandwich design. The 7 Plus also competes with last year’s flagships, including the Nokia 8 and Honor 8 Pro, which offer some impressive features like powerful processors and 2K displays, although they miss out on offering a bezel-less design.

To sum up, if the Nokia 7 Plus had been priced a little lower, I would have recommended it wholeheartedly. As of now though, it might not be the only option to buy in this price bracket, so you need to weigh your options before swiping the plastic.