When I reviewed the Nokia 7 Plus earlier this year, I proclaimed it one of the most reliable smartphones in the mid-budget segment you could buy. However, since then the category has attracted a lot of attention with players like ASUS and POCO offering flagship-grade specs in the same league. So it was but natural for the Finnish company to launch a successor to the 7 Plus. While I’ll leave it up to the company to explain its confusing nomenclature… since the Nokia 8.1 actually succeeds the 7 Plus, yet seems to be an upgrade the Nokia 8 flagship, there’s no denying that the smartphone is a loaded handset. So can it help the phonemaker to reclaim its share in the ~Rs 30k segment? Let’s find that out together in this review. 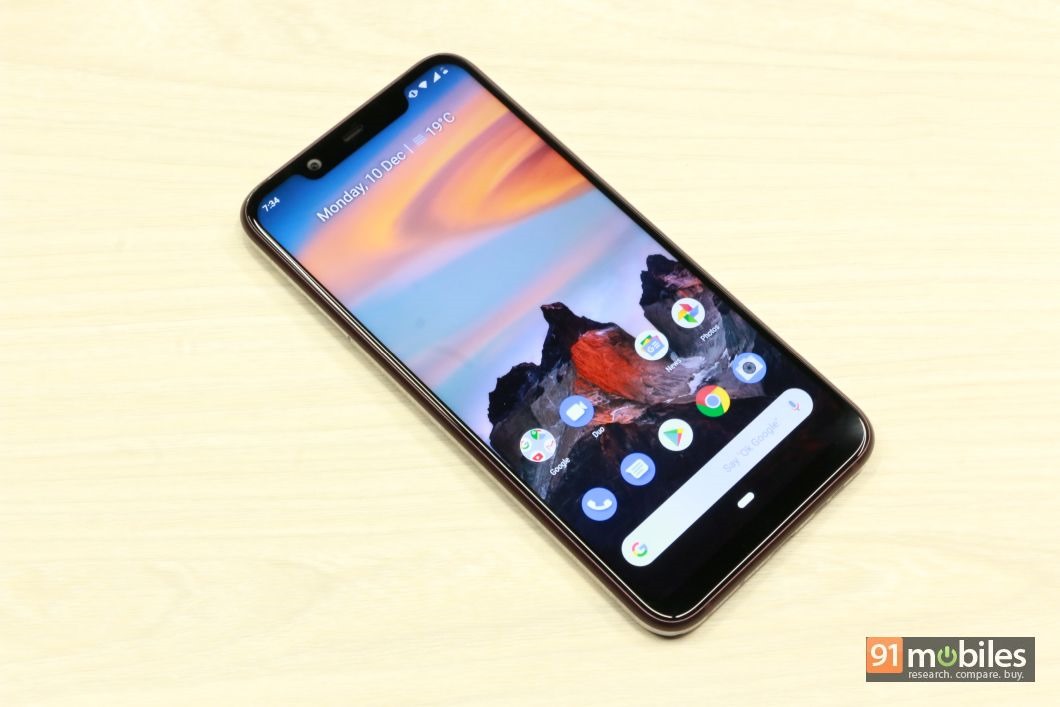 Design and display: don’t fix it if ain’t broke…

Just like the Nokia 5.1 Plus (review) and 6.1 Plus (review), which are rebranded iterations of the Nokia X5 and X6 respectively, the 8.1 was launched in China as the X7. Like all the smartphones in this series, the Nokia 8.1 sports a glass-sandwich design with an aluminium frame and a display notch. As you can guess, the build quality of Nokia’s 8.1 is top-notch (pun intended). Not only does the device look classy, but it also feels solid when held in the hand. The phone utilises Series 6000 aluminium that makes it seem very robust. While the phone tips the scales at 180g, the weight has been distributed really well. The smartphone is also quite sleek, thanks to a 7.97mm waist. 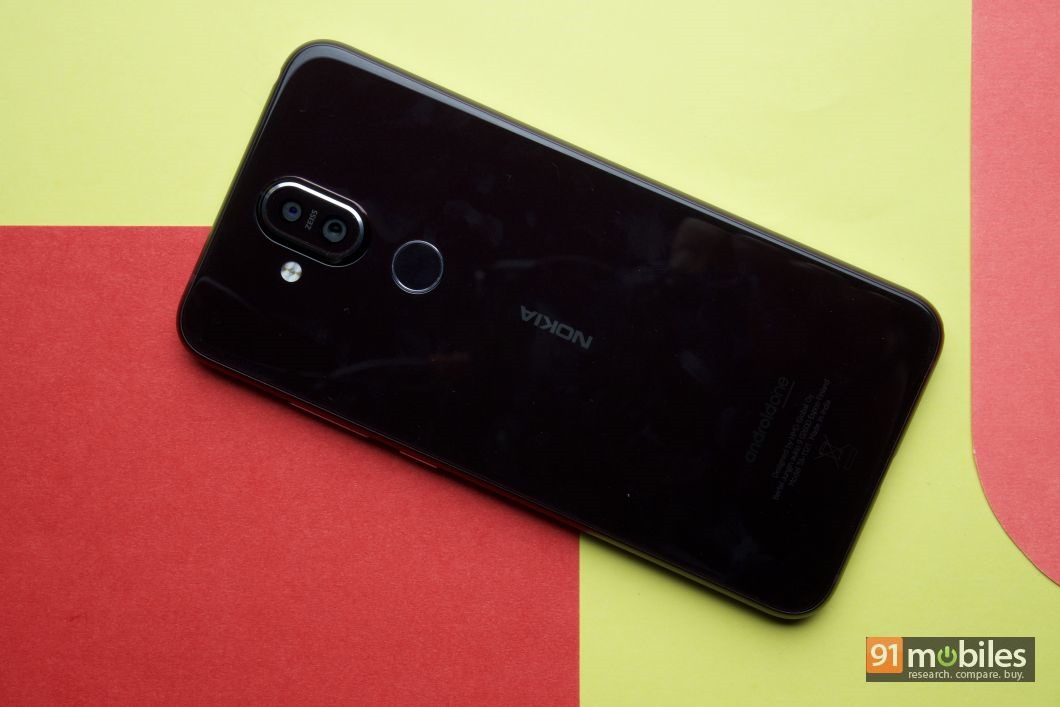 Up front, you’ll get a bezel-less screen with a notch up top. Notice that I didn’t refer to it as an edge-to-edge display? Well, that’s because the 8.1 does have bezels on the left and right sides, and while there’s a notch up top (which is considerably large anyway), there’s a chin at the bottom which seem to be serving no practical purpose apart from bearing the Nokia branding. 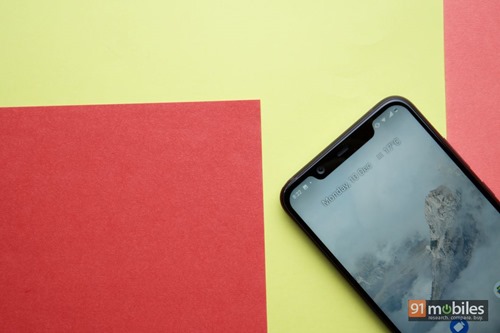 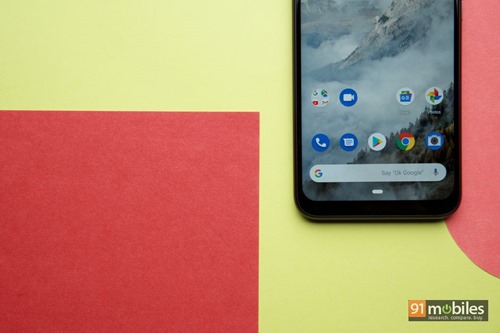 Flip to the back, and the familiarity continues… a dual-camera module in the middle accompanied by a dual-tone LED flash with a fingerprint reader below. Sadly, the camera module juts out from the body significantly making the phone wobble on a flat surface if you press on its either side. Of course, the glass-back design also means that the Nokia 8.1 attracts fingerprints and smudges like there’s no tomorrow. That also makes the phone quite slippery, especially if your hands are sweaty. Despite its attractive design, I’d recommend you use a case with it (sadly, the device doesn’t come bundled with one). 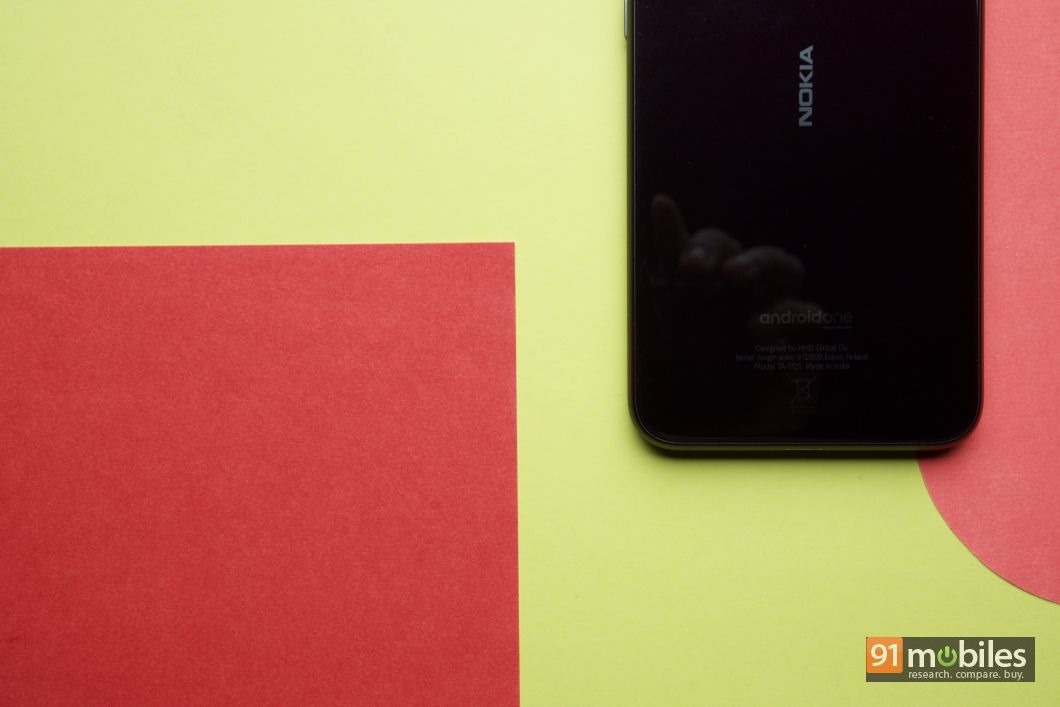 As far as the fingerprint sensor’s unlocking speed is concerned, it works like a charm. It’s accurate, quick and works regardless of the direction you place your finger in. Of course, you might not need to use it often as the Nokia 8.1 comes with face unlock functionality (available as the Trusted Face in Security & location settings). Even though the face unlock isn’t the fastest I’ve come across, it works quite reliably in most scenarios (except in poorly-lit conditions).

Coming to the other design elements, the Nokia 8.1 follows the norm. Though it’s good to see that the phone hasn’t skimped upon the 3.5mm audio interface.

Coming to the display, the 8.1 features a 6.18-inch IPS panel with a resolution of 1,080 x 2,220 pixels and an aspect ratio of 18.7:9. The screen gets plenty sharp and offers vibrant colours as well. It also gets sufficiently bright to be read outdoors, though the adaptive brightness somehow reduces the brightness levels drastically and you have to increase that manually. Similar to the recently-launched Nokia 7.1 (first impressions), the brand’s latest also comes with PureDisplay supporting HDR10, allowing you to enjoy compatible videos with better contrast and saturation. There’s also support for Always-on display, letting you see notifications along with date and time without waking up the screen. 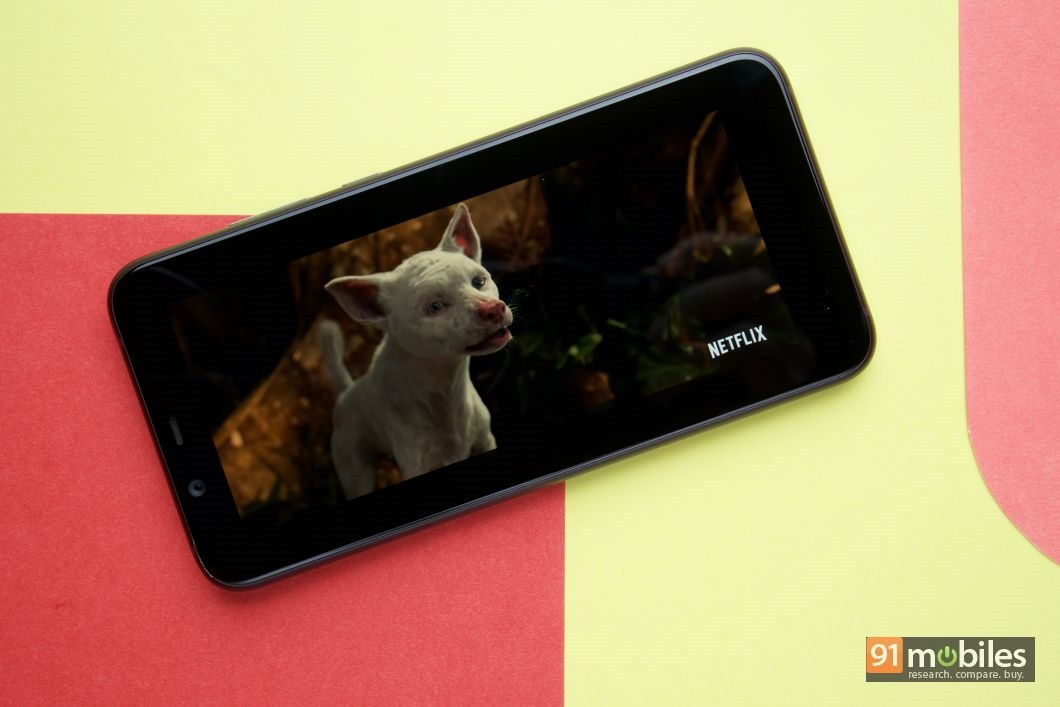 Cameras: raising the bar in the mid-range

Ever since its comeback, we’ve had high hopes from Nokia in the camera department. That’s because even before the current crop of camera-centric smartphones, Nokia has been there and done that. Crazy megapixels? Check. Ability to click RAW photos? Check. High-quality optics? Check (thanks to its partnership with ZEISS). Sadly however, we’ve seen mixed results from the brand with regards to the imaging capabilities. But if my experience with the Nokia 8.1 is anything to go by, the brand has a winner on its hands. In terms of specs, you get a 12MP optically-stabilised shooter with a 1.4um sensor size, which is paired with a 13MP depth sensor. The lenses are ZEISS-certified, while the camera offers live bokeh mode, and can record 4K videos along with slow-mo and timelapse clips. For selfies, the handset flaunts a high-res 20-megapixel snapper, though it’s a fixed-focus unit. 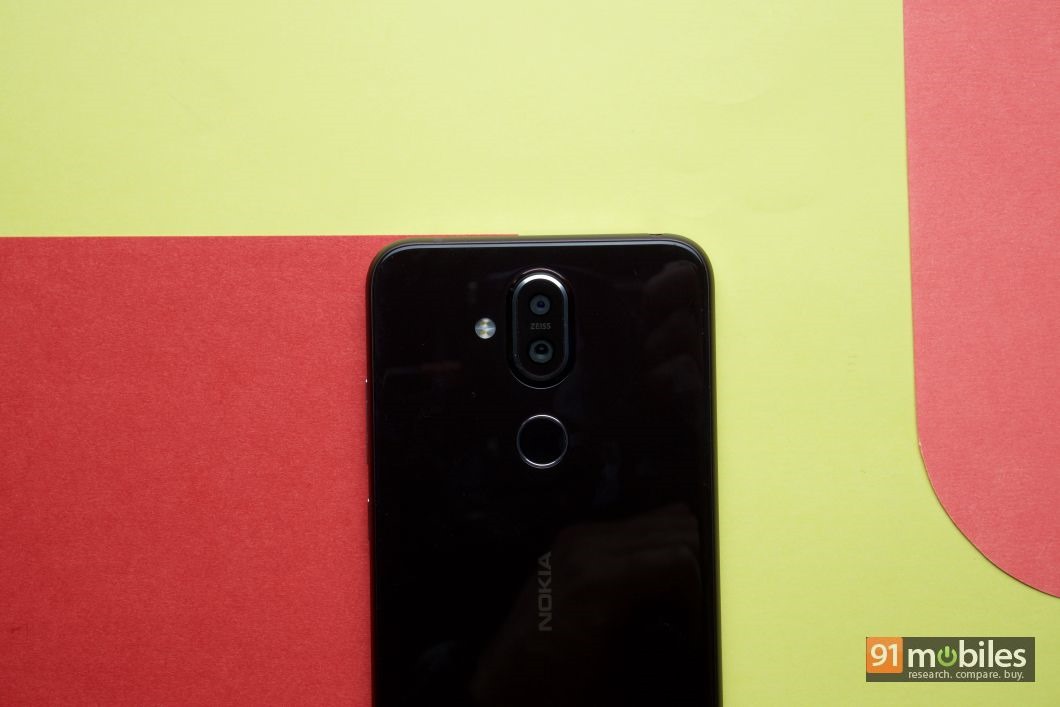 While Nokia has always focused on simplicity, the custom camera app on the 8.1 is packed with a number of options. It’s not user-friendly either, though once you get the hang of it, you’d appreciate the availability of so many modes. In the portrait mode, you get the shutter button, the preview gallery, toggle for the selfie camera at the bottom. Above it, you’ll find various shooting modes like Pro, Live Bokeh, Panorama, Video, and Slow-mo, among others. Up top, you can access the settings menu, activate Google Lens to identify objects or monuments, enable or disable motion, beauty mode, self-timer, toggling flash.

However, I’m sure you are interested in how and why the Nokia 8.1 brings back the good ol’ memories of Nokia’s imaging prowess. Well, that’s because the brand’s latest is quick to focus (thanks to PDAF) and shoot, and works well in all conditions. In daylight, the pictures show a great level of detail, along with reproducing natural colours. I kept the smartphone on Auto HDR, and that turned out to be a good decision as there’s a noticeable difference between normal shots and those with High Dynamic Range. Close-ups also continue to impress. I also liked the low-light capabilities as the smartphone does a great job in keeping the noise to minimum and colours are also vibrant. Videos also turn out to be smooth, all thanks to OIS and EIS support. Here’s a gallery of camera samples taken from the Nokia 8.1 for your viewing pleasure.

Talking about selfies, the 20MP shooter does offer well-detailed pictures. Sadly however, the snapper is unable to control exposure. Combine that with not-so-natural looking selfies, and the results might look quite artificial. That said, for all intents and purposes, the 8.1 will meet your needs to impress your followers on Instagram and Snapchat.

Of course, the 8.1 isn’t the only option in its segment. It’ll be going up against the POCO F1, and from my experience, the debut offering from Xiaomi’s sub-brand comes out ahead. The images are crisper in comparison, even in dim environments. The portrait mode also works better in the case of the POCO phone. However, in the case of selfies, the Nokia handset gets an edge as the images capture more details. 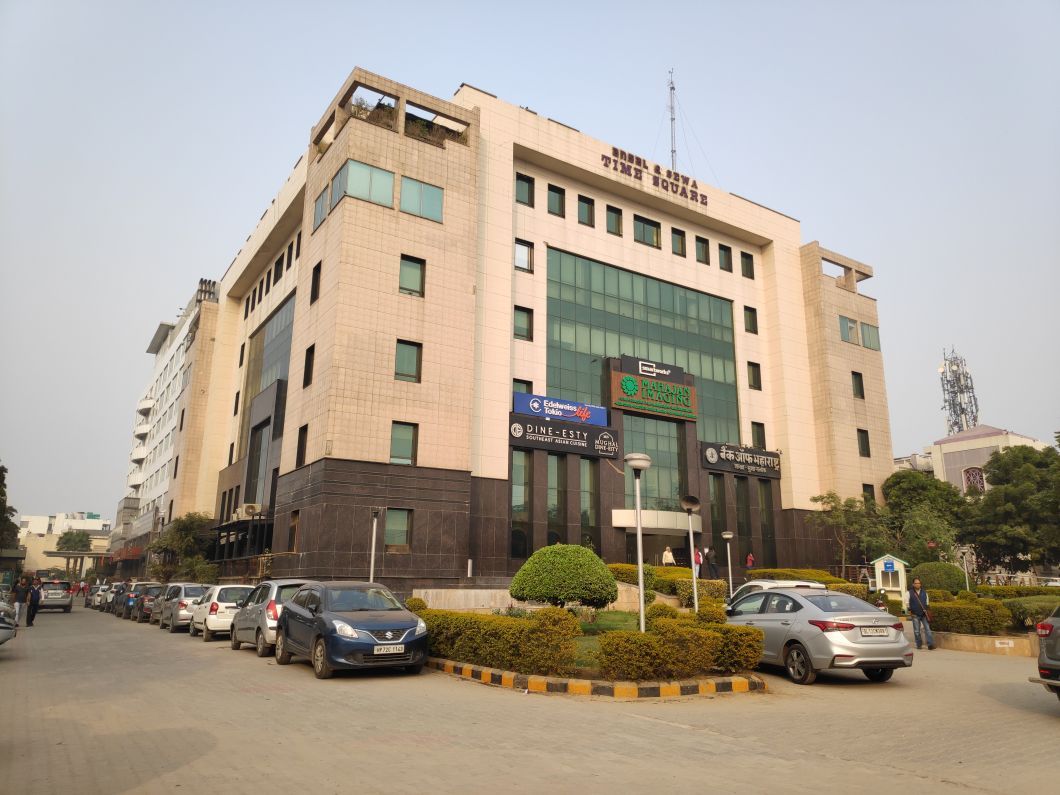 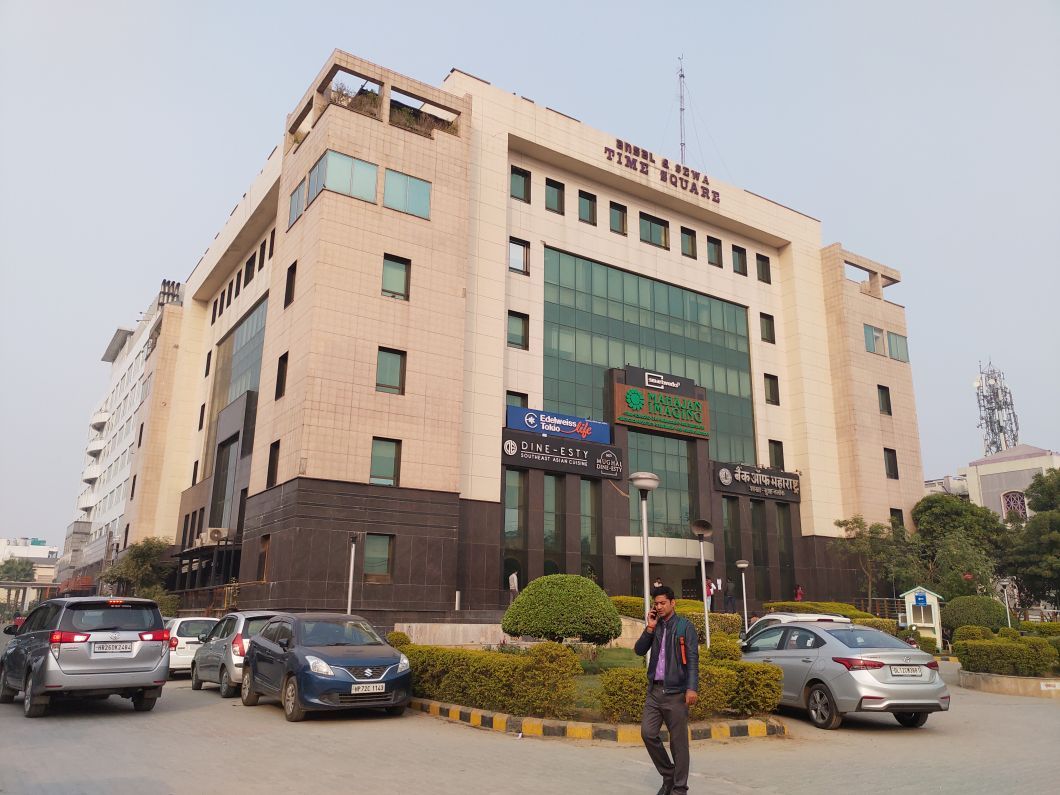 Performance and software: raring to go

The Nokia 7 Plus was the first smartphone in India to draw power from Qualcomm’s Snapdragon 660 chipset. Carrying that legacy forward, the 8.1 is the second device in the subcontinent to come equipped with the Snapdragon 710 SoC. The chip brings several flagship features from the SD8xx series, including the power-efficient 10nm fabrication process. The octa-core silicon features custom-built Kryo 360 architecture which has two quad-core clusters running at 2.2GHz and 1.7GHz, respectively. For graphics, Snapdragon 710 comes integrated with Adreno 616 GPU. The hardware ensures incredibly smooth performance, which is also likely due to the fact that the smartphone is part of Android One and runs the latest iteration of Google’s mobile OS, i.e. 9.0 Pie. There’s zero bloatware in the OS, and apart from the custom camera app (described above), all the apps in the device are stock. The Nokia 8.1 also offers swift multitasking, thanks to 4GB of RAM. 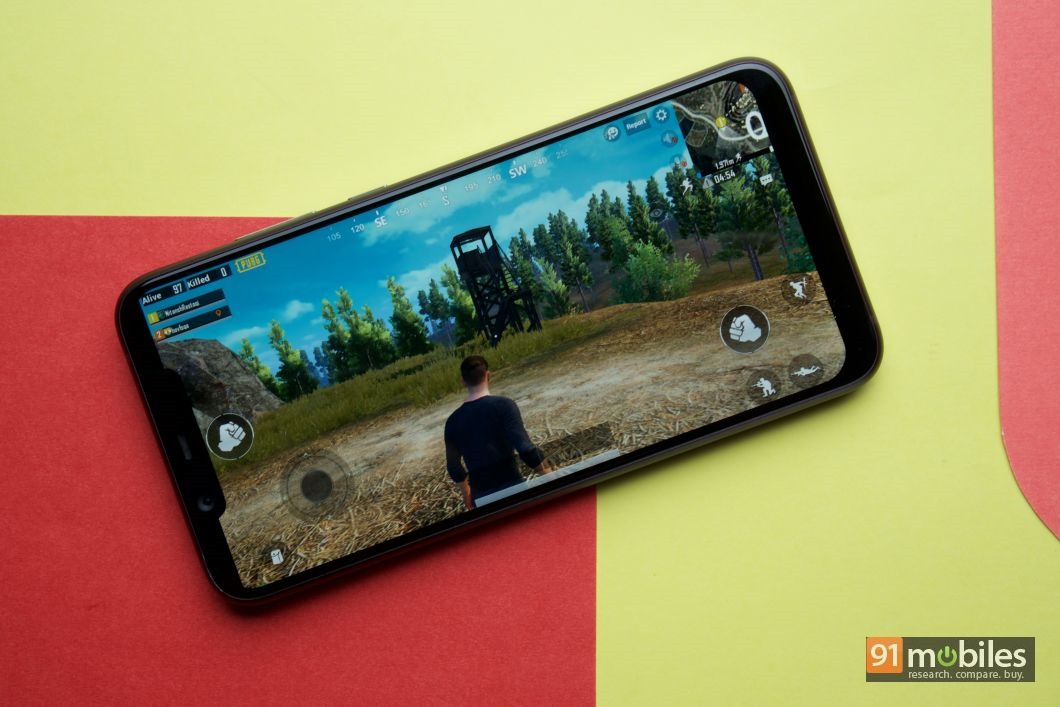 But all the aforesaid stuff probably won’t make any difference to you if the phone can’t let you scream ‘winner winner, chicken dinner’, right? I’m happy to report that you’d be doing that often (if you’re proficient in PUBG, unlike me) as the phone plays the title in high settings and runs it without issues. Sadly however, the device is unable to keep thermals under control. It gets noticeably hot while playing a game for more than 15 minutes. And while that can probably be given a pass, the handset even got warm with normal usage like streaming a video on 4G with GPS being enabled for navigation purposes.

On the storage side of things, the Nokia 8.1 ships with 64GB memory onboard. And if that’s not enough, then you can top it up by another 400GB with the use of a microSD card, but you’ll need to sacrifice on the dual-SIM functionality to do that.

While Nokia prides itself on the stereo speakers on some of its smartphones, it’s strange to see a single, teeny speaker at the base of the 8.1 Not only is the sound output nothing to write home about, the speaker also gets covered while playing games or watching videos in the landscape orientation.

Battery: lasts a day and then some more

One of the biggest hallmarks of the Nokia 7 Plus was its battery life as it shipped with a 3,800mAh cell. The Nokia 8.1 also aims to continue in the same vein, although it comes with a slightly smaller 3,500mAh battery. However, when combined with the power-efficient processor, you get similar battery life, if not better. Strangely however, in our battery test wherein we play an HD video on loop with both the brightness and volume set at 50 percent levels, the phone was only able to run 11 hours, which is just about average. In real-life however, the smartphone usually had about 20 to 25 percent by the end of the day. The screen-on time is also quite impressive as I got around more than four and a half hours on more than one occasion.

The Nokia 8.1 also supports 18W fast charging, allowing you to juice it up quickly. With the bundled adapter, the smartphone was able to go from 0 to 100 in about two hours and 30 minutes, which isn’t the best in terms of charging time, but isn’t the worst either.

In China, the Nokia X7 has been priced aggressively at RMB 1,699 (~Rs 17,500) for its base model. Sadly, the brand hasn’t kept the pricing at similar levels In India, since the phone will set you back by Rs 26,999. For the price, you get a gorgeous design, impressive display, powerful cameras, smooth performance and day-long battery life – all with the goodness of Android One making it future-proof. I’m saying that because you get assured updates for the next two years.

So is this the best smartphone you could buy under Rs 30,000? Well, that’s where things get muddy. As I mentioned in the introduction, unlike earlier, the Rs 20k-30k price bracket has caught the attention of quite a few companies which are offering loaded smartphones. Of course, the most notable of these is the POCO F1 (review), which is the most affordable smartphone with the top-of-the-line Snapdragon 845 SoC and has also received a price cut recently, making it an even more enticing proposition. ASUS also has the ZenFone 5Z (review) on offer that’s priced slightly higher, and comes powered by the SD845 chip. 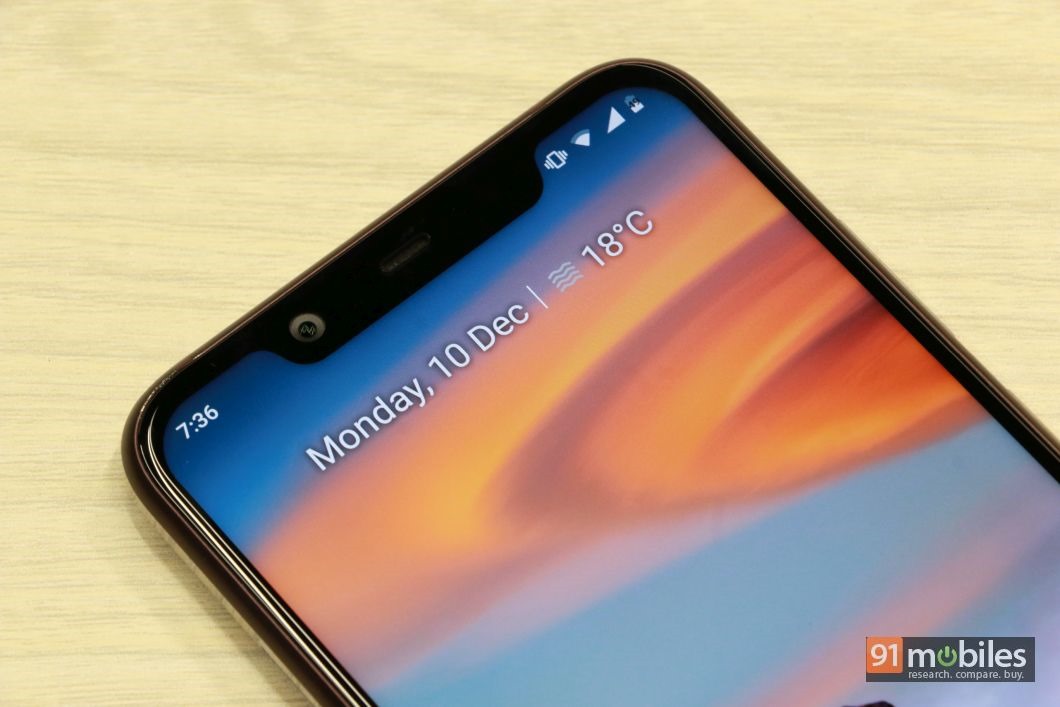 Choosing between the 8.1 and the aforesaid options completely depends upon whether you’re looking for hard-core performance or reliability. And therein lies the charm for Nokia’s offering. If you’re looking for a no-nonsense smartphone in the mid-tier that doesn’t skimp on any aspect, then the Nokia 8.1 won’t disappoint you in any regard.