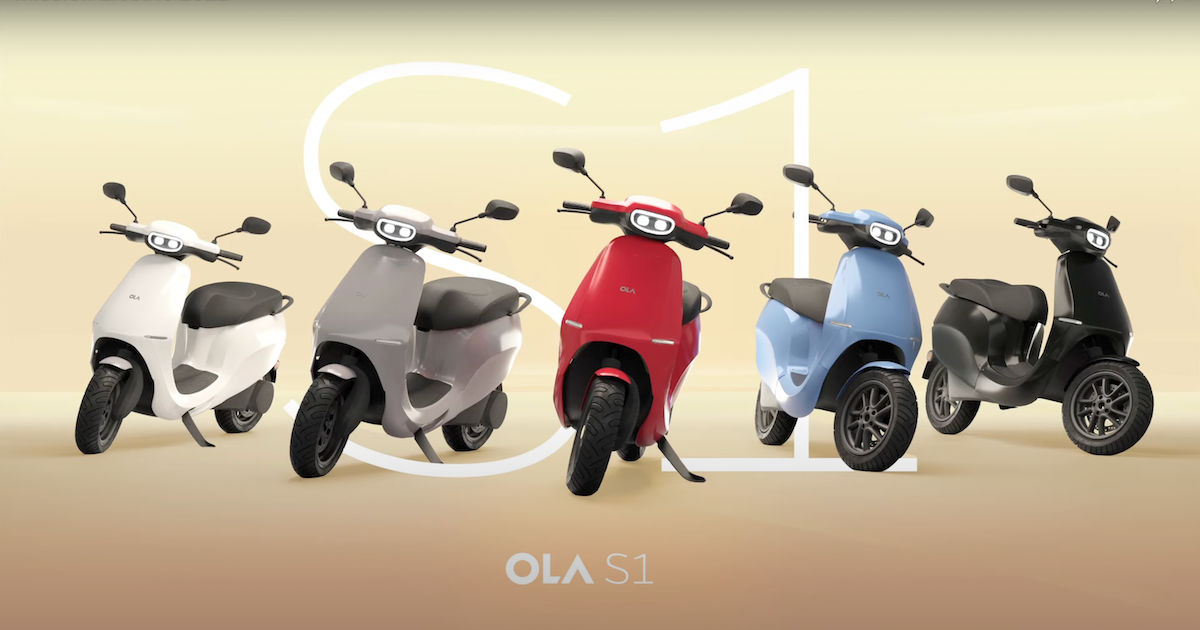 Ola Electric today launched its Ola S1 electric scooter in India at its Mission Electric 2022 event, on the occasion of India’s 76th Independence Day. Ola had earlier teased a new product launch, which was speculated to be either the Ola electric car or an affordable scooter. In addition to the Ola S1 electric scooter, Ola also teased their electric car, which is currently under development, and announced that it will launch in 2024. An additional limited edition Khaki shade of the Ola S1 Pro electric scooter was also announced, which will only have 1,947 units for sale.

The Ola S1 has been launched as a cheaper alternative to the Ola S1 Pro, and will work on the same platform and sport the exact same design as its more expensive sibling.

The Ola S1 electric scooter price in India (introductory) is Rs 99,999, compared to the Ola S1 Pro whose price starts at Rs 1.39 lakh. The Ola S1 can be reserved for Rs 499 on the Ola Electric app or the company website between August 15th to August 31st, and the early access purchase window opens on September 1st for those who reserve it. The purchase window for all others opens on September 2nd, and deliveries will start from September 7th.

Ola has financing options for those willing to buy the Ola S1 electric scooter, with EMIs starting at Rs 2,999 and loan processing fee waivers from its banking partners. Ola is also offering an extended warranty for upto five years. The warranty covers the battery, motor and all other components. Existing Ola S1 Pro users can also purchase this warranty.

The Ola S1 was initially launched on August 15th, 2021, but was discontinued in a controversial move in January this year, apparently due to the company’s focus on the more expensive Ola S1 Pro.

Ola Electric has had a 5 percent market penetration in the two-wheeler EV segment in India, and was a top-seller for a few months. However, it has been riddled with issues, with customers complaining of breaking suspension, automatic engagement of reverse mode, besides isolated fire incidents.