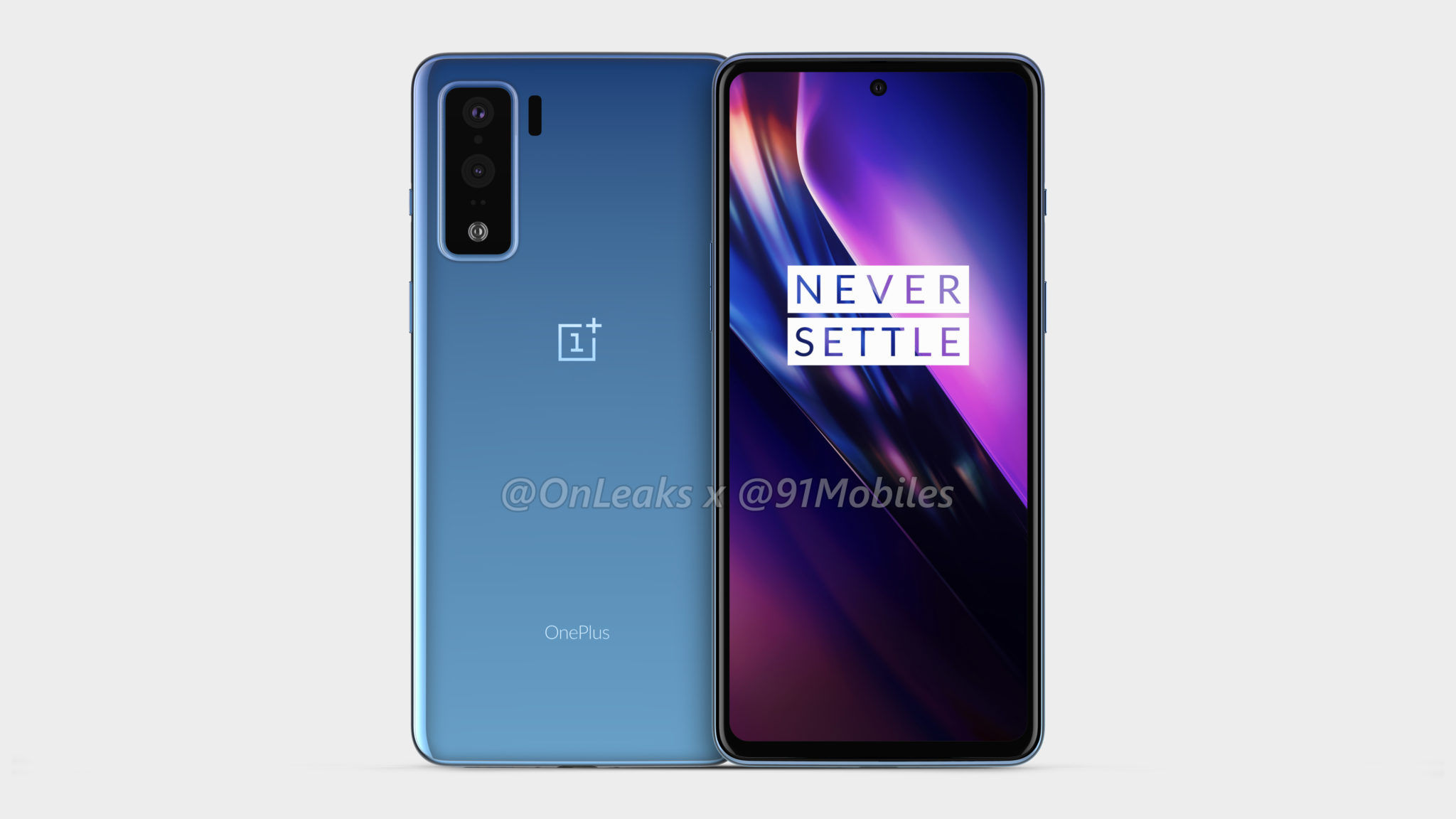 OnePlus 8 series is expected to arrive in the first half of 2020. While the lineup will include a OnePlus 8 Pro model as renders back in October suggest, OnePlus also seems to be working on a mid-range smartphone, possible called the OnePlus 8 Lite, that will be in the affordable mid-range category. 91mobiles has collaborated with @OnLeaks yet again to bring exclusive OnePlus 8 Lite renders and a 360-degree video. These CAD-based renders give us our first look at the design of the OnePlus 8 Lite, revealing a flat display with a centered punch-hole cutout and a rectangular rear camera module that will include two cameras and a few sensors.

The OnePlus 8 Lite renders show a design that is similar to Samsung’s upcoming Galaxy S11, Note 10 Lite and the Galaxy A91. We see a flat display, possibly between 6.4-inch or 6.5-inch tall according to @OnLeaks and a center-aligned punch-hole cutout for a single selfie camera. The renders also show a Type-C port on the bottom of the frame, alert slider on the side and no presence of a headphone jack.

OnePlus 8 Lite will get a curved glass rear panel in a blue gradient finish. The rectangular camera module on the top left corner will include a dual camera setup and a bunch of additional sensors. We see an LED flash and what could be a ToF (Time of Flight) sensor as well. The camera specifications of the OnePlus 8 Lite is currently unknown.

OnePlus 8 Lite will roughly measure 159.2 x 74 x 8.6mm. Beyond this, details about this mid-range OnePlus smartphone are slim. Based on the renders, it looks like the OnePlus 8 Lite will offer an in-display fingerprint sensor, which means an OLED display is also expected. It will be interesting to see whether this affordable OnePlus phone will offer a 90Hz refresh rate as seen on the premium OnePlus 7T and OnePlus 7T Pro models.

You may recall the OnePlus X back in 2015, which was a more affordable version of the brand’s flagship smartphones. OnePlus exited the mid-range space when it discontinued the OnePlus X, and the company said it will focus only on the flagship category. Since then, OnePlus offerings have been going up in terms of pricing each year, and in 2019, the brand went premium in a big way with the OnePlus 7 Pro and 7T Pro. Now, it seems like it wants to cater to the mid-range segment again with the OnePlus 8 Lite.