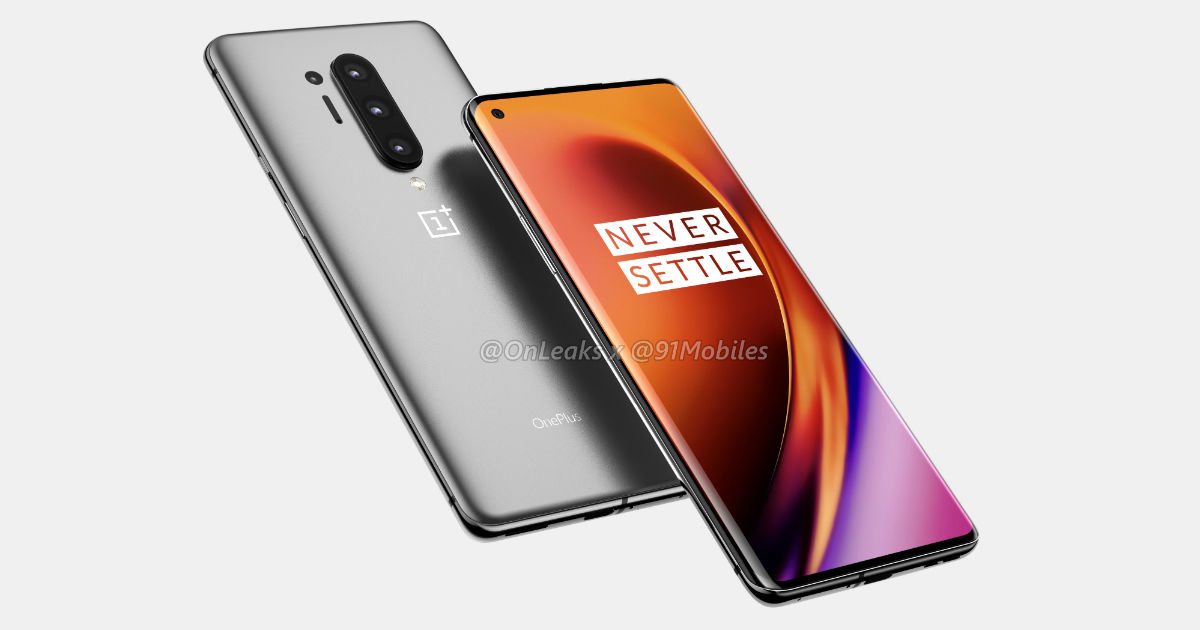 “OnePlus 8 Pro will be the first smartphone by the brand to feature a 3D ToF sensor, the renders show”

With the OnePlus 7T Pro launch done and over with, all eyes are on the next-generation OnePlus 8 series, the first renders of which surfaced online earlier this month. Now, 91mobiles has partnered with @OnLeaks to bring to you the exclusive OnePlus 8 Pro renders. These renders show the OnePlus 8 Pro will be the first smartphone by the brand to offer a quad camera setup, joining the likes of Samsung and Huawei in releasing a flagship with four camera sensors on the back. However, it looks like even the Pro model won’t be introducing an in-display selfie camera as the renders show the smartphone will feature a punch-hole display in place of a pop-up module.

Starting with the front panel, we can see the OnePlus 8 Pro design will be similar to its smaller sibling, with the punch-hole display and curved edges. However, the display will be a little bigger at 6.65-inch, up from the 6.5-inch screen size tipped for the OnePlus 8, and a shade smaller than the 6.67-inch panel of the OnePlus 7T Pro. On the display front, to recall, 90Hz refresh rate has been confirmed for all future OnePlus phones already.

Moving on to the back panel, you can see three rear cameras in vertical alignment, with a 3D ToF sensor placed next to it, along with some supporting camera sensors. The LED flash module is placed below the three camera sensors. The company’s logo and the name are etched on the back too. On the sides, we can see the Alert Slider and Power button will be on the right edge, while the Volume button will be on the left.

At the bottom, the USB Type-C port will be in the middle, flanked by a redesigned speaker grille, similar to what we have seen in the OnePlus 8 render. The top edge only has a hole for the mic, with the pop-up module for the selfie camera gone thanks to the punch-hole design. Lastly, the OnePlus 8 Pro will measure 165.3 x 74.4 x 8.8mm in size (though the thickness increases to 10.8mm if you include the rear camera bump).

So those looking to upgrade to OnePlus 8 Pro next year can see there won’t be a lot of revolutionary design changes. Of course, there is a lot we don’t know about yet, such as the software and the specifications. The additional depth-sensing 3D ToF camera, of course, has several applications such as 3D photography, AR, portrait mode images, etc. The OnePlus 8 series may also feature 5G support, which is missing in the 7T lineup.