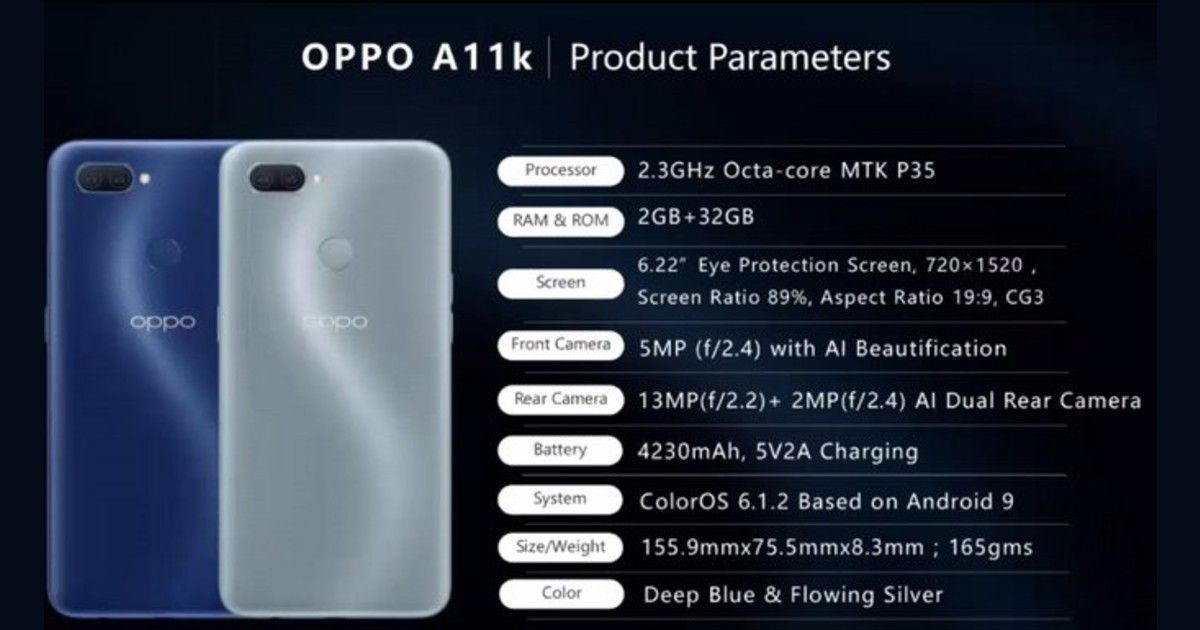 OPPO A11k, as well as OPPO A52 and OPPO A12, is expected to launch next week in India. Just yesterday 91mobiles (courtesy Ishan Agarwal) exclusively reported the specifications of the handset along with its expected price. Now, the same tipster has revealed the exact price of OPPO A11k in India. The handset will be a budget-offering from the brand and is said to be priced at Rs 8,999 in the country. If that’s the case, the phone will be competing against the likes of Realme C3 and Redmi 8, which are currently retailing in India in the same price segment.

The OPPO A11k specifications are expected to be almost identical to the OPPO A12, which was originally unveiled in Indonesia back in April. The only noticeable difference between the two phones is said to be in RAM. The OPPO A11k is tipped to feature 2GB RAM instead of 3GB. The storage onboard could be 32GB, which is likely to be further expandable using a microSD card.

The phone is also expected to feature Helio P35 processor under the hood, 6.33-inch HD+ display, and dual rear cameras comprising 13MP primary sensor and 2MP secondary sensor. The A11k is likely to sport 5MP sensor on the front for selfies and video calling. A 4,230mAh battery could fuel the handset, while ColorOS 7 atop Android 10 could take care of its software side of things. As seen from the OPPO A11k renders, it’ll come in two colour options: blue and grey, with gradient finish instead of a diamond-cut pattern. There will be a rear-mounted fingerprint scanner for security.