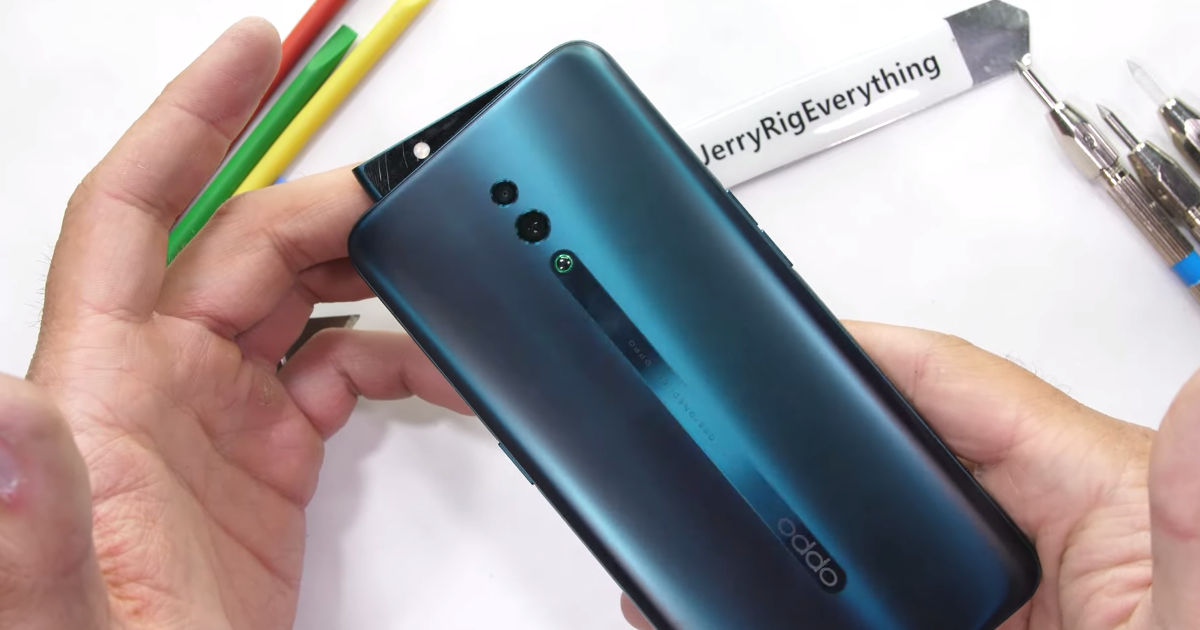 OPPO Reno 2 India launch has been set for August 28th, reveals a teaser of the smartphones that we’ve obtained from our industry sources. Since the company has mentioned “series” in the teaser, it is likely to launch multiple handsets from the series. The poster has confirmed that the Reno 2 series will offer four primary cameras at the rear, which will offer 20x zooming capabilities. Notably, the Reno 2 will also arrive with a Shark Fin selfie camera module, which is also present on the OPPO Reno 10x Zoom Edition as well. The company is launching the smartphone in India first, even before its home market of China.

As seen in the teaser image, the OPPO Reno 2 series could have a vertically-placed quad-camera setup at the back. The selfie camera will come out of the top, whenever you want to capture a self-portrait. Notably, just like the OPPO Reno 10x Zoom Edition, the Reno 2 series offering will also offer an all-screen design on the front. While it’s not officially confirmed, the upcoming Reno phone is expected to feature an under-display fingerprint sensor. The OPPO Reno 2 series is expected to be powered by Qualcomm’s Snapdragon 700 series processors.

The reports suggest that the OPPO Reno 2 will come with a 6.43-inch AMOLED display, featuring a resolution of 2,400 x 1,080 pixels. At the rear, the device is said to feature a 48MP f/1.7 primary snapper, accompanied by an 8MP ultra-wide sensor, a 13MP telephoto lens, and a 2MP monochrome shooter. The handset is tipped to be powered by a beefy 4,065mAh battery with VOOC fast charging support. The smartphone is rumoured to be priced higher than its predecessor.