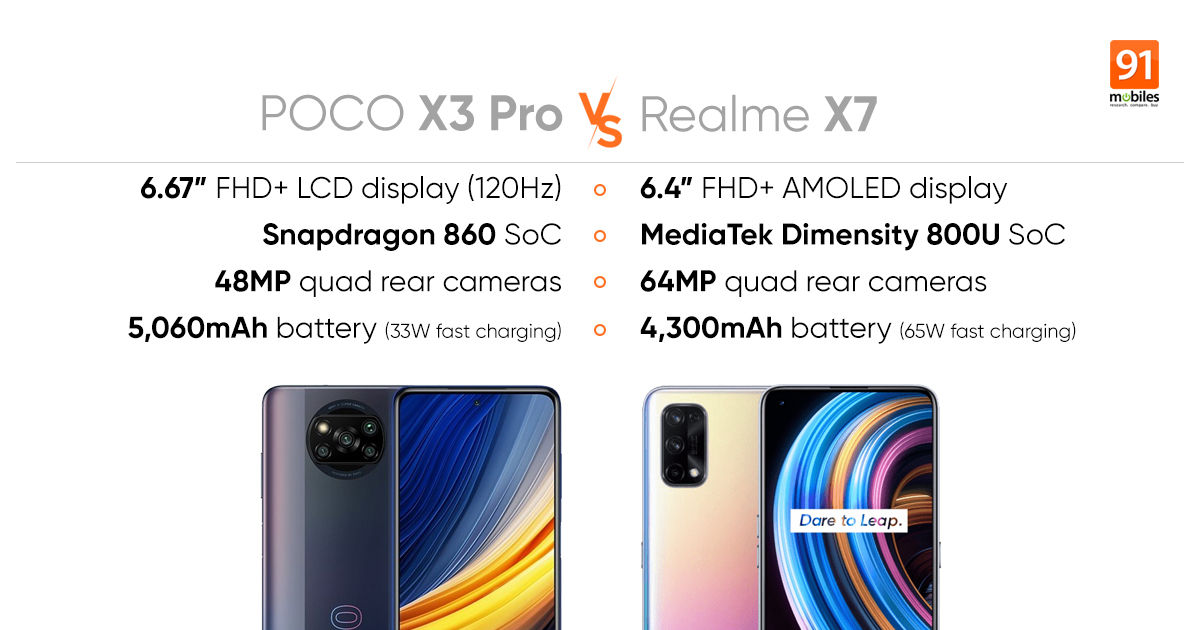 POCO X3 Pro price in India and specifications were revealed to us earlier today at the phone’s Indian launch event. The smartphone was launched globally some time ago and is the world’s first-ever to utilise the Qualcomm Snapdragon 860 chipset. The new handset lands in the Rs 15,000 to Rs 20,000 bracket, arguably one of the most hypercompetitive segments in the Indian smartphone market. The POCO X3 Pro takes on mid-range stalwarts such as Realme, Xiaomi, and Redmi. To keep things fair, we’ll be comparing it against one of Realme’s newly-launched offerings, the Realme X7. Does one of India’s most affordable 5G-ready smartphones have what it takes to beat the POCO X3 Pro? Let’s find out.

The POCO X3 Pro gains an immediate lead over the Realme X7 thanks to its Qualcomm Snapdragon 860 SoC. While the new SoC is essentially an overclocked Snapdragon 855+, its core configuration (1x Kryo 485 Gold cores at 2.9GHz, 3x Kryo 485 Gold cores at 2.4GHz, and 4x Kryo 485 Silver cores at 1.7GHz) is much better than that of the Realme X7, which uses a MediaTek Dimensity 800U SoC (2x Cortex-A76 cores at 2.4GHz and 6x Cortex-A55 cores at 2.0GHz). Furthermore, the Snapdragon 860’s Adreno 640 GPU promises to be remarkably faster than the Dimensity 800U’s ARM Mali-G57 MP3. However, the Realme X7 has an integrated 5G modem, something that is absent on the POCO X3 Pro. 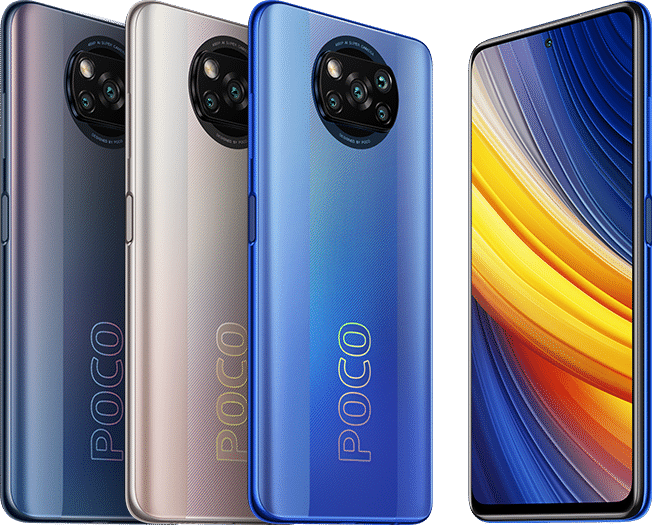 Unlike its cousins from Redmi, the POCO X3 Pro sticks to a tried and tested 6.7-inch FHD+ LCD panel with a refresh rate of 120Hz. The screen has a touch sampling rate of 240Hz, a peak brightness of 450 nits, and HDR10 certification. The Realme X7, on the other hand, ships with a 6.4-inch FHD+ AMOLED panel offering a conventional 60Hz refresh rate. Both screens have their own pros and cons, so it’d be hard to pinpoint just which one is better. Movies, videos, and anything involving visual immersion should look better on an AMOLED panel. The high refresh rate LCD panel is better suited for gamers who need a screen that refreshes faster.

Battery and other features

Even though the POCO X3 Pro packs a significantly larger 5,000mAh battery, it only supports fast charging at 33W. The Realme X7’s 4,300mAh cell can be charged at 65W, making it the better alternative. Similarly, the Realme X7’s under-display fingerprint sensor is aesthetically and functionally better than the POCO X3’s side-mounted alternative. The POCO X3 Pro has an IR Blaster though, which can be quite useful. 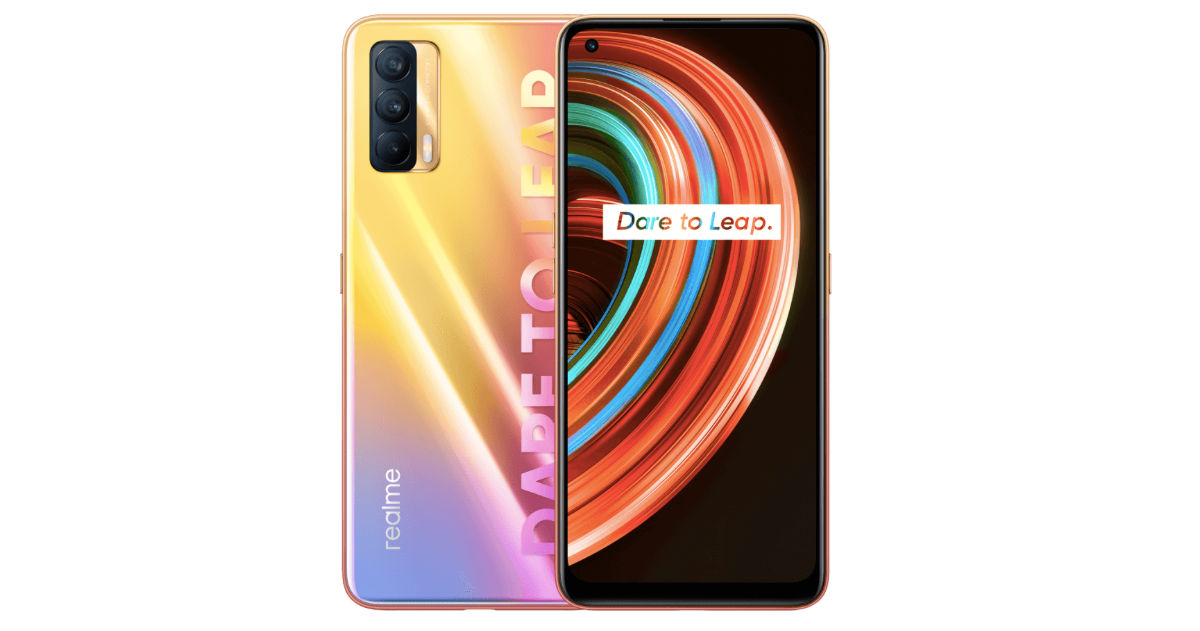 The POCO X3 Pro offers a better chipset and bigger battery, while the Realme X7 seems to score higher in other aspects, such as photography, at least as far as the specs sheet is concerned. The POCO X3 Pro’s high-refresh-rate screen plus better GPU make it an ideal gaming smartphone. On the other hand, those looking to use the phone for video consumption and photography could just be better off with the Realme X7. Furthermore, the Realme X7 also seems a bit more future-proof, as it is 5G-enabled.