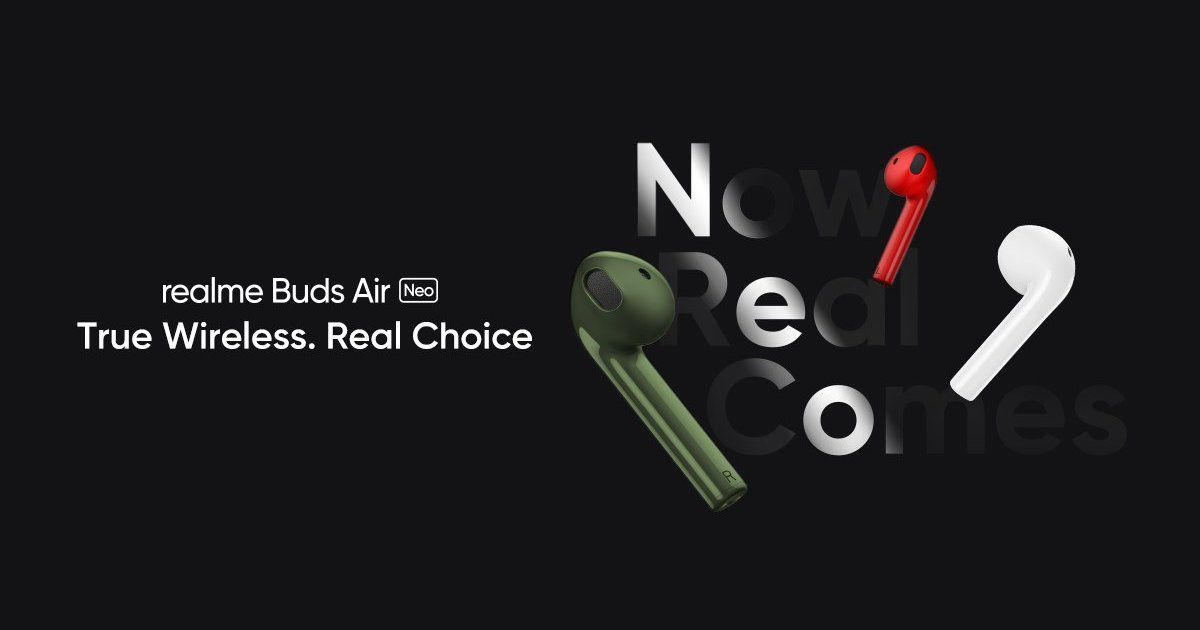 Realme Buds Air Neo is confirmed to launch in India on May 25th, the company’s India CEO Madhav Sheth revealed on Twitter while announcing that Realme has sold 1 million smart audio AIoT products. The truly wireless earbuds will be the third IoT product that will be announced in the country on Monday with the other two being the Realme TV and Realme Watch. The Realme Buds Air Neo has been leaked several times already and the earphones are speculated to be more affordable than the current Realme Buds Air. This seems to be true as a report by MySmartPrice has revealed the alleged India price and Flipkart availability of the earbuds. Meanwhile, Realme India has revealed the Realme Buds Air Neo design, features and specifications on its official website. According to the report by MySmartPrice, the Realme Buds Neo price in India will be Rs 2,999, which would makes them cheaper than the original Buds Air by Rs 1,000 as expected. The earbuds will look similar to the original Buds Air in terms of design, but with some minor downgrades in order to keep the price point low. The charging case will not support wireless charging and will feature a microUSB port instead of a Type-C port.

The Realme Buds Air Neo has been listed on the Realme India website with key features and specifications like 17 hours battery life, Bluetooth 5.0, and 13mm bass boost drivers. The earbuds will also come with an optical sensor to detect in-ear placement and touch sensor on the surface to control music playback and calls. The upcoming Buds Air Neo will also come a Super Low Latency Mode that improves connectivity and reduces latency by up to 50 percent compared to normal mode. Realme also promises seamless auto-connection and the earbuds will come in green, red and white colour options.