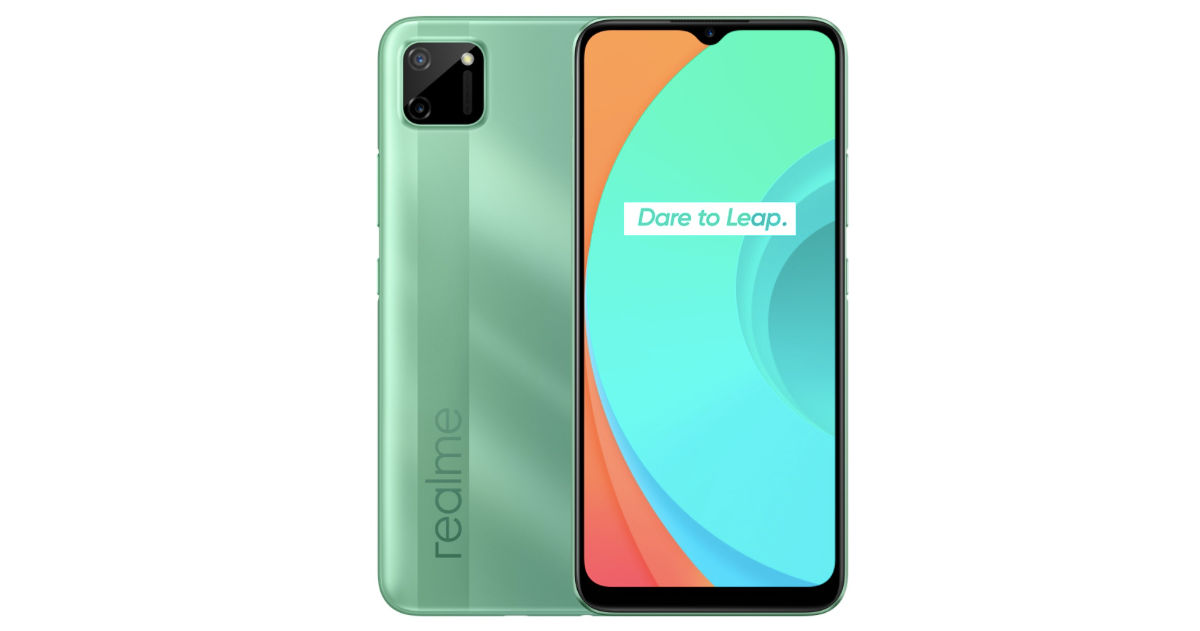 Realme C11 (2021) price and specifications could be officially revealed soon as the phone has now appeared on the Geekbench benchmarking website. The Realme RMX3231 smartphone was previously spotted by us on the BIS certification website. This suggested that the Realme C11 (2021) India launch is imminent. Now, the same model has been spotted on Geekbench. The listing reveals key Realme C11 (2021) specifications, including the RAM and software. The entry-level smartphone is expected to go official soon and here’s what we know about the device so far. 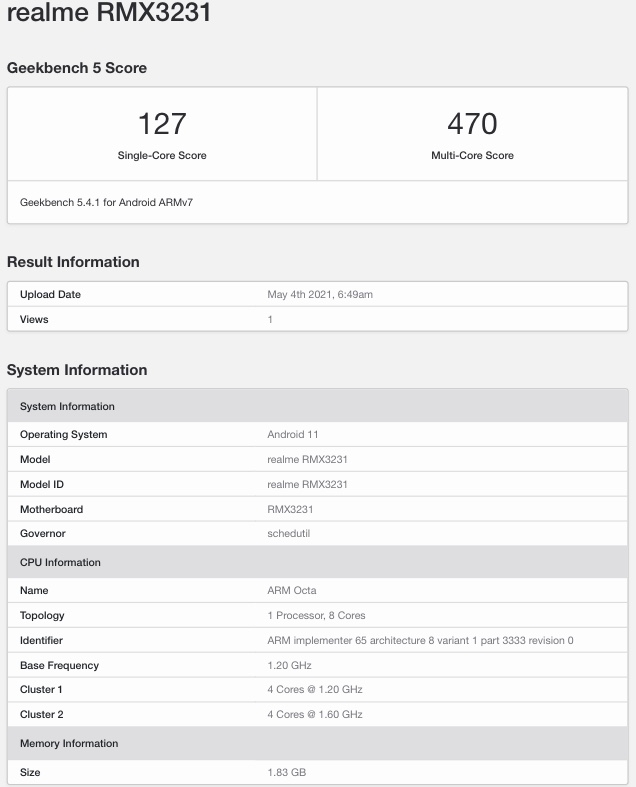 According to the listing, the Realme C11 (2021) will be available with 2GB RAM and Android 11 OS. This is expected from an entry-level smartphone as the previous Realme C11 model also offered only 2GB of RAM. The chipset has not been specified but the Realme C11 2021 is expected to be powered by a Unisoc processor.

To recall, the Realme C11 sports a 6.5-inch waterdrop display with an HD+ (1600×720) resolution. The smartphone is powered by the MediaTek Helio G35 chipset paired with 2GB RAM and 32GB internal storage. The smartphone ships with Android 10-based Realme UI. The Realme C11 packs a 5,000mAh battery and supports a standard 10W charging. The handset comes equipped with a dual-camera system that includes a 13MP primary sensor and a 2MP portrait lens. At the front, the phone gets a 5MP front-facing camera.