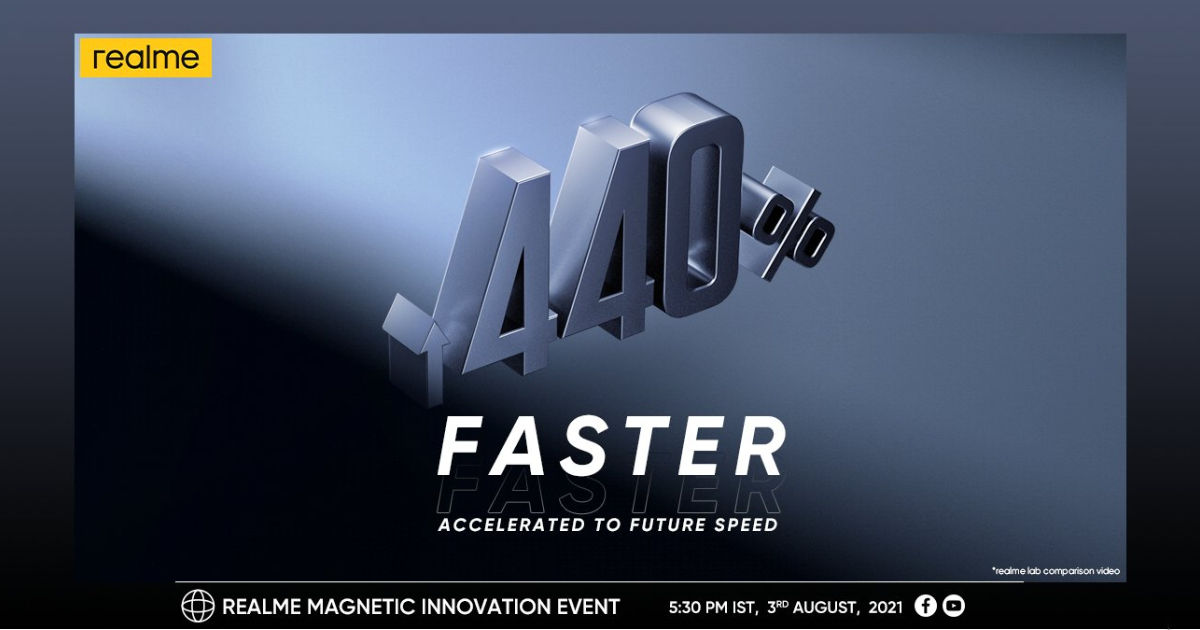 Can you guess in comparison to which charging tech is #realme‘s MagDart charger 440% faster?

The tweet is accompanied by another poster, which reveals that the Realme MagDart will be “thinner.” Once again, Realme didn’t mention a reference point, and we are assuming that the brand is comparing it with the Apple MagSafe. However, we think that this MagDart charger is different from the one that will offer a 66W charging speed. The charging speed of this model could be similar to that of the Apple MagSafe. The one with the 66W charging speed will have inbuilt fans and ventilation grills for cooling as we have seen in the renders that were leaked earlier.

Considering that Realme will be the first brand to offer an Android smartphone with magnetic wireless charging support, it will have a unique edge in the market. However, the magnetic wireless charging technology is expected to make the upcoming Realme smartphone costly and we will have to see how many people are willing to spend the extra amount of money for this fancy feature.