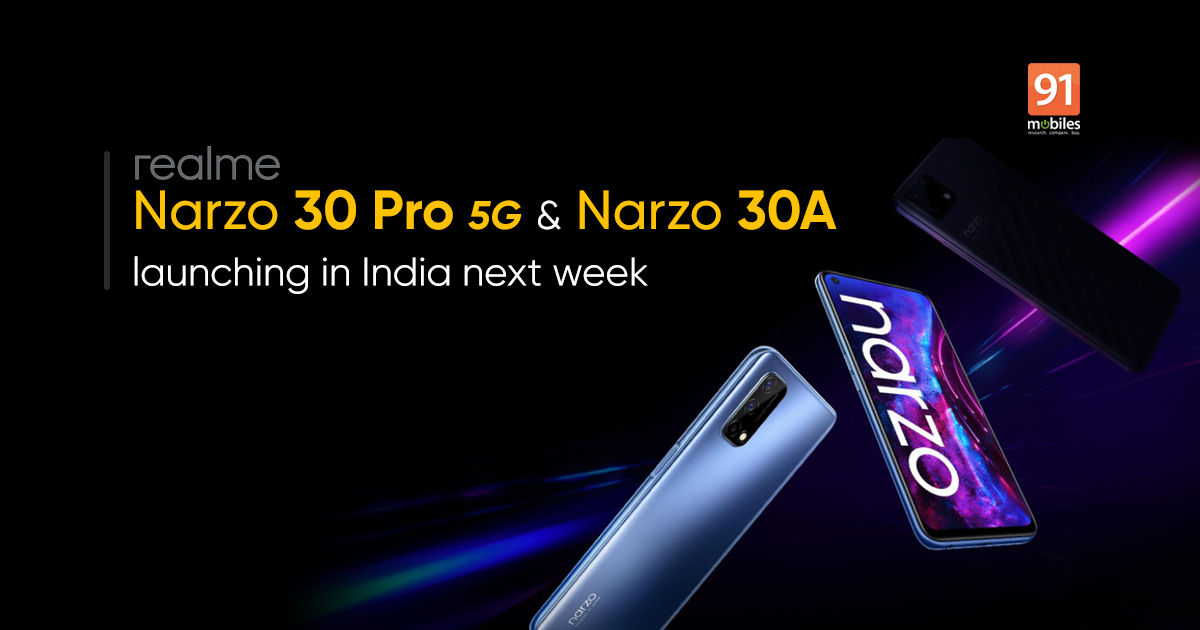 Realme Narzo 30 Pro 5G and Realme Narzo 30A launch date in India has been revealed via a listing on the company’s website and Flipkart. The phones will make their global debut in the country on February 24th at 12:30 PM and they will come as successors to the Narzo 20 Pro and Narzo 20A from last year. Realme Narzo 30 Pro 5G specifications will include the MediaTek Dimensity 800U SoC, a leaked poster image has revealed. The Narzo 30 series launch event will also see the debut of the Realme Buds Air 2 TWS earbuds.

The listing reveals the Narzo 30 Pro 5G will have a rectangular camera module with triple sensors and an LED flash, a punch-hole display, and a side-mounted fingerprint sensor, which means it may not come with an AMOLED panel. The handset will be available in Blue/Grey colour but there could be other options at launch and be powered by the MediaTek Dimensity 800U. We also get to see Narzo 30A, which has a square camera housing with three lenses and a rear-mounted fingerprint sensor.