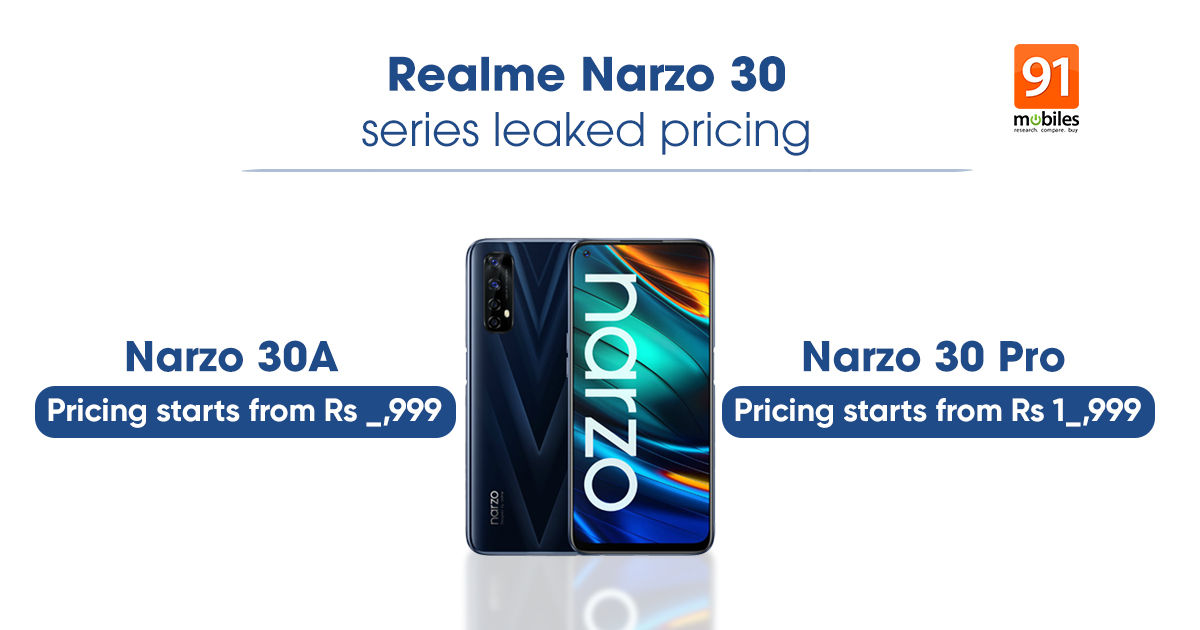 Realme Narzo 30 Pro 5G is essentially a rebadged Realme Q2. We learned earlier that it would run a MediaTek Dimensity 800W chipset. Its 6.5-inch IPS LCD panel will refresh at 120Hz. The Realme Narzo 30 Pro will be powered by a 5,000mAh battery that will support fast charging at 30W, which is quite a downgrade from its predecessor — the Realme Narzo 20 Pro’s — 65W fast-charging support. At the back, we get three rear cameras with a 48MP sensor at the helm assisted by an 8MP ultra-wide-angle lens and a 2MP macro lens. The smartphone will also come with Dolby Atmos and Hi-Res audio.

As for the cheaper alternative, the Realme Narzo 30A comes with watered-down hardware. It is expected to run a 6.5-inch screen with a waterdrop-notch which will house the smartphone’s 8MP selfie camera. Its screen size is unknown, but we’re probably looking at an HD+ IPS LCD panel. It is tipped to run the MediaTek Helio G85 chipset and powered by a massive 6,000mAh battery that supports fast charging at 18W. Its dual-rear camera array will be spearheaded by a 13MP sensor.