Home Comparisons Realme Pad vs Samsung Galaxy Tab A7 (2020): price in India and... 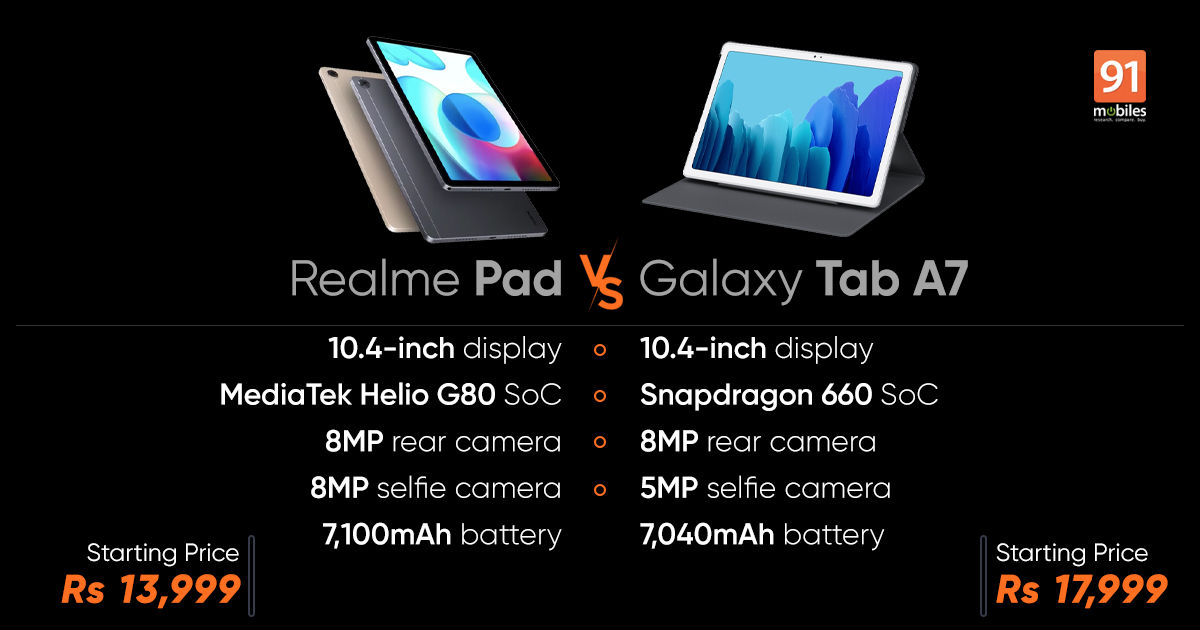 Realme Pad vs Samsung Galaxy Tab A7: Realme has forayed into the tablet market in India with the launch of the Realme Pad. It’s an affordable Android-powered tablet, with Realme’s custom skin on top, that will compete against the likes of the Samsung Galaxy Tab A7 (review) in the country. The Galaxy Tab A7 is last year’s tablet, which continues to remain a popular choice among entry-buyers shopping in the segment. Can the all-new Realme Pad challenge that? We have drawn a quick comparison between the two tablets, based on their specifications and prices in India, to find out. Let’s take a look:

Realme Pad runs Android 11-based Realme UI 2.0 out of the box. The tablet packs a 10.4-inch WUXGA+ display with 2,000×1,200 pixels resolution and an 82.5 percent screen-to-body ratio. The pad has its design inspired by iPad Pro 2020. Much like the Apple tablet, the Realme Pad also sports flat edges, with a near bezel-less display on the front and a power button on the top edge. The tablet has a protruding single rear-facing camera that houses an 8MP sensor. On the front for selfies and video calling, there is also an 8MP snapper. 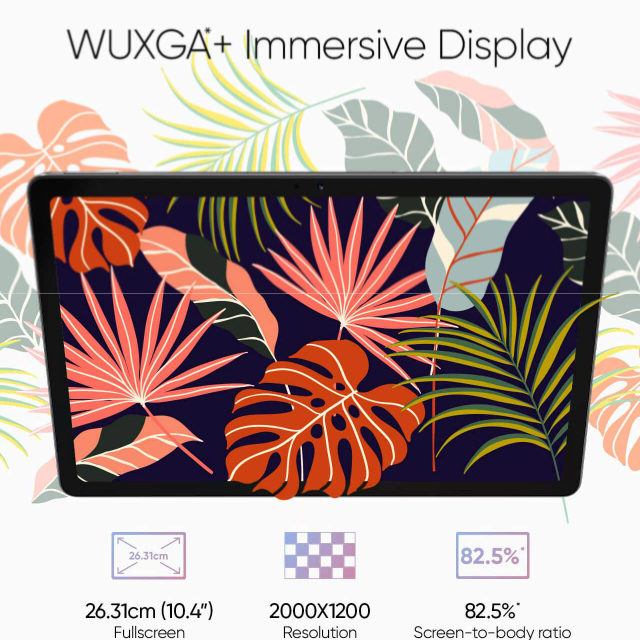 At the core of the Realme Pad lies MediaTek Helio G80 SoC coupled with up to 4GB RAM + 64GB user-expandable storage. The tablet is driven by a 7,100mAh battery that should last up to a day on average to heavy usage between charges. The device supports 18W fast charging and reverse charging. The latter can be used to charge other devices such as smartphones and wearables. It has quad stereo speakers, fine-tuned by Dolby Atmos, for an immersive listening experience. The Realme Pad features standard connectivity options such as 4G LTE (optional), Wi-Fi, Bluetooth, and USB Type-C. The device measures 246.1 x 155.8 x 6.8mm – 8.4mm with protruding rear camera, and weighs 191 grams.

The Samsung Galaxy Tab A7 (2020) also ships with a 10.4-inch WUXGA+ display that bears 2,000 x 1,200p resolution and a 60Hz refresh rate. The tablet is powered by Qualcomm’s Snapdragon 662 SoC paired with 3GB RAM and 32GB/ 64GB storage onboard under the hood. The storage is further expandable up to 1TB using a microSD card. For photography, the tablet gets a 5MP front-facing camera for selfies and video calling and an 8MP camera at the back. The tablet supports Dolby Atmos surround sound and packs quad speakers on each corner. Software-wise, it runs OneUI 2.5 atop Android 10 out of the box. 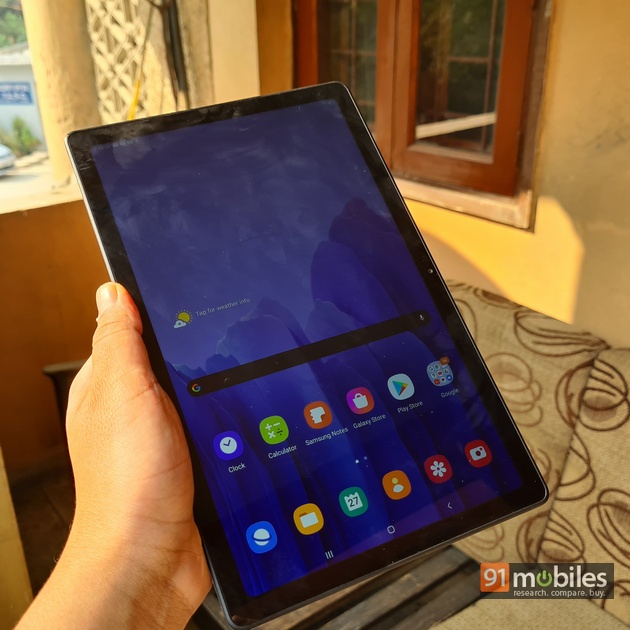 The Samsung tab is driven by a 7,040mAh battery that can provide long hours of usage and also supports adaptive fast charging. Other features include 4G (optional), Wi-Fi, Bluetooth v5.0, 3.5mm headphone jack, GPS, USB Type-C port, Knox security system, easy access to Netflix and Spotify, and two months of free subscription to YouTube Premium. As for the design, the Samsung Galaxy Tab A7 has a metal chassis with a near-bezel-less display on the front. The tablet measures 157.4mm x 247.6mm x 7.0mm and weighs 477 grams. There is no fingerprint scanner on the Samsung Galaxy A7, but you can unlock it using face recognition. You can also choose a pattern, PIN, or password to secure your data.

Realme Pad and Samsung Galaxy Tab A7 (2020) both target users looking for an affordable sub-Rs 20,000 tablet that is primarily for media consumption and e-learning. We will have to wait for the Realme Pad review to know how well the device performs in real life but based on its price and specifications, it looks like the tablet can give Samsung Galaxy Tab A7 (2020) a run for its money.