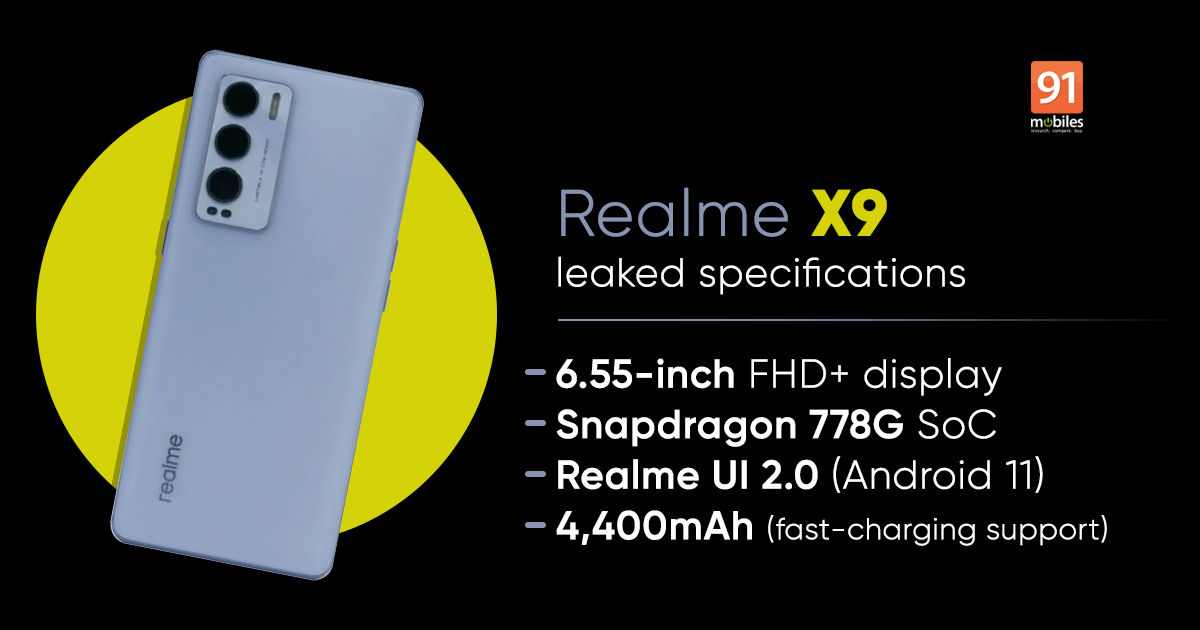 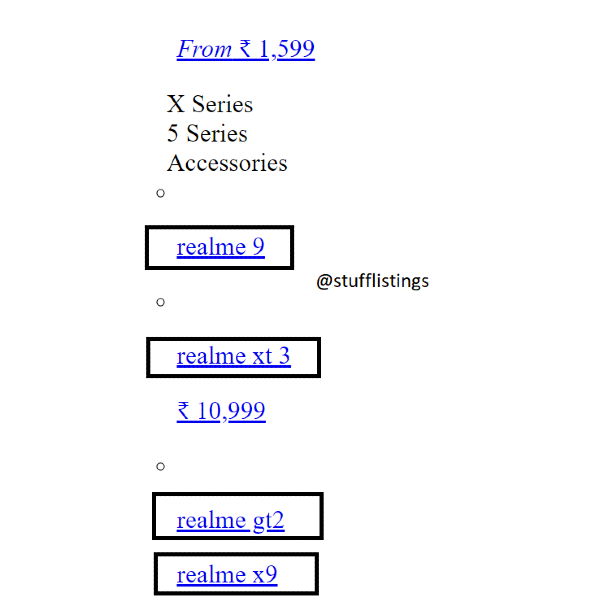 Realme X9 (Realme RMX3366) specifications were listed on TENAA certification recently. It is said to sport a 6.55-inch display, probably with FHD+ resolution. The phone is said to be powered by the Snapdragon 778G SoC and boot Android 11-based Realme UI 2.0 custom skin on top. It is said to pack a 2,200mAh battery (combined capacity of 4,400mAh) and have fast-charging support. Connectivity options could include 5G, 4G LTE, dual-band Wi-Fi, Bluetooth 5.0, GPS, and USB Type-C for charging and data sync.

On the other hand, the Realme X9 Pro is said to flaunt a 6.55-inch Samsung E3 Super AMOLED display with a micro-curved screen and Corning Gorilla Glass 5 layer. Two versions of the Realme X9 Pro have been tipped, one with the Snapdragon 870 SoC and one with Dimensity 1200. The latter is said to launch globally as the OnePlus Nord 2. The phone could also pack a 4,500mAh battery with 65W fast-charging support. Moving to optics, the Realme X9 Pro is tipped to come with a triple camera setup at the back, with a 50MP Sony IMX766 primary sensor, a 16MP ultra-wide lens, and a 2MP B&W sensor. A 32MP sensor on the front is also expected. The phone will be equipped with dual speakers, Dolby sound, Z-axis linear speaker, and NFC.

While you wait for the Realme X9 series, you can check out more news about the other upcoming smartphones as well as popular product recommendations on our Facebook, Twitter, and Instagram pages and head to our YouTube channel for the latest videos.