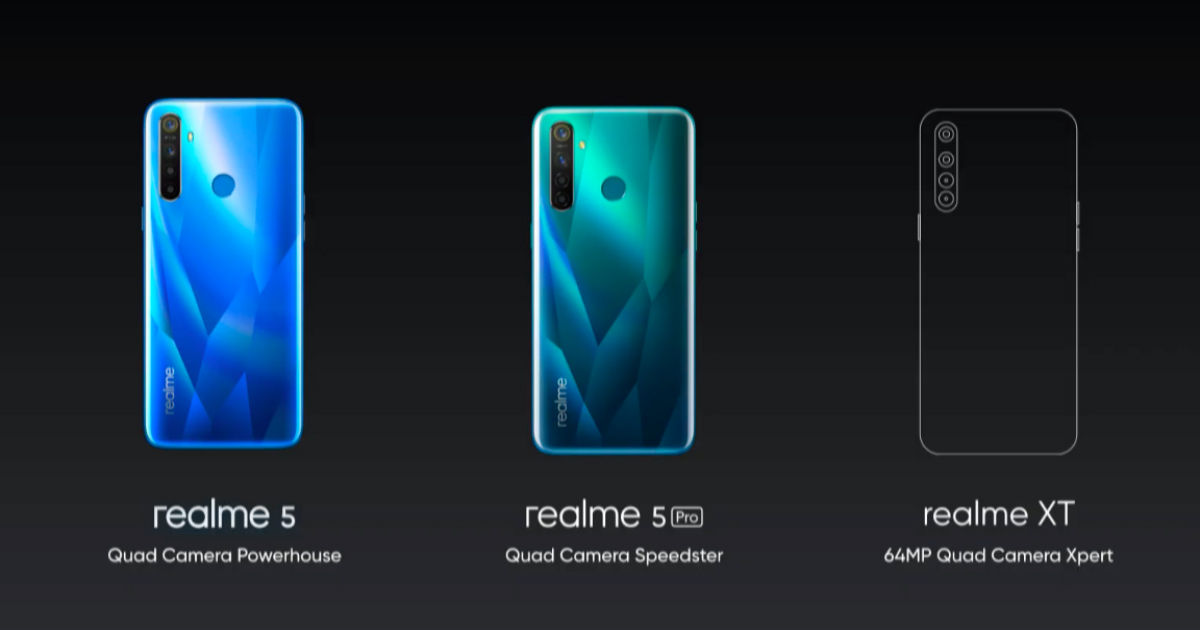 Realme XT is the name of the 64MP phone that the brand has been working for a while, India head Madhav Sheth announced at the Realme 5 series launch today. He also teased the Realme XT India launch will be towards September end by referencing the song ‘Wake Me Up When September Ends’ by Green Day. To recall, the company had showcased the 64MP camera technology in India earlier this month. The Realme XT will also have vertically arranged quad rear cameras and will use Samsung’s latest 64-megapixel ISOCELL Bright GW1 sensor. The sensor is said to capture better images with great details and colour accuracy.

The Samsung sensor on the Realme XT features the Isocell Plus and Tetracell technologies, which produce brighter low-light images by combining four pixels into one. The teaser image doesn’t have a rear-mounted fingerprint sensor; this means it will likely have an in-display sensor and an AMOLED display. The handset could be powered by the latest Snapdragon 700-series chipset and a massive battery. It should run on ColorOS 6.0 based on Android 9.0 Pie out of the box.

Realme is in a race with Redmi to launch the first smartphone with a 64MP sensor. While the latter has been teasing the Redmi Note 8 with a 64MP camera since the last few days, we can expect the Realme XT to indeed become the first 64MP phone in the Indian market at least. However, it may well be a close competition to bring the first such handset to the market, so we will have to wait a month or so to see which of them makes it to buyers’ hands first.