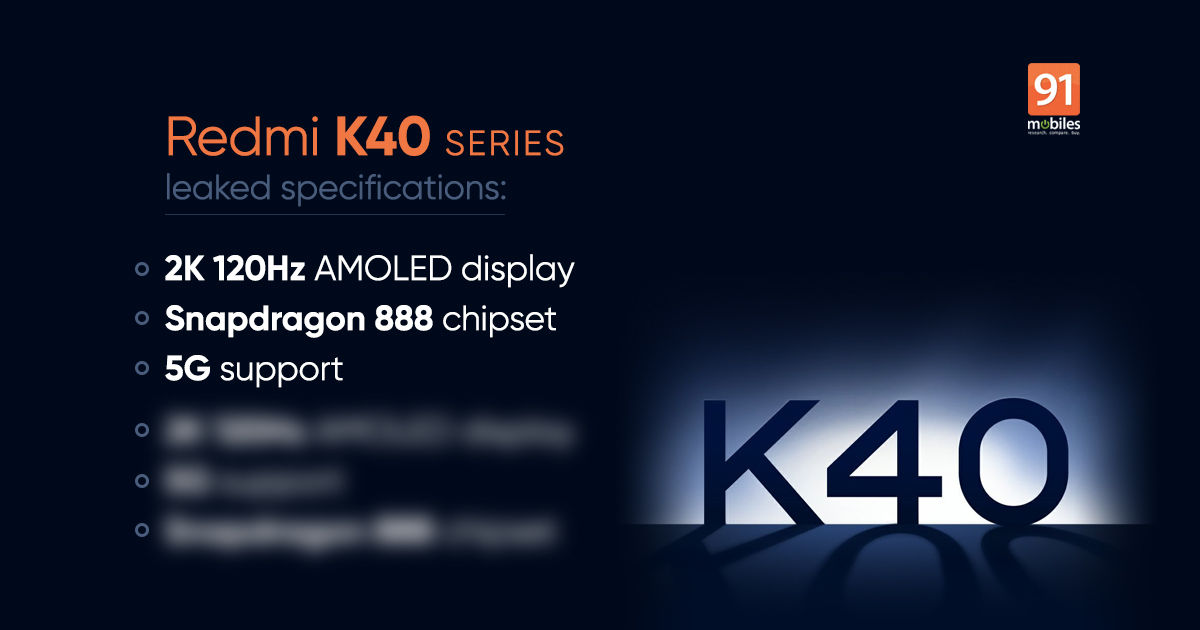 The Redmi K40 series launch is scheduled for next month in China. Ahead of the launch event, Redmi Product Director Wang Teng Thomas has suggested that there will be at least two models with Snapdragon 888 SoC in the upcoming Redmi K40 series lineup. The smartphones could be Redmi K40 Pro and Redmi K40 Pro Zoom Edition, which may succeed last year’s Redmi K30 Pro and its Zoom Edition sibling. Both K30 models rock identical specs, including Snapdragon 865, but the Zoom edition offered a better photography experience. Redmi K40 series specifications are rumoured to include 5G support, 2K AMOLED display, 4,000mAh+ battery, and more.

Wang Teng Thomas took to Chinese microblogging platform Weibo to reveal ‘there is more than one Snapdragon 888 version in the K40 series.’ He didn’t reveal the names of the phones. The K40 series, as you may know, will reportedly include a regular Redmi K40 smartphone and a ‘Pro’ edition. While the Redmi K40 Pro is rumoured to feature Qualcomm’s flagship Snapdragon 888 SoC, the Redmi K40 is said to rock MediaTek Dimensity 1200 flagship chipset. Therefore, the other Redmi Snapdragon 888 SoC phone could be K40 Pro Zoom edition.