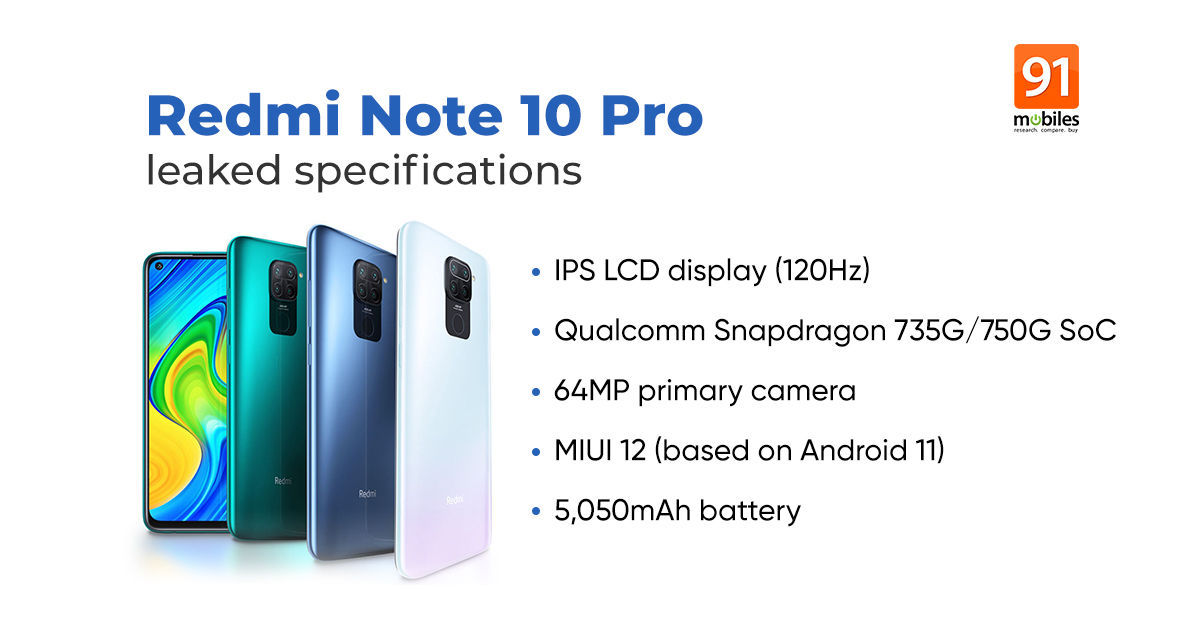 As per Agarwal, the Redmi Note 10 will launch in India in 4GB+64GB and 6GB+64GB variants, while the Redmi Note 10 Pro will come in 6GB+64GB, 6GB+128GB, and 8GB+128GB configurations. This is all the information we get from the latest report.

Previously, we reported that the Redmi Note 10 phones will launch in India in February. Additionally, Agarwal told us that the vanilla Note 10 will come in Gray, White, and Green colour options, while the Note 10 Pro model will come in Bronze, Blue, and Gray colours. Redmi Note 10 and Note 10 Pro prices in India will be aggressive, according to Agarwal, as the Redmi Note 9 series sales did not perform as well as expected.