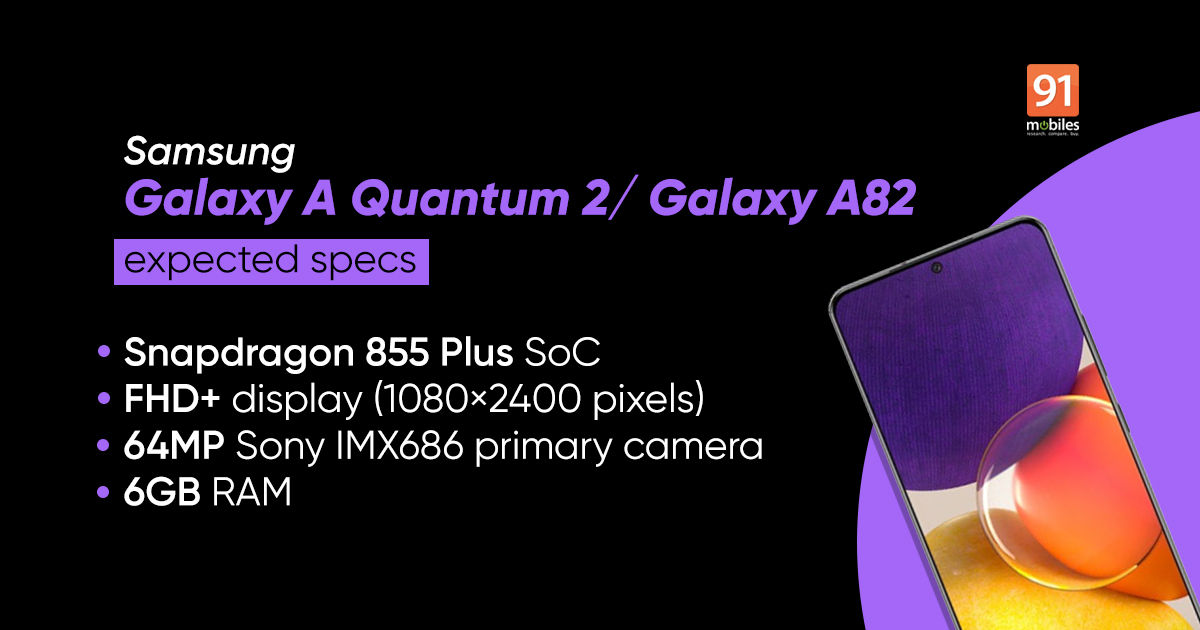 Samsung Galaxy Quantum 2 aka Galaxy A82 5G will come with the Qualcomm Snapdragon 855 Plus chipset (SM8150P) paired with 6GB RAM. The phone comes with an FHD+ display with a 1080×2400 resolution and 450 screen density. The Galaxy A82 ships with Android 11, as per the listing. This is pretty much all the information we get from the Google Play Console listing.

The specifications mentioned on the Google Play Console listing are in line with previous leaks and rumours. The upcoming Samsung Galaxy A82 5G is expected to feature the Snapdragon 855 Plus chipset and 6GB RAM. The successor to the Galaxy A80 is also rumoured to come with a 64MP Sony IMX686 primary camera. It seems the phone will not come with a pop-up rotating camera as its predecessor did. The render on the Google Play Console listing suggests the phone will get a traditional punch-hole cutout for the selfie camera.