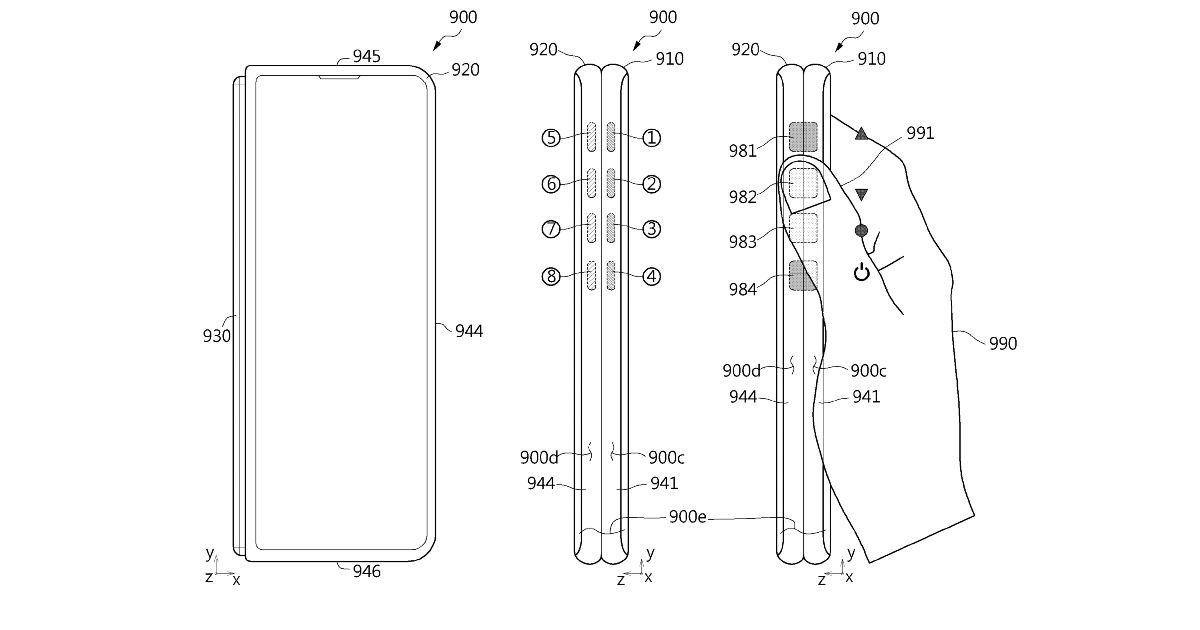 Samsung Galaxy Fold and Galaxy Z Fold 2 have been a kind of benchmark for foldable phones. The company has been leading the charge in foldable phone development and they are only expected to make their upcoming devices look more futuristic. There is talk about the Samsung Galaxy Z Fold 3 coming with an under-display camera, which means there won’t be any punch-hole cutout or notch. How about removing physical buttons as well? 91mobiles has discovered a patent on the WIPO website that shows a Samsung Galaxy Fold design with touch-based buttons on the side instead of physical keys.

According to the patent’s description, physical buttons on a bar-type foldable device like the Galaxy Fold can be troublesome to the user. Additionally, pressing physical keys and applying force on one side of the housing could cause damage to the hinge. in order to solve this problem, the patent imagines a Galaxy Fold-like device with touch-based virtual buttons instead of physical keys.

As per the patent images, the foldable phone can have touch-based keys on the frame for gesture controls. When folded, the user can press on both the housings to perform tasks like increasing/decreasing volume, lock/unlock the phone, and more by simply tapping or swiping. By eliminating physical keys, Samsung is offering more area and more comfort to the user through virtual keys.

The patent suggests the upcoming Samsung Galaxy Z Fold 3 and possibly even the Galaxy Z Flip may arrive with touch-based buttons for gesture controls. However, it would be wise to wait for some kind of official confirmation on this.

All the phones that launched in November 2019