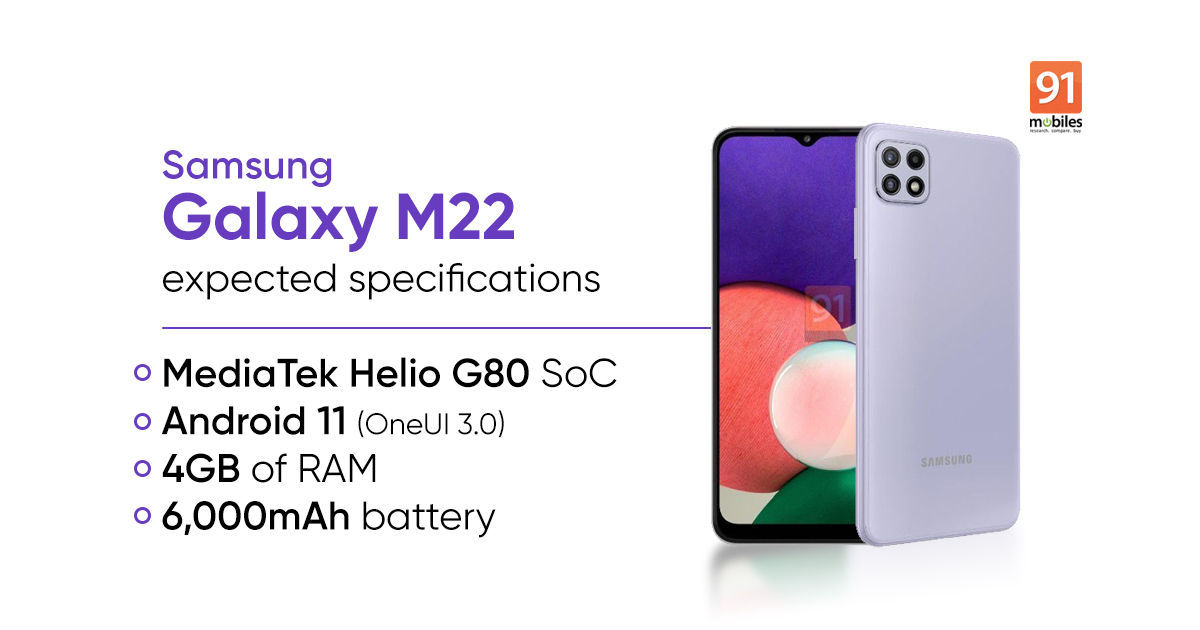 Samsung Galaxy M22 launch seems to be around the corner as the phone has been receiving several certifications. The device was spotted on Geekbench last month and had cleared the US FCC certification earlier this week. Now, 91mobiles has spotted the Samsung Galaxy M22 on the Bluetooth SIG website ahead of its imminent launch. The Bluetooth platform does not reveal any hardware specifications, but it suggests that the phone could go official soon. While not confirmed, the Samsung Galaxy M22 is expected to launch in India and slot below the newly-announced Galaxy M32. 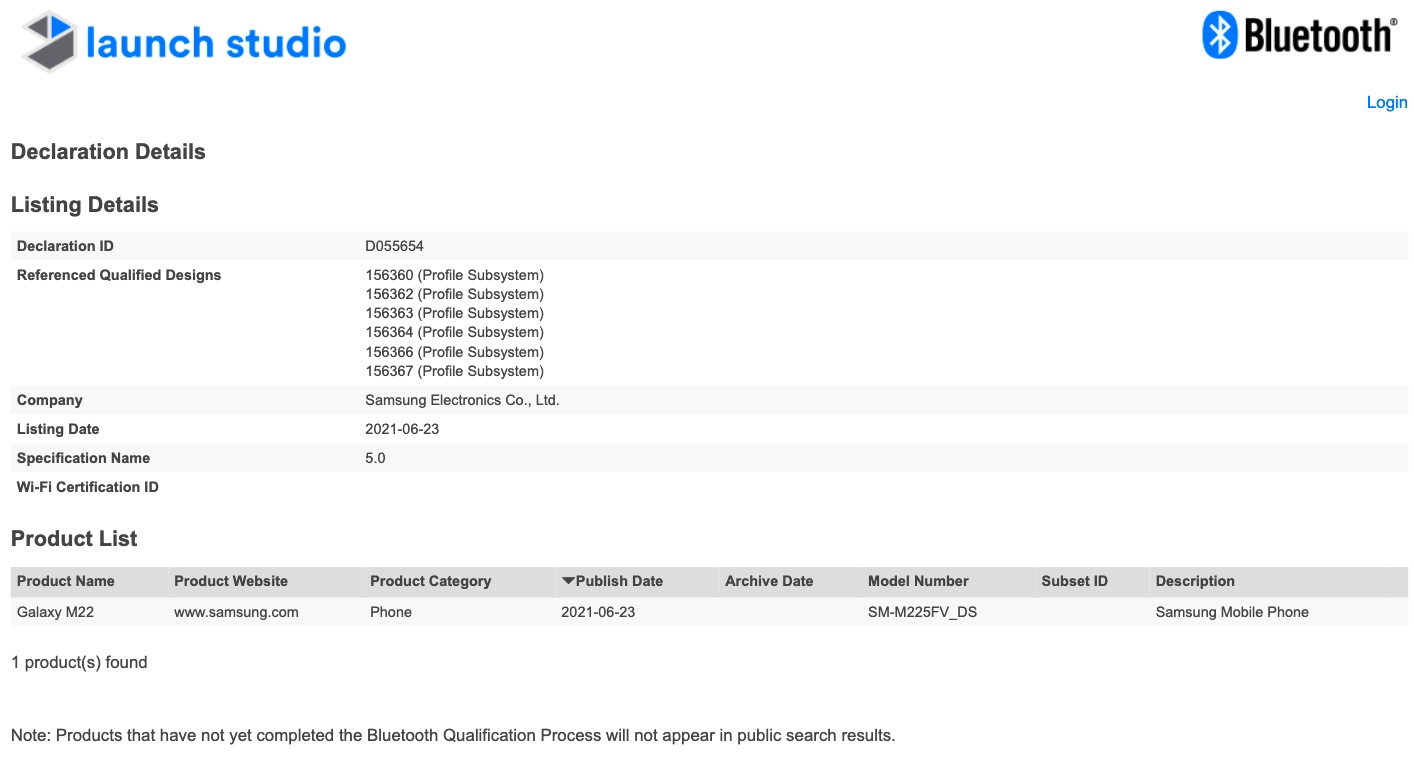 The Bluetooth certification website shows the Galaxy M22 moniker with the SM-M225FV_DS model number, where ‘DS’ means Dual SIM. The only relevant detail we understand from the listing is that it supports Bluetooth 5.0.

The Samsung Galaxy M22 Geekbench listing last month told us that the handset will be powered by the MediaTek Helio G80 chipset, paired with 4GB RAM and Android 11 software. It is speculated that the phone could be a rebranded Galaxy A22, which wouldn’t come as a surprise. Additionally, the FCC certification revealed that the Galaxy M22 supports 25W fast charging, but will only feature a 15W charger in the box. Other features include 4G LTE, dual-band Wi-Fi, and NFC connectivity.

Samsung Galaxy M22 launch date is yet to be revealed but it’s clear that the phone is ready to be launched soon. After the FCC and Bluetooth certifications, we expect Samsung to announce the phone in the coming weeks. India is a major market for the Galaxy M22 and it looks like the phone could arrive in the country soon enough.