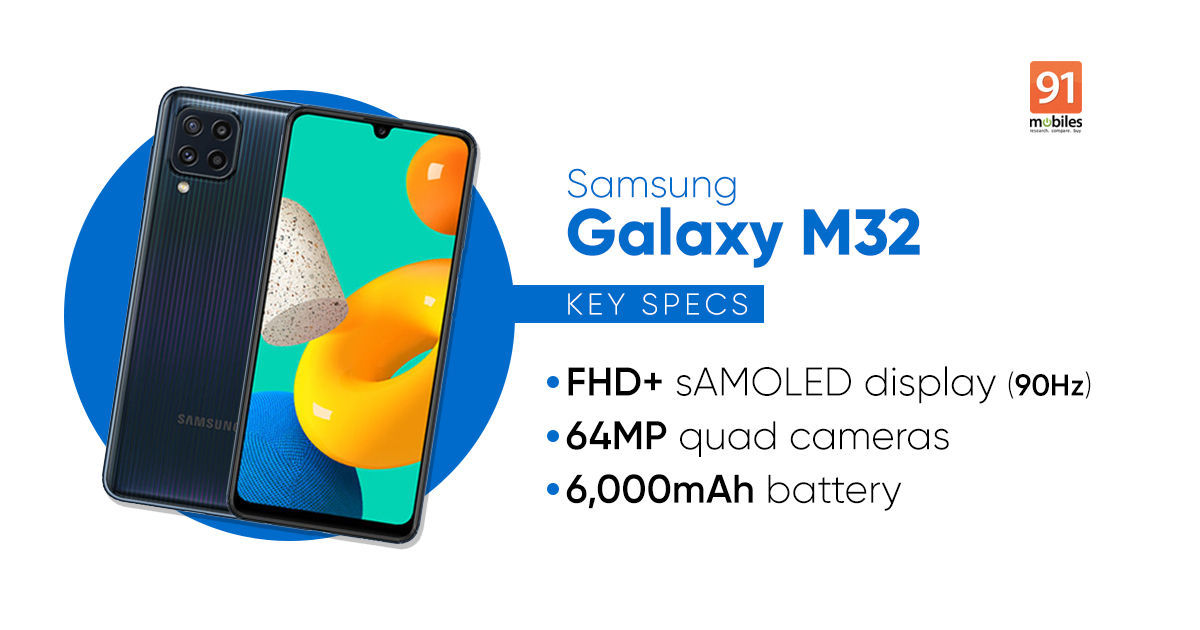 Samsung Galaxy M32 launch date in India was revealed a few days ago through Amazon. The phone is set to launch in India on June 21st at 12:00 PM. Considering the name of the smartphone, the Galaxy M32 will succeed the Galaxy M31 that went official in India last year. While the teaser page shows off a few features of the Galaxy M32, 91Mobiles had exclusively revealed the complete Galaxy M32 specifications last week. Well, today we get to even more about the device as it has been spotted on Google Play Console, courtesy of MySmartPrice. 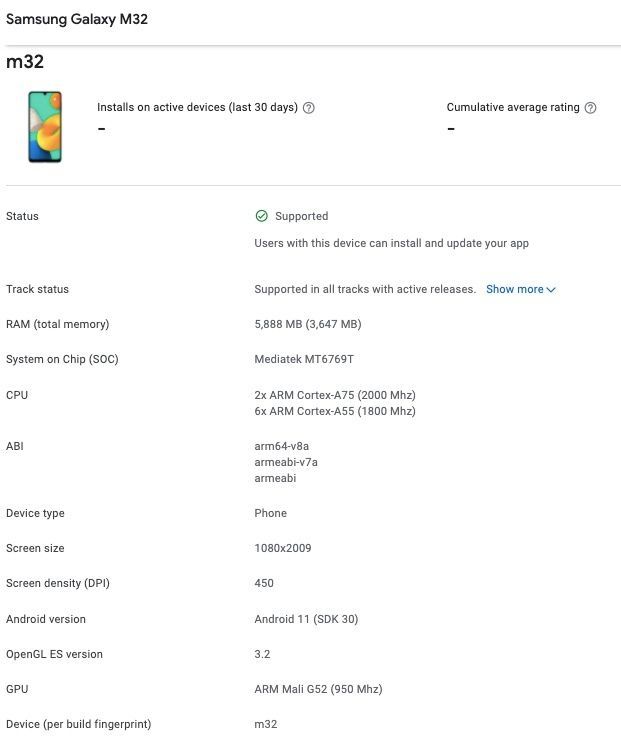 As per our source, the Galaxy M32 will have a quad-camera setup at the rear with a 48MP primary camera, an 8MP ultrawide sensor, a 5MP macro camera, and a 5MP depth sensor. This is something that has been confirmed by the teaser page. The dedicated micro-website also reveals that the Galaxy M32 will have a 20MP selfie camera. The phone will pack a 6,000mAh battery and some form of fast charging is expected.

While you wait for the Samsung Galaxy M32 India launch, you can check out news about the upcoming smartphones as well as popular product recommendations on our Facebook, Twitter, and Instagram pages and head to our YouTube channel for the latest videos.