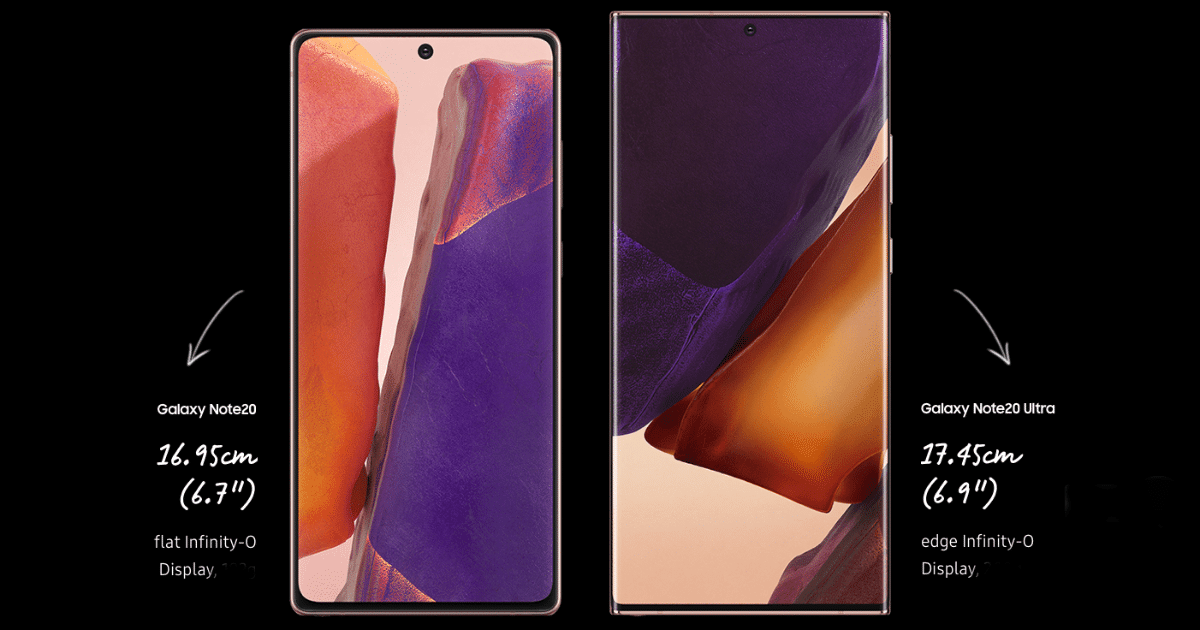 Samsung Galaxy Note20 and Galaxy Note20 Ultra will release in India on August 28th, according to the Amazon.in listings for the smartphones. The two models are up for pre-order in India at the moment and the Amazon pages for them show “This item will be released on August 28, 2020.” While the official Samsung.com website doesn’t mention any release date at the moment, Flipkart only says the tentative release date is August 29th. These dates pretty much confirm that the Samsung Galaxy Note20 and Galaxy Note20 Ultra smartphones will hit the market by the end of this month. 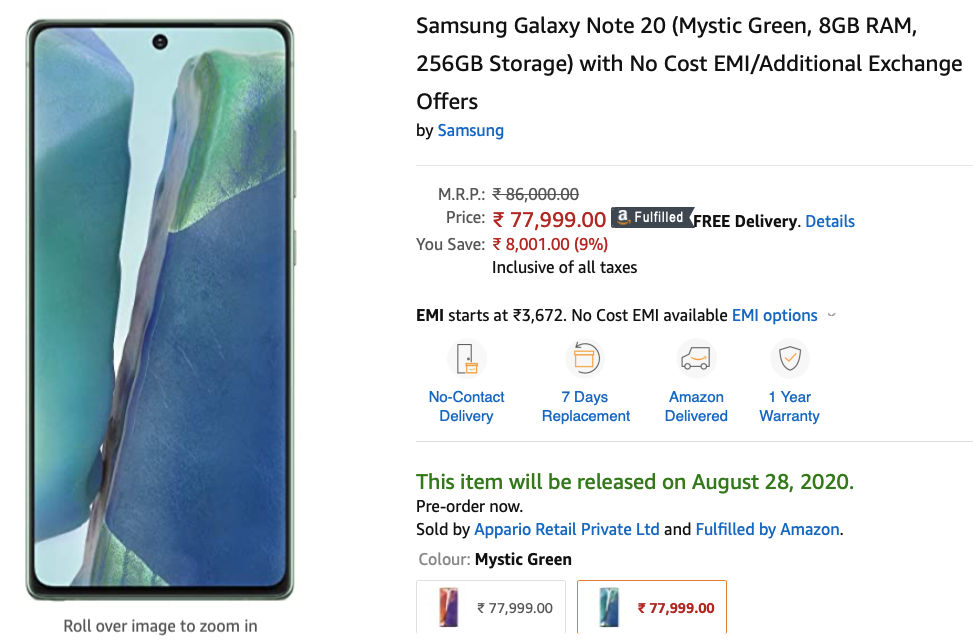 Samsung Galaxy Note20 price in India is Rs 77,999 for the 4G-only variant with 256GB storage and 8GB RAM. Similarly, the Galaxy Note20 Ultra price is Rs 1,04,999 for the 5G model with 256GB storage and 12GB RAM. As mentioned earlier, both are available for pre-order at the moment via Amazon.in, Flipkart, and Samsung.com. HDFC Bank credit and debit card customers will get cashback of Rs 6,000 on the vanilla model and Rs 9,000 for the Ultra. Existing Samsung smartphone users will get upgrade bonus of Rs 5,000. Lastly, there will be benefits worth Rs 7,000 (Galaxy Note20) and Rs 10,000 (Galaxy Note20 Ultra) that can be redeemed on Samsung.com on products such as Galaxy Buds+, Galaxy Buds Live, Galaxy Watches, and Galaxy Tabs.

Samsung Galaxy Note20 specifications in India include the 2.73GHz octa-core Exynos 990 chipset, 8GB RAM, 256GB storage, and 4G network support. It has a 6.7-inch Infinity-O SuperAMOLED display with 1,080 x 2,400 pixels resolution, 20:9 aspect ratio, Gorilla Glass 5, and 60Hz refresh rate. In terms of optics, you are treated to a triple rear camera setup with a 12MP sensor with an f/1.8 aperture, a 12MP ultra-wide sensor with an f/2.2 aperture, and a 64MP telephoto sensor with f/2.0 aperture that offers 3x optical zoom and 30x Space Zoom. For selfies and video calling, you get a 10MP camera at front. The primary camera setup offers video recording in up to 8K resolution.

Moving on to the Galaxy Note20 Ultra, the top-end handset is also powered by the Exynos 990 in India. In other markets such as US and China, the smartphone will be sold with Snapdragon 865+ SoC at the helm. The phone comes with a 5G modem, 12GB of RAM, and 128GB/ 256GB/ 512GB storage, which is further expandable up to 1TB using microSD cards. Notably, there is also a 4G-only model of the phone, which will offered with with 8GB RAM and 256GB and 512GB built-in storage, also expandable up to 1TB using microSD cards.

Coming to the cameras, Galaxy Note20 Ultra also features a triple camera setup at the back but the sensors are different from those on the regular Galaxy Note20. Here, you get a 108MP (f/1.8) dual-pixel autofocus primary sensor (capable of recording in 8K resolution), a 12MP (f/2.2) ultra-wide sensor, and 12MP (f/3.0) periscope sensor that offers 3x optical zoom and 50x Space Zoom. You also get a a laser-based autofocus system for fast focusing. For selfies and video calling, you get a a 10MP (f/2.2) sensor with dual-pixel autofocus. The phone is fuelled by a slightly beefier 4,500mAh battery in comparison to the regular model. The handset features a support for up to 25W fast wired charging. Another improvement from the regular model is support for Bluetooth 5.1, instead of the 5.0 on the regular variant. Rest of the connectivity features remain the same.