91mobiles.com
Home News Samsung Galaxy Watch gets radio certification ahead of the launch 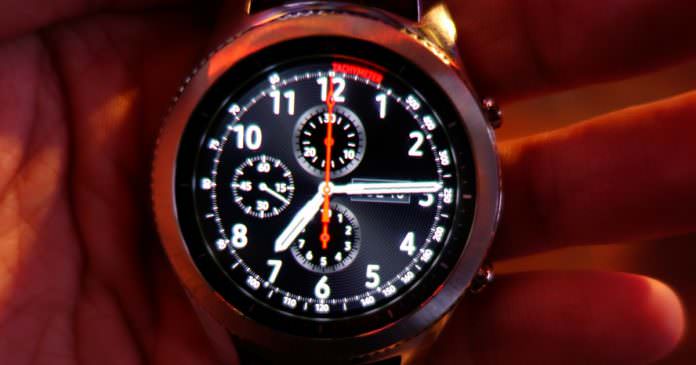 Several reports in the past few weeks have suggested that Samsung is planning to launch the Galaxy Watch smartwatch in the coming days. Ahead of the unveiling, the wearable has already been certified by several regulatory authorities. Now, the device has received certification from the National Radio Research Agency (NRRA).

The purported Samsung Galaxy Watch has been certified by NRRA with a handful of model numbers – SM-R800, SM-R805N, SM-R810, and SM-R815N. If the reports are to be believed, the company is planning to launch the wearable in two variants. Both are expected to offer 4G LTE connectivity, and come in different screen sizes. Unfortunately, the certification hasn’t revealed anything else about the upcoming smartwatch.

According to earlier reports, the Samsung Galaxy Watch could be powered by Google’s Wear OS, instead of the brand’s proprietary Tizen OS. The accessory is expected to come in 1.2-inch and 1.3-inch sizes, and offer 4G LTE, Wi-Fi, and Bluetooth for connectivity. No other details about the smartwatch are available at the moment.

If the rumour mill is to be believed, Samsung is planning to launch the Galaxy Watch alongside the Galaxy Note 9 flagship at an event on August 9th. However, it’s quite possible that the brand could unveil the accessory at the upcoming IFA 2018 instead.