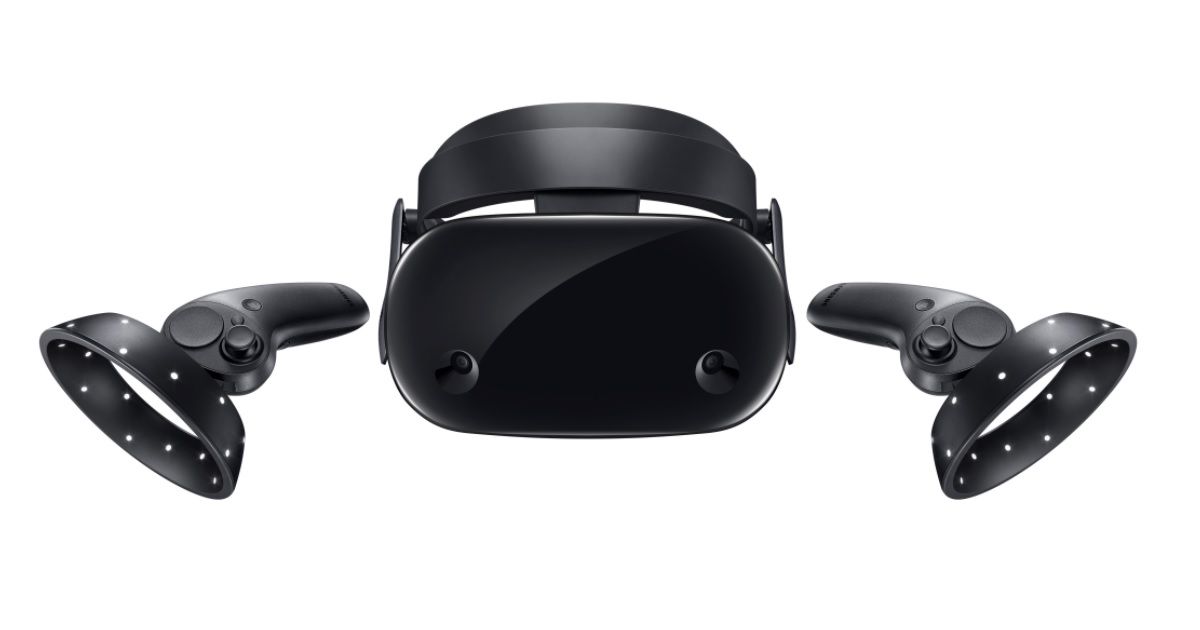 Samsung has been present in the mobile VR space for a while now with its Gear lineup of headsets. Last year, the Chaebol entered the PC VR industry with the launch of the HMD Odyssey, which comes with full support for Microsoft’s Mixed Reality platform. Now, an upgraded variant of the headset – the Odyssey+ has been spotted on the certification agency FCC’s website. The listing reveals several key specs of the new accessory.

According to the FCC listing, the Samsung Odyssey+ bears a model number XE800ZBA, which is almost identical to that of the Odyssey (XE800ZAA). This indicates that the new headset might have received minor upgrades over its predecessor. The representative image in the FCC document reveals a slightly bigger nose contact area, ensuring a more comfortable wearing experience. The listing also mentions ‘Wider Eye box, Wider Part of Nose, Anti-fog’, which suggests it will have a better viewing area and reduced lens fogging due to bigger nose part. However, nothing much seems to have changed on the technical front. The Odyssey+ is tipped to offer 3.5-inch AMOLED panel with a screen resolution of 1,600 x 1,440 pixels for each eye and a 110-degree field of view. 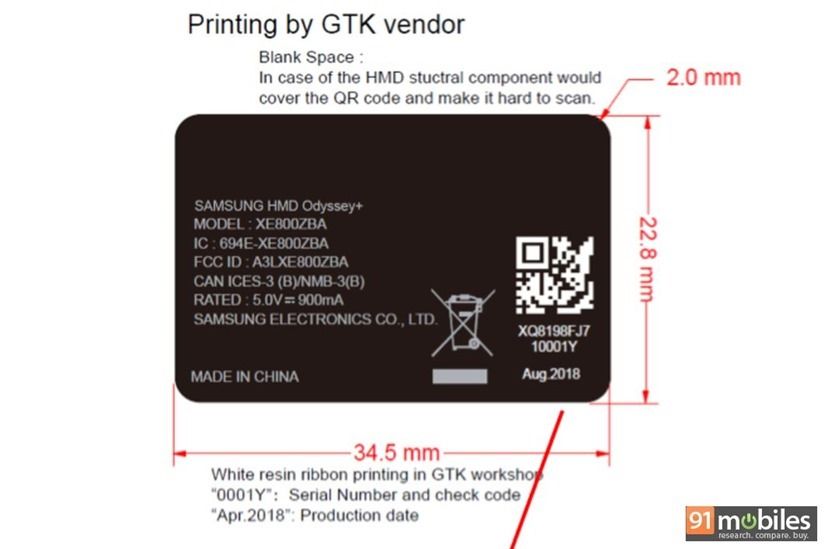 Further, the listing mentions that the upcoming headset will feature a technology called “AMOLED + SFS”. However, it’s not known at the moment what SFS stands for. Another interesting addition comes in the form of native compatibility for SteamVR. The FCC listing mentions support for both Windows Mixed Reality and SteamVR platforms. This means that the upgraded Odyssey+ will be able to play SteamVR games right away without having to rely on Windows platform. The FCC listing also reveals AKG tuned audio, HDMI, USB and Bluetooth.

As of now, nothing more is known about the upcoming headset including the launch timeframe and pricing. We will bring you more update as and when they emerge, so stay tuned.