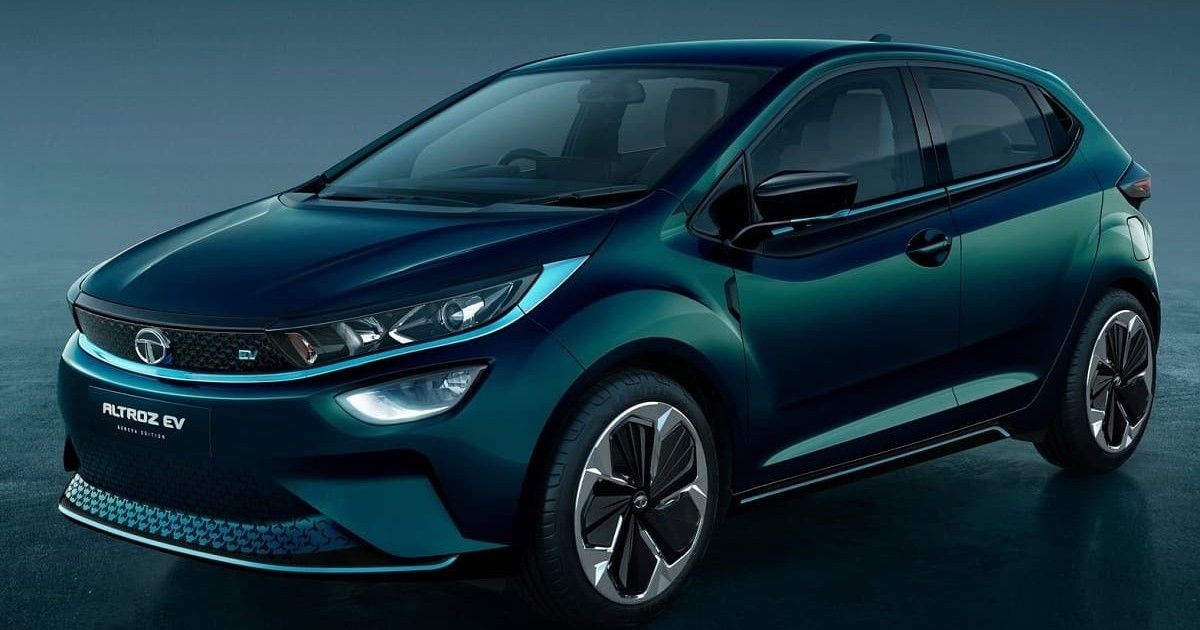 The Altroz EV is TATA Motor’s one of the most anticipated electric cars in India. It is expected to be an electric variant of the TATA Altroz ICE version. The TATA Altroz EV is likely to boast a similar profile and design language, with subtle tweaks both in the interior and exterior, as its petrol and diesel counterparts. Additionally, the upcoming TATA EV is said to pack in best in class premium features for a hatchback and may not shy away from a hefty price tag as far as electric cars are concerned. Here’s a quick look at the TATA Altroz EV launch date in India, price, specifications, and more.

Update: With the company introducing a concept car TATA Avinya EV at its latest event, the TATA Altros EV launch in India seems to have been postponed to later this year. Keep following the space for more updates.

TATA Altroz EV was due to launch in India in 2021 as announced by the company during the Geneva Motor show in 2019 where the car was first showcased. However, due to the COVID-19 pandemic, everything from the production of the EV to sale took a backseat, forcing Tata to put a hold on Altroz EV’s launch in India.

That said, if reports are anything to go by, the company may introduce the TATA Altroz EV in India on April 29th. The car was recently spied testing on the Indian roads. Its rear look similar to the TATA Altroz ICE variant, and the missing tailpipe suggests that the car in question is TATA Altroz EV.

While there is no word on TATA Altroz EV price in India yet, it’s expected to be positioned above its petrol and diesel counterparts. Currently, the Altroz petrol and diesel variants come with a starting price of Rs 6 lakhs and Rs 7.23 lakhs respectively. Keeping that in mind, if we have to speculate, the Altroz EV could be somewhere around the Rs 10 lakh price mark. The higher price is due to EVs utilising cutting edge technologies, high capacity batteries and sophisticated parts which tend to increase the production cost of a car, and hence a premium price for the end customers.

TATA Altros EV near-production specifications were officially revealed at the 2020 Auto Expo. Here are all the details:

The TATA Altroz EV is claimed to deliver a range of 250-300 km on a single charge, which is similar to that of the Nexon EV. Moreover, it is also believed that the Altroz EV will share the rest of the powertrain with the higher-priced Nexon EV. The car is said to come with 245 Nm torque and 129 hp horsepower. What’s more, the Altroz EV will utilise Tata’s signature battery technology called Ziptron, which ensures a maximum range and incorporates liquid cooling for covering long distances per charge.

Coming to the battery capacity, the Altroz EV is expected to be powered by a 30.2kWh lithium-ion pack. The pack could be charged from 0 to 100 percent in about 8 to 9 hours using the box wall charger that comes along with the car. It will also feature a fast charging option, which can charge the battery pack to eighty percent in 60 minutes.

The Altroz EV will feature a large-sized 7-inch touch screen display on the front to control various settings of the car and will also act as an entertainment medium to enjoy movies and videos on the go. Apart from that, the EV may also come with a mobile app to remotely access various features of the car and to also get a glimpse of various stats such as the remaining battery, nearby charging stations and most importantly to lock and unlock the car.

Being a premium hatchback, the Altroz EV will be one of the first products in Tata’s portfolio to utilise Agile Light Flexible Advanced (ALFA) Architecture. This technology will allow Tata to reduce the weight of the chassis and the frame but at the same time maintain the strong structural integrity of the car. A lightweight car ensures more range and gets the most out of the battery juice on a single charge. Coming to the interiors, TATA Altroz EV is said to have a futuristic appeal with tons of controls on the dashboard and spacious foot space. 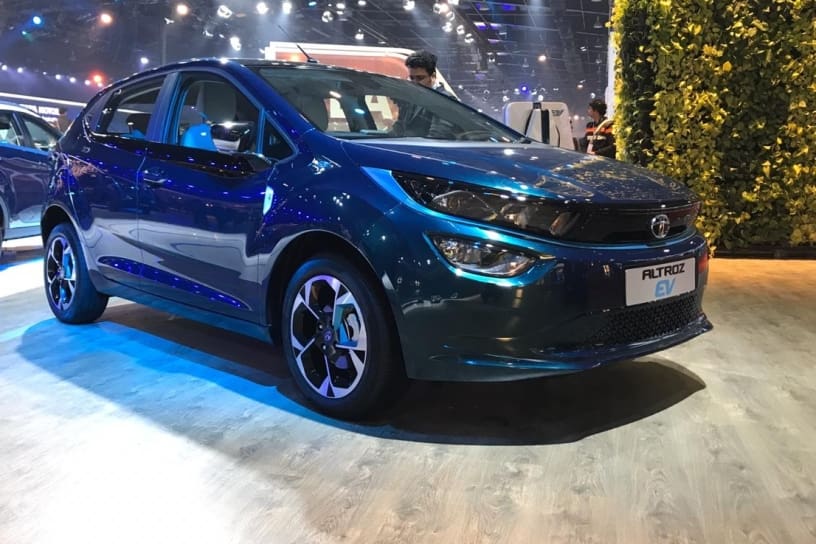 That said, as stated above, the overall design profile of the TATA Altroz EV will be similar to its petrol and diesel counterparts, but with small tweaks such as ultra-slim LED headlamps and a digitally inspired grill on the front. Additionally, the EV will also boast revised bumpers, a grille without vents, and futuristic-looking alloys. One of the confirmed colours for the upcoming electric car is blue. However, the company may introduce more colour options during the official launch.

When it comes to comparing the Tata Altroz EV with Nexon EV, one of the most prominent differences to be seen right off the bat is the design and size of both the cars. The Altroz EV is a premium hatchback, while the already launched Nexon EV is a compact SUV.

Coming to the specifications of both the four-wheelers, it is believed that Altroz EV will borrow the majority of the powertrain configurations from the Nexon EV such as a 129 PS electric motor, a 30.2kWh battery unit as well as similar torque and horsepower of 245 Nm and 129 hp respectively. Lastly, the most differentiating factor between both these cars would be the price where the base model of the Nexon EV currently starts at Rs 14 lakhs while the Altroz EV is rumoured to cost around Rs 10 lakhs.