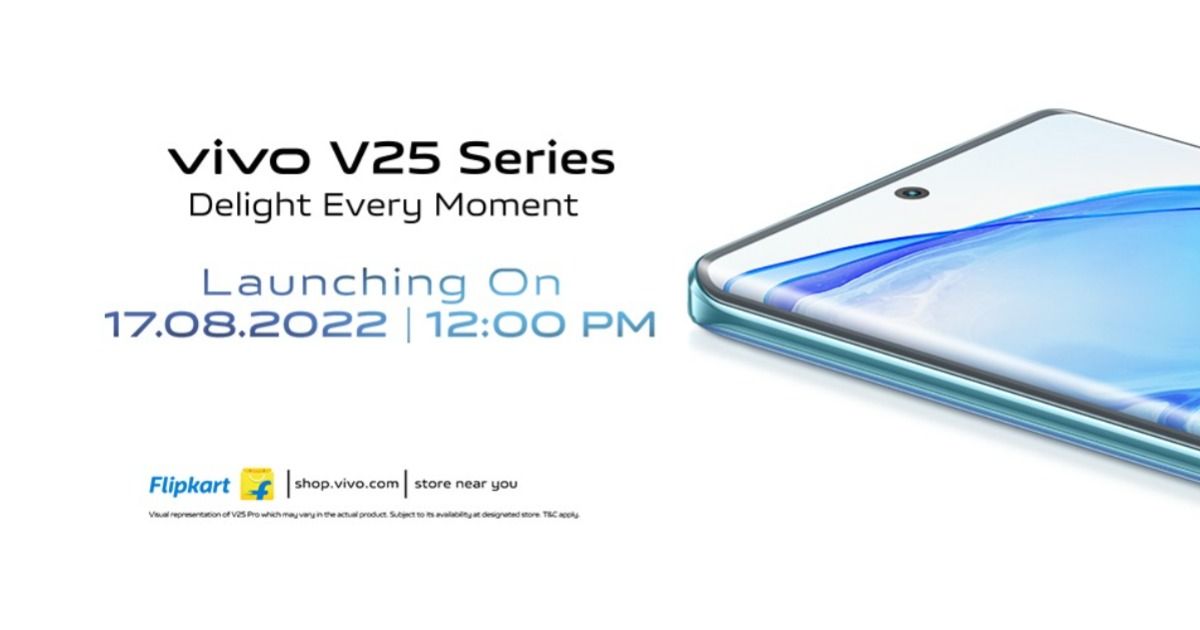 Vivo India is all set to launch its upcoming smartphone series, called the Vivo V25. The portfolio is expected to offer multiple devices, including the Vivo V25e as the base version, the standard V25, and the top of the line V25 Pro. All three devices under this lineup is tipped to be launched tomorrow, and will likely cater to varying price ranges of smartphone buyers in the country.

How and when to watch the Vivo V25 launch live

The Vivo V25 series will be launched at 12PM on Wednesday, August 17th. The launch will be live-streamed by the company on its official YouTube channel, where you can watch all the drama and excitement from Vivo’s latest smartphone launch event. Tune in to the event from the stream embedded below.

Leaked marketing material of the Vivo V25 series suggests that the V25e smartphone will be a 4G-only device, and could thus cater to the budget segment of the Indian smartphone industry. However, extensive details about the smartphone’s expected specifications have not been revealed — apart from flat edges on the sides, a yellow colour variant, and triple rear camera setup.

The Vivo V25, meanwhile, is tipped to feature a 64MP triple rear camera setup, a 50MP eye-tracking autofocus-enabled front camera, and a 4,500mAh battery with 44W fast charging. However, as of now, it is not clear if all three versions would be introduced in India. As of now, the teaser poster of the V25 series for India only features the V25 Pro, which is the most feature-packed version of the series.

According to reports, the Vivo V25 Pro is tipped to feature the MediaTek Dimensity 1300 SoC, along with multiple RAM and storage variants including 8GB RAM and 128GB storage, and 12GB RAM and 256GB storage. It is also tipped to feature a 6.5-inch AMOLED display with 120Hz refresh rate, a 64MP triple rear camera setup, and a 4,800mAh battery pack with 66W fast charging.